Inside the most haunted places in Australia

From a creepy old anatomy building which once housed Phar Lap’s heart and a manor known for the unexplained deaths of murdered caretakers and maids, to an infamous swimming hole called ‘Devil’s pool’ that has claimed 17 lives, Australia undoubtedly has its fair share of haunted locations.

This Halloween we take a look at the country’s most spine-tingling sites, so sit back and enjoy taking a ghost train ride to Australia’s most haunted places…

Just 220km north-west of Canberra is Australia’s very own House of Horrors – a haunted Victorian-era mansion known as the Monte Cristo Homestead.

The heritage-listed red-brick manor has been known for its creepy and unexplained deaths over the years, from a stable boy burning to death and a baby falling down the stairs, to a maid pushed off a balcony and a murdered caretaker.

Even today, locals believe that their ghosts still lurk and wander around the manor’s eerie candlelit rooms.

The owner of the Monte Cristo Homestead runs a combined ghost tour and bed and breakfast package for $195 for those who want to see and experience it for themselves.

Previous guests have said they felt difficulty breathing, dizziness and a sudden need to vomit during the tour.

Cockatoo Island in Sydney Harbour is a diverse site that has housed everything from a convict jail and reform school for girls to a shipbuilding yard.

It is has been known as one of Sydney’s most haunted locations ever since the killing of a soldier dating back to 1857.

Samuel Bryant was stabbed in the heart with a bayonet by another soldier named Edward Cook. 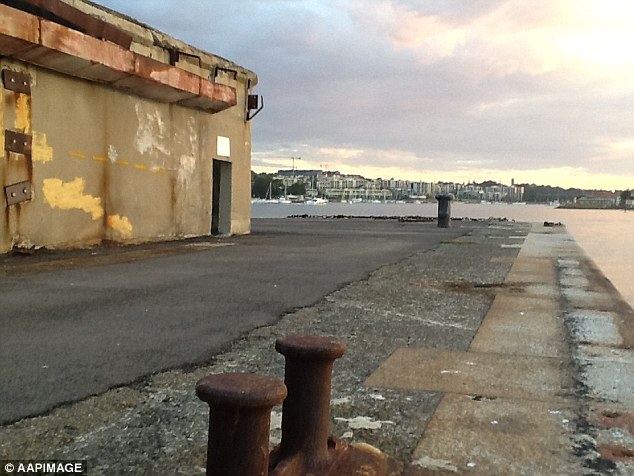 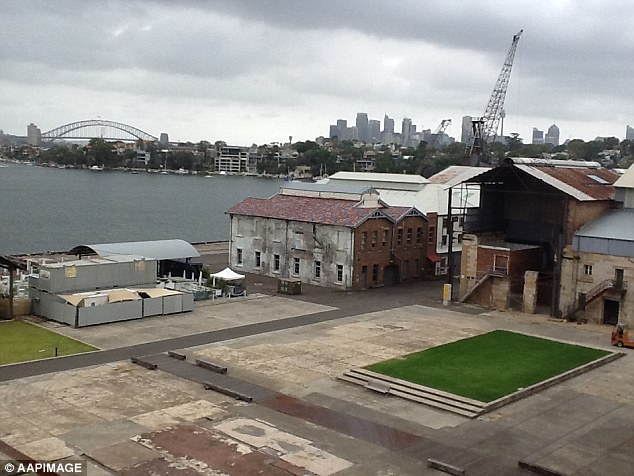 Later in the mid-19th century a rising problem with orphaned children being involved in street gangs led to the establishment of a reformatory for girls, which was named Biloela, the Aboriginal word for black cockatoo.

Head of the school George Lucas was known to brutally punish the girls for misbehaving by making them give up their beds and sleep on the cold stone.

Later in 1858, Gother Mann was superintendent of the school and her daughter Mary Caroline ‘Minnie’ Mann is said to still roam the halls of the old reformatory. 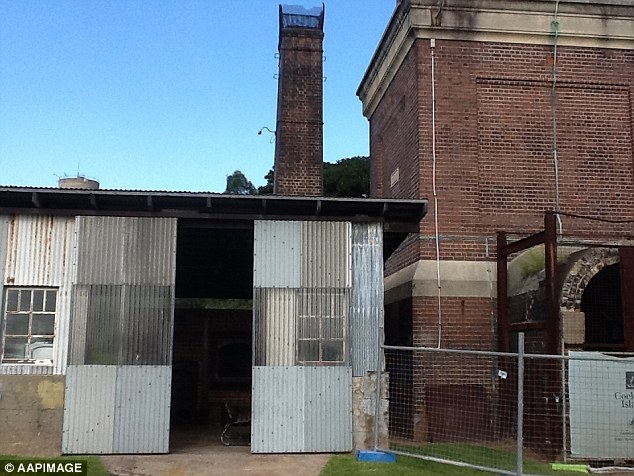 In recent years visitors have claimed a girl in a white dress eerily featured in their photos. Some believe the girl pictured is Minnie.

They said they saw a little girl in a white dress, matching Minnie’s description, entering their tent and asking them to play with her in the middle of the night.

In the middle of a lush Queensland rainforest sits a haunted swimming hole aptly named Devil’s Pool which has claimed at least 17 lives.

Located in Babinda, north Queensland, the pool is a popular destination for Australian hikers and backpackers travelling up to Cairns.

A sign in front of Devil’s Pool gives explicit warnings to people venturing in the area. It reads: ‘This creek has claimed many lives.’ 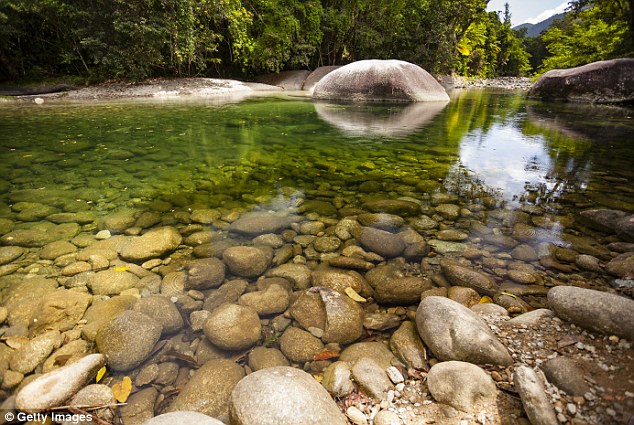 According to Aboriginal folklore, a young runaway bride who fell and drowned at the swimming hole while calling for her forbidden lover to join her is believed to be linked to the deaths.

The legend begins with a young woman named Oolana who married an elder from her own Yidinji tribe. Yet shortly after they married she fell in love with another man named Dyga from a touring tribe.

Rosanna Brown, post office manager from Babinda, previously told Daily Mail Australia that the two lovers ran away from their tribes and fled to what is now known as Devil’s Pool where they were captured by elders. According to Aboriginal folklore, a young runaway bride who fell and drowned at the swimming hole while calling for her forbidden lover to join her is believed to be linked to the deaths 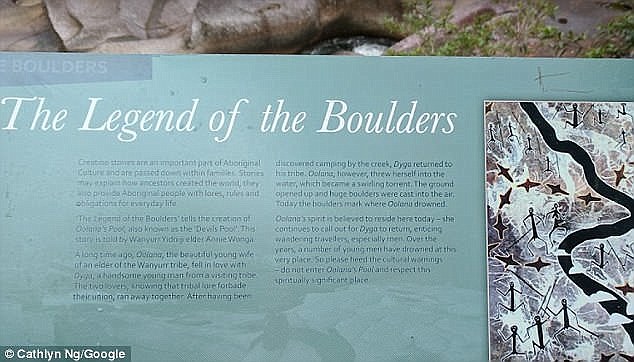 Daily Mail Australia has been told 16 of the pool’s 17 victims were male backpackers and tourists, reflecting the Aboriginal legend

Yet Oolana broke free and leapt into the creek waters calling for Dyga to follow, Ms Brown said.

Ms Brown said 16 of the 17 victims were male backpackers and tourists, which matches the legend.

The National Film and Sound Archive (NFSA) in Canberra was a former anatomy institute for 50 years. 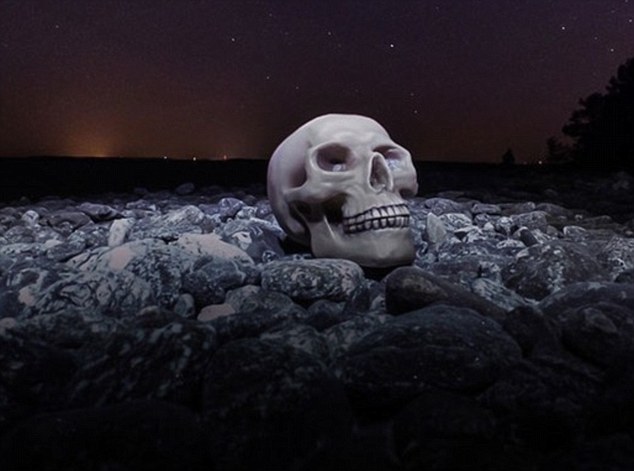 Horrorfest (pictured) is being held at NFSA in November, featuring mini ghost tours of the haunted building

Phar Lap’s heart weighed a staggering 6.45 kilograms, which is 1.5 times more than an average thoroughbred’s heart.

The racehorse’s heart was taken for testing after his sudden death in America in 1932 before it was exhibited in the Australian Institute of Anatomy.

It was found to be of an unusually large size, and was donated to the Australian Institute of Anatomy, where it was on show for many years.

This November, Horrorfest is being held at NFSA which will include ghost tours of the haunted building 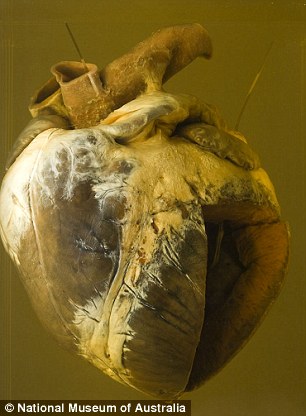 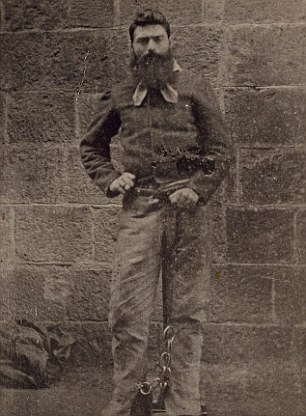 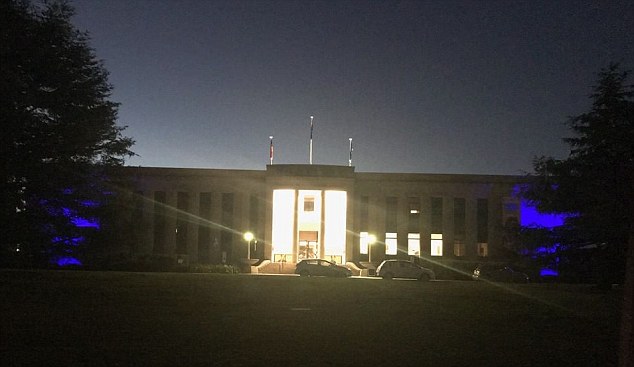 While a beautiful heritage theatre seems like an odd addition to Australia’s most haunted places list, people believe the ghost of a former actor still wanders around the stage and dark halls of the establishment.

In 1888, actor Frederick Federici suddenly died onstage before the curtains closed. Federici had been performing on the opening night of an opera.

While he died mid-performance, the show still went on and spectators said they swore they saw him reappear and bow with the rest of the cast at the end of the show. 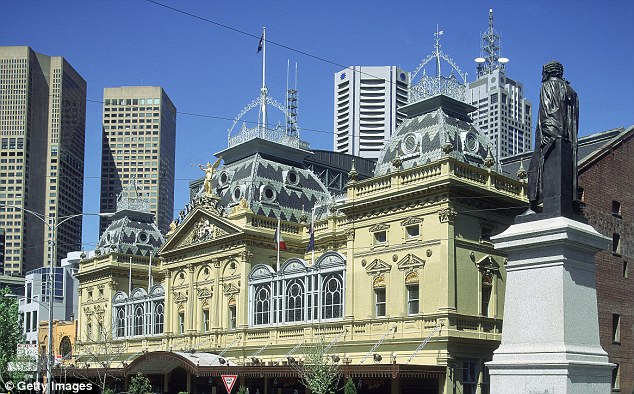 In 1888, actor Frederick Federici suddenly died onstage before the curtains closed at Princess Theatre (pictured) – and the audience said they saw him take a bow after the performance

Just 80km south-west of Sydney in the middle of regional NSW sits Picton.

Redbank Range railway tunnel in the town’s centre claimed the lives of many locals over the years when it was still active but now it is a popular tourist destination site.

The death of Emily Bollard is the most well-known. The 51-year-old was believed to be taking a short cut through the tunnel to her old home to see her brother.

Yet she never made it back and her body was found in the early hours of December 13, 1916. 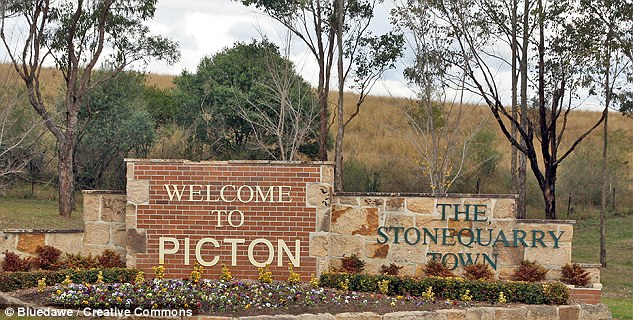 Some believe Picton is Australia’s most haunted town