Want to know how many bacteria are exchanged in a kiss? Then visit the remarkable museum dedicated to MICROBES (which has an interactive kiss-o-meter)

There are 1.5 kilograms of microbes in every human being. Yet, most people go about their lives not even acknowledging they are there.

This is something the Artis-Micropia museum in Amsterdam wants to change.

The only one of its kind in the world, the museum is dedicated to teaching the world about microbes and how vital they are to life.

In its interactive exhibition, visitors can learn how microbes influence what you can smell and taste, whether you get ill or stay well and how microbes can be used in the creation of alternative energy sources.

They can brush-up on the history of the discovery of microbes, learn about the behaviour of parasitic microbes and discover how microbes play a role in fermentation. 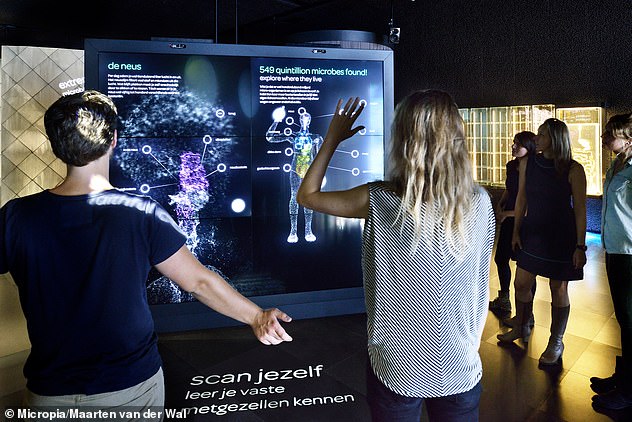 Visitors to the museum can also take part in a range of hands-on activities to learn more about what it calls ‘the smallest and most successful of life forms’.

These include a full body scan that shows visitors where microbes are on their bodies and clothing – and how many. Plus, there are microscopes to look through and Petri dishes to examine.

Couples, meanwhile, can test out the kiss-o-meter, which tells partners how many bacteria they exchange when they kiss.

Artis-Micropia opened in Amsterdam in 2014 as a new paid-for section of the Artis Amsterdam Royal Zoo. Its aim was to be more than a museum. 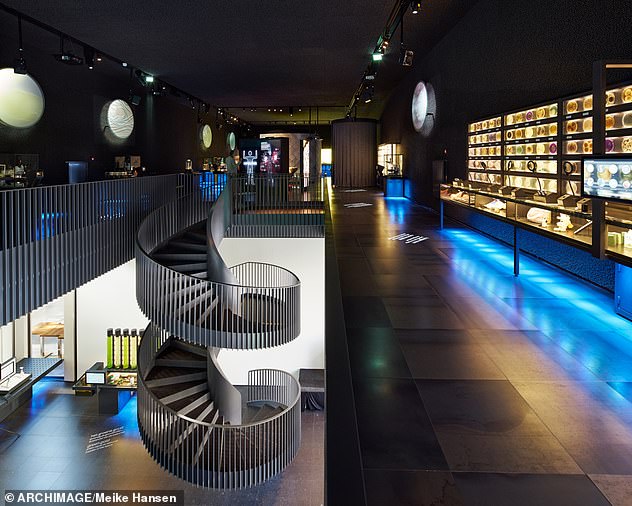 Visitors can brush-up on the history of the discovery of microbes, learn about the behaviour of parasitic microbes and discover how microbes play a role in fermentation 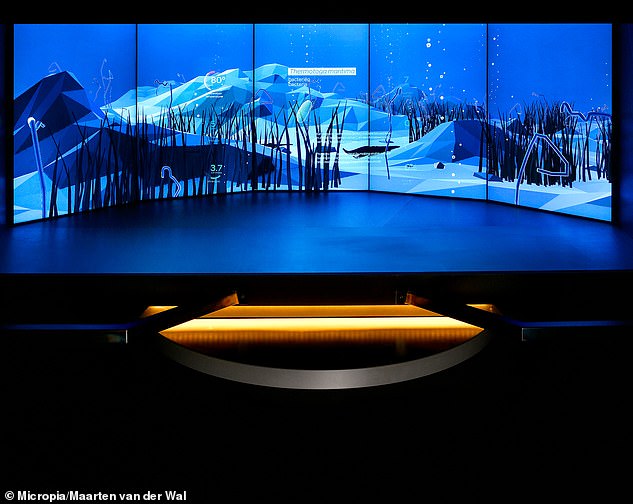 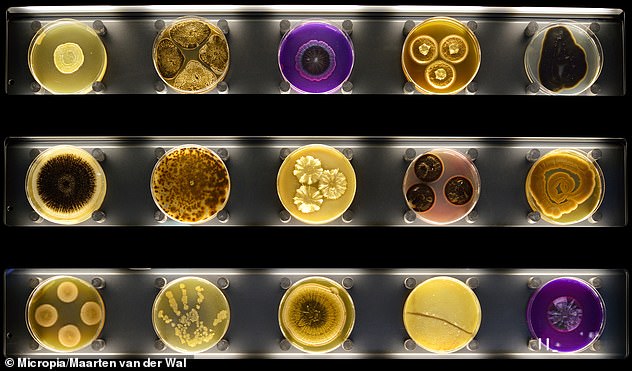 Artis-Micropia has received a plethora of positive reviews on Tripadvisor. This image shows a display at the museum of microbes in Petri dishes

The museum’s team explained: ‘Micropia is not just a museum, but also a platform, a link between the general public and science.

‘Micropia will encourage a wide public to discover microbes from an early age. That is how Micropia will boost the image of microbiology in our society, leading to more students, more cooperation from society at large, and more innovation.’

If the thought of a museum dedicated to microbes sounds a little dull to you, you might be surprised by the Tripadvisor reviews.

One reviewer wrote: ‘Best museum ever’ another called it ‘one of the best science museums I’ve ever visited’, and another reviewer said: ‘Would put this as No 1 on a list to visit in Amsterdam.’