A Liberal party leadership riddled with ‘glaringly obvious problems’ has been blamed for the landslide defeat suffered in the Victorian state election.

After Melburnians voted for another four years of Labor leader Daniel Andrews to be the state’s premier on Saturday, Liberal consultant Megan Purcell took to social media to slam her party’s campaign management as dysfunctional.

A former candidate for the seat of Bendigo, Ms Purcell labelled state Liberal leader Matthew Guy and his cohort as having ‘egos as big as houses but some of them have not necessarily the brains to match’.

In her explosive Facebook post, Ms Purcell lists the issues within the Liberal party that left her ‘mortified’.

She says Mr Guy’s ‘refusal to delegate’ made him overbearing.

‘Each campaign day was mapped out, planned and then scrapped and started again numerous times, often late at night.’

She wrote that he micro-managed every decision to the extent of personally mapping out which streets his campaign bus would drive through and was ‘not focused on big issues like actually winning votes with good policy’.

She said Mr Guy’s controversial to a cafe in Frankston, illegally operated by a former convicted drug offender, was one of many ‘last minute mistakes’. 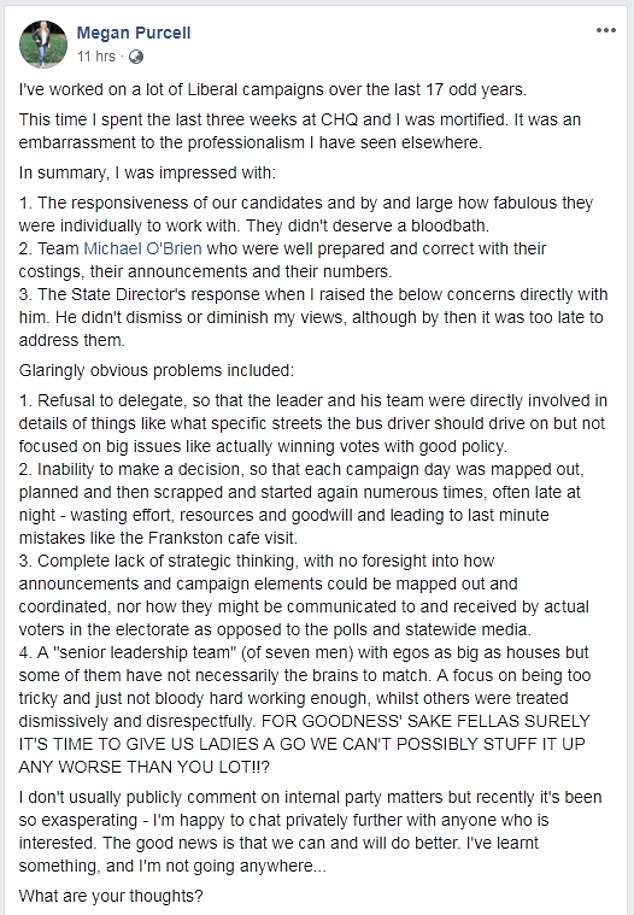 Ms Purcell went on to voice her anger at the fact that the party’s leadership were predominantly male.

‘For goodness’ sake fellas surely it’s time to give us ladies a go,’ she wrote.

‘We can’t possibly stuff it up any worse than you lot!!?’

She did, however, commend State Director Nick Demiris for listening to her concerns of the leadership being ‘dismissive and disrespectful’, but lamented it was too late to change anything.

Signing off on the post, she wrote: ‘The good news is that we can and will do better. I’ve learnt something, and I’m not going anywhere…’

The statement comes the day after a ‘bloodbath’ in which Labor retained the state’s leadership with 52 seats out of the 88 seat Legislative Assembly. 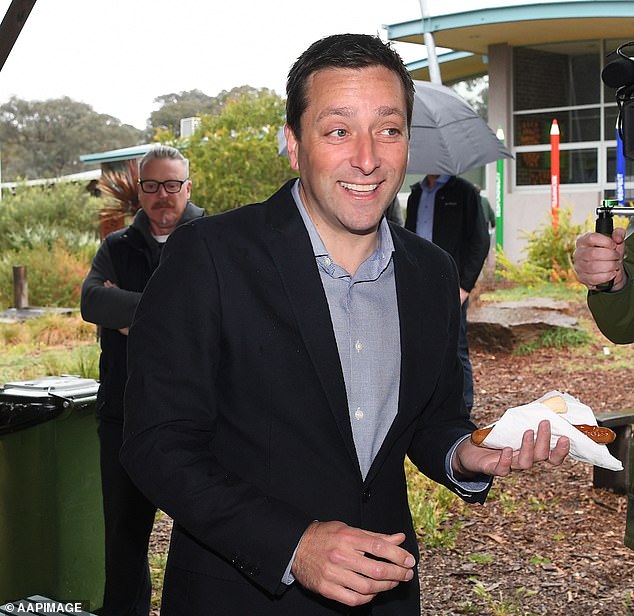