Insights And Observations About Super Mario 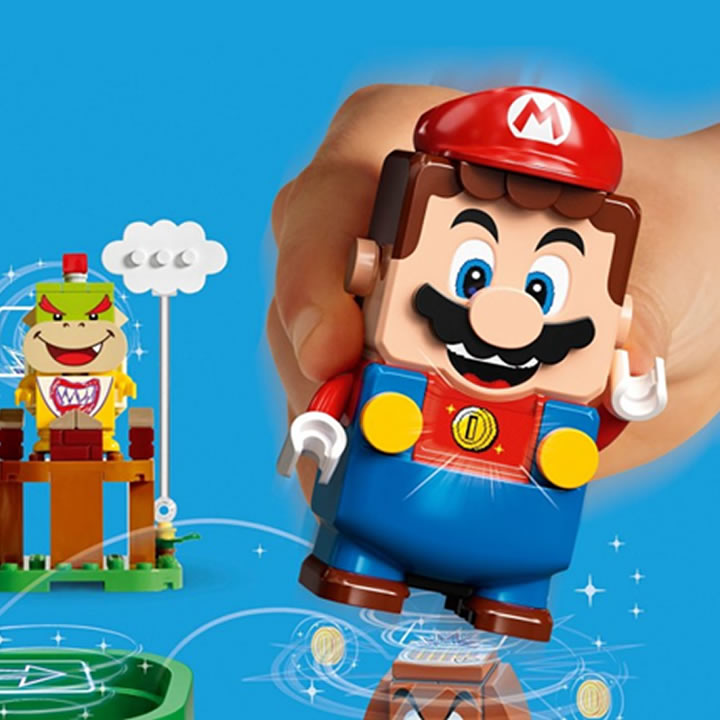 It has been more than 35 years since the first Nintendo game with the jumping plumber was introduced to computer game lovers and reached enormous success worldwide.

This was the game that has made the console popular too as the character did not look like anything else that existed on the market as well as other characters and objects also have become very popular and beloved by people worldwide. The game is still very popular and still, there are a lot of online emulators allowed to play Super Mario Bros free on the internet.

The protagonist first appeared in Donkey Kong, which was the first Nintendo game, where Mario had to save a woman who was kidnapped by a huge ape.

The name of the main character was created later on. At first, the plumber was simply called a “Jumpman” and the name Mario was created in the latter part of the Donkey Kong development.

Even the creation of Mario’s brother by the name of Luigi for the two-player mode did not dismiss the main character from the stage. His sibling had more personality and was also very popular but it was Mario that has won the hearts of the players around the world.

The last name of the main character was unknown and its absence resulted in lots of rumors of what the surname of Mario is. Some people simply call him Mario Mario and the others refer to both brothers being called Mario Bros. It is argued that there is no surname at all.

There is the opposite character in the game that is called Wario. The character appears in several dozens of games and acts as an evil Mario. His relation is initially not known at all and apparently, it is simply the imagination of the creator. There are popular games like Wario Land and WarioWare that added popularity substantially to the whole sequel.

Many argue that it starred absolutely nothing in Wario Land and WarioWare.

The modern game rarely produces a character that gains enormous popularity among such an enormous audience. It is primarily based on the fact of what the character does in the game and what the plot of the game is.

Despite the fact that the producer does not create new characters like Mario at present, the themes are heavily backed by the company like Universal Studios.

The game’s music is also instantly recognizable and used almost anywhere these days.

There is an essence of the gameplay that makes the sequel very popular, including the way how the main character jumps, moves, and what it does in general. The game is entirely enjoyable from the first seconds when players start to play it, completing the conquests and making discoveries. Mario can change in size and deal with an enormous amount of enemies that are met on the way.

The cartoonish approach allowed the creator of the character to make him a very popular avatar exuberance. The party goes on and on as Mario can be seen in many other merchandise and events. It fills in well into the mold of being used almost anywhere as his look is rather iconic.

Even in the Tokyo Olympic games, the image of Mario will be used on many occasions. The character will compete in various contests and is widely regarded as a great marketing tool. No other character from any computer game has reached such success.

In 2003 Mario may have appeared in a very successful game such as Grand Theft Auto when the character was supposed to steal cars and kill prostitutes. However, one of Nintendo’s executives George Harrison defended the product and said that it will never come to fruition.

It is hard to resist Mario’s charisma and both games are treated as being equally popular.

Mario survives that teats of the time as today new releases are more popular than ever, where the protagonist can challenge dinosaurs and complete various quests of new editions of the sequel.

Collections of coins were questioned by the editor at New York Times in 2012. The major question was asked, what the protagonist does that forms the answer is obvious as the collection of coins guides the character and therefore the players through levels of the game.

There are various ways in how the system can be beaten. It is used in many computer games, including Mario. The character can break the ceilings sometimes to create shortcuts and make the progress on the way with ease. It is widely used in lots of games these days.

In 1996 the game was moved to a new dimension with Mario 64. Super Mario 3D version is regarded as a compilation of Mario 64 and treated as a pure marvel.

Some mistakes were also made when Mario was shooting the water. Players still welcome the game and adore it.

Mario Galaxy was marvelous where the character was able to fly and participate in spherical worlds.

In 2006 2D gaming gained popularity once again. Although it was the old technology, which was revolutionized by 3D Mario, step back was considered a wise move.

Over the course of three decades, Mario games evolved and got even more popular. Games have become more sophisticated and complex. There have been several lives in each game that allowed the players to get several tries to complete each level. However, in the latter series more opportunities to have more tries have been offered. Penalties have become easier to deal with.

Mario Galaxy was revolutionary in the way that difficulty may have been managed by “co-star” mode, where the second player could have assisted the other one by the use of the controller.

There have been lots of games, which have been created by fans that were not licensed, hence lots of lawsuits have been launched.

In order to make things easier, Super Mario Maker has been launched, so that people could create their own versions of the game on 2D levels.

Classic games were recreated, so this was the case in 2004 with Warioware being part of the game sequence.

There were options like grass-roots senses, which featured speedrunning. It meant that that runs could have been accomplished very quickly in under five minutes and even a few hundreds of a second.

The details of Mario’s irises were unveiled on Twitter most recently.

It was suggested by some fans that narrative timelines exist in the game. It was not the case by any means.

The games that featured the rescue of Princess Peach were regarded as retrograde. It in fact featured 3D collection games.

Princess Peach was one of the main protagonists in 1988. In 2004 a completely different role was given to her as she had to save Mario. The princess may have become angry and had to pass through various obstacles in the game.

Over the course of time, the older series of the game have become obsolete and Nintendo had to make sure that older games can be run on newer devices. It was done with great precision and success. The new generation of players may try the classic at any time.

Super Mario Sunshine was released in 2007 and a new effort was given in 2012. However, these days it is hard to find this edition and play it in 3D. It simply disappeared from the market.

Nintendo is a very popular company but some actions are treated as weird. It has stated that new 3D collection games will be sold only until 31st March.

Mario is famous for making jumps hence players may ask what jump is the best the Super Mario 64 features a trio of complex high-arc leaps. It is considered to be the best experience in Mario jumping of all time.