A too-trusting Instagram generation is falling victim to ‘get rich quick’ scams – costing victims a staggering £87,400 a day.

Research by regulator the Financial Conduct Authority has found that under-25s are increasingly being duped online by fraudsters promising juicy payouts from so-called ‘binary options trading’ – a form of betting on financial markets.

The watchdog is sounding an urgent warning to would-be investors in the latest phase of its ScamSmart campaign, designed to strengthen consumers’ resolve against the scourge of financial fraudsters.

Traders reel in victims by posting glamorous profiles showing how they are living the high life of fast cars and luxury watches – all because they bet on binary options.

But these posts are scams. Once a purchase is made, prices are distorted on the fraudster’s website and the victims are tied in with complicated escape clauses – or even have their accounts shut down with no money returned.

New research from the regulator reveals that young adults are six times more likely than the over-55s to succumb to a scam on social media. Its findings also confirm the internet has overtaken the phone as the most common method used by investment crooks.

Similar deceptions involve crypto-currencies where victims are persuaded to back bets on the rise and fall in prices of the likes of Bitcoin or Ethereum.

Cash-strapped students struggling to stretch tight budgets are among those who have become easy prey.

Izzy Lenga, vice president of welfare at the National Union of Students, says: ‘University students are forced to take on an enormous debt burden from the moment they begin studying and are often given insufficient financial support to survive throughout their studies. 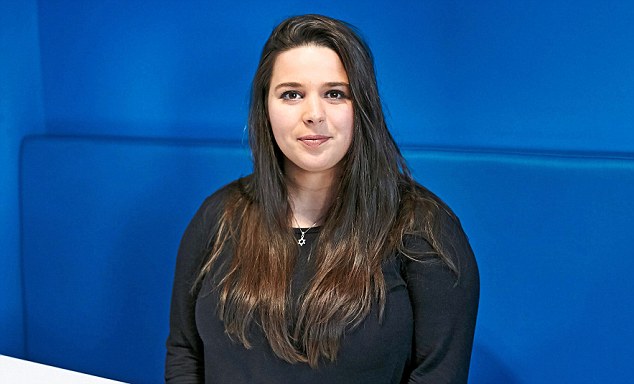 Warning: Izzy Lenga, vice president of welfare at the National Union of Students, says students are at risk

‘No wonder we are seeing people seeking financial opportunities. It is disgusting that investment scammers are taking advantage through false or fraudulent advertising.’

She adds: ‘We would urge students to be aware that fake posts are widespread. They must do their research before signing up to anything online.’

Until recently the over-55s were most at risk of investment fraud. But the new research by the regulator shows that older people are getting wise. Now, some 13 per cent of under-25s would trust an investment offer received via social media compared to just 2 per cent of over-55s. Figures from Action Fraud, which collects data on fraud nationally, confirm the age profile of victims is falling. It found a third of under-50s are more likely to fall for binary option fraud than any other type of investment scam. Just one in five over-50s would fall for such a scam.

Victims are drawn in by slick websites and glowing – but bogus – reviews about how investors can profit. 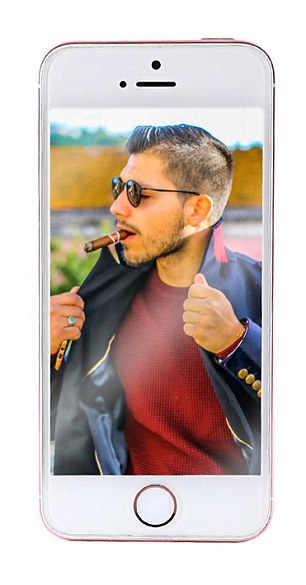 Binary options involve making a bet on the expected value or price of a stock, commodity or even a currency or index. The bet might be on the price being higher or lower over a period of just a couple of minutes. Promised returns can be massive. The methods used to ensnare victims are similar.

Small businessman Steve, from Kent, is ruing the day he first handed over £1,000 to a binary options firm. The salesman quickly persuaded him to up his bet to £10,000.

After five months, the 45-year-old was told his initial investment had grown to £40,000. He was delighted and decided to withdraw the money while the going was good.

But in a classic scammer’s ploy the firm told him he would first need to invest more. His calls were not returned and his online login details stopped working. Eventually he discovered to his horror the company had gone into liquidation, taking his money with it.

The sting did not end there. Steve was then contacted by a company that promised to get back his money – for a fee of £1,500. He paid, but it was just another trick.

Many victims, like Steve, ‘max out’ their credit cards to pay hoaxers, pushing themselves into serious debt.

Binary options trading is not a fraudulent activity. But many legitimate operations sail close to the wind. Tony Hetherington, The Mail on Sunday’s Readers’ Champion, regularly reports on these dubious operations.

Up until this year many binary options firms were able to make fanciful claims about returns because they were not regulated by the Financial Conduct Authority. But they now come under its wing.

Patrick Connolly, of Bath-based investment adviser Chase de Vere, says: ‘This form of trading is akin to betting on slot machines. Even those who put bets on legitimate binary options are likely to lose more often than they win. I would warn people against getting involved in such risky trades.’

Buyers of binary options now have recourse to compensation under the Financial Services Compensation Scheme. They can also

take unresolved complaints to the Financial Ombudsman Service – but only if the firm is authorised by the regulator.

The Financial Conduct Authority already lists on its website 94 firms that have no such authorisation, some abroad but posing as UK based.

Worries about the impact on investors are growing. The regulator is working closely with The European Securities and Markets Authority, which is investigating whether to ban the sale of binary options to retail investors altogether.

Cryptocurrencies remain unregulated although derivatives such as futures and contracts for difference linked to these digital currencies may be covered.

Mark Steward, director of enforcement at the regulator, says: ‘As people have become more sceptical of investment-related cold calls and consumer habits have changed, we have seen investment fraud moving online and on to social media.

‘While their websites and profiles appear professional, they are all too often run by fraudsters. They fix prices and pay-outs, or in some instances do not place trades at all, before disappearing with innocent investors’ money.’

The latest wave of the Scam-Smart campaign, backed by Nick Hewer, former adviser to Lord Sugar on TV’s The Apprentice, begins today on radio and online. Hewer says: ‘If you get an email or message about an investment from someone you do not know, just delete it.’