The trend has prompted restaurants and cafes all over the world to create food fad after food fad with one condition: they all have to look great on camera.

But while some of these trends, such as sushi burritos and ramen burgers, taste as good as they look, others don’t always live up to expectations.

Social media users have dared to post the truth about fads such as avocado burger buns, rainbow bagels, and cauliflower pizza bases, which all went viral on Instagram when they were first launched.

And they have revealed that they can be awkward to eat, and often don’t taste very good at all.

One diner called this avocado bun ‘a brilliant idea’ and said it was ‘so cute’. But she did admit that it was ‘painful to eat’

Cookbook author and model Chrissy Teigen said in an interview this week that she wants to see an end to food fads that don’t taste as good as they look.

She hailed the ramen burger – where the bun is replaced by deep-fried ramen – as an exception to this rule, as she said they are genuinely delicious.

But anything that is made specifically because it will look good on Instagram ‘needs to die,’ she said.

FEMAIL Food&Drink has put together a selection of the food fads that don’t live up to the hype, despite having millions of likes on Instagram. 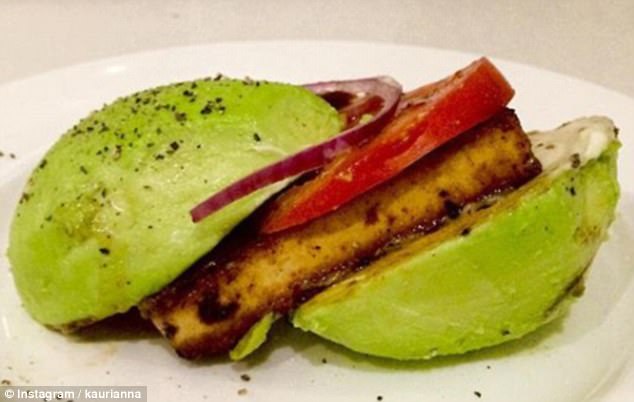 Avocado buns burst onto the foodie scene a few years ago, and the term ‘avocado burger’ has been hashtagged on Instagram more than 15,000 times.

It definitely looks pretty, with the splash of green adding colour to what might be an otherwise very beige burger photo.

But many have admitted that these are impossible to eat like a normal burger as the avocado is too slippery to hold securely in your hands.

Rainbow bagels look so pretty on camera, but a few social media users say they are very dry in real life. This Instagram user said this one, from an Australian branch of Starbucks, tasted like ‘cardboard’

Rainbow bagels have been around for years now but they continue to be one of the most viral food trends on social media.

They have been hashtagged nearly 40,000 times on Instagram, with many users delighting in getting their hands on one in reams of photos online.

But a few naysayers have dared to write that actually, their rainbow bagel didn’t taste as good as it looked, with some reporting that they can be dry due to the food colouring used.

One Instagram user, aiileece, said theirs tasted of ‘cardboard’. 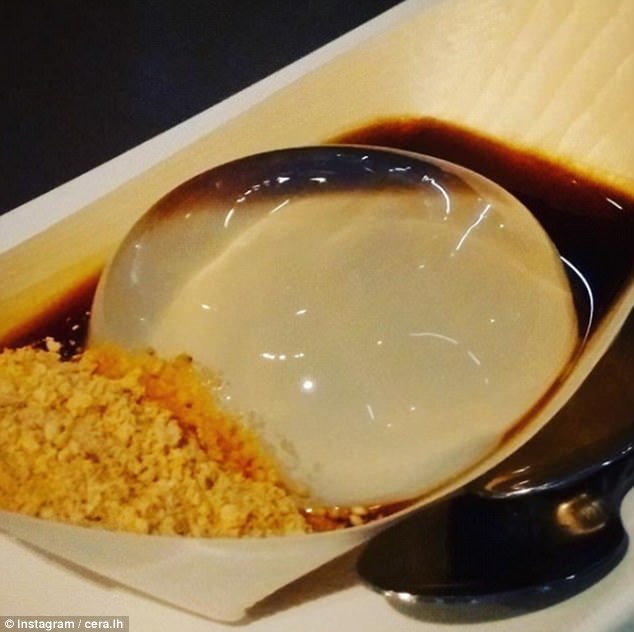 One Instagram user got her hands on a Japanese raindrop cake, which became an online sensation last summer. However she said it tasted like ‘water’ and wasn’t very sweet

These Japanese cakes – which are in fact more like jellies in consistency – were all over social media last summer and for very good reason.

The clear cakes look exactly like raindrops and are very impressive desserts. They are reported to be extremely hard to make.

However several who have actually tried these pretty globules have said that the ‘cakes’ taste of nothing. 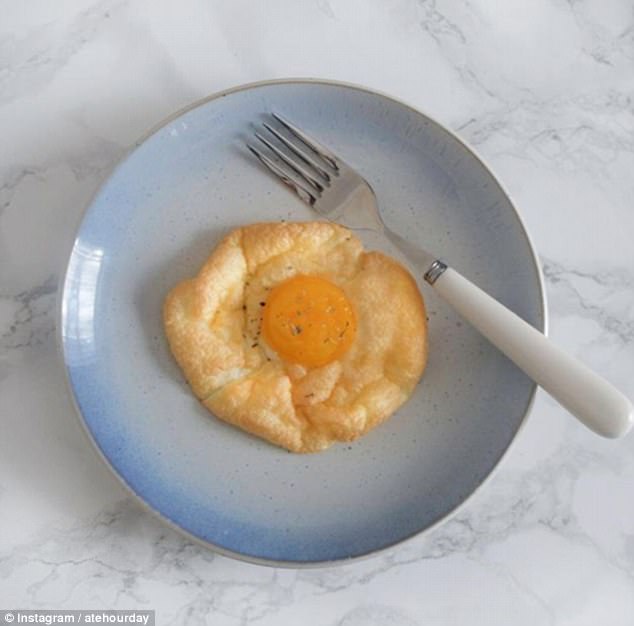 This Instagram user said their cloud egg looked more like a cushion and that the taste didn’t live up to expectation. They added that they would stick to scrambled eggs next time 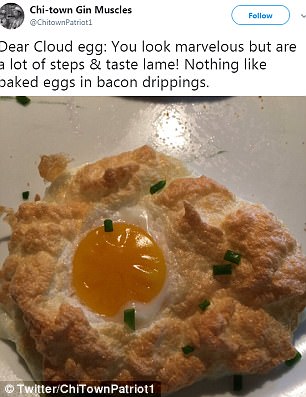 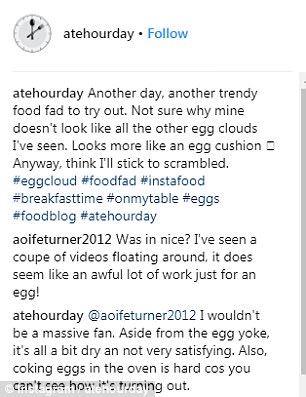 Another Twitter user called cloud eggs ‘lame’ and nothing compared to baked eggs. Meanwhile user atehourday said that cloud eggs were ‘dry and not very satisfying’

Cloud eggs were one of the biggest viral food trends of 2017, and it’s not hard to see why.

With their big fluffy puffs of egg whites, they do look just like clouds, with a runny yolk in the centre.

But though some health fanatics love them, others have not been impressed by them.

Many say that they taste ‘dry’ and are not worth the faff of separating the yolk form the whites, whipping the egg whites and then baking them together in the oven.

The Guardian’s Felicity Cloake also points out that cloud eggs, at 161 calories, have more calories than poached (143 calories) or boiled eggs (155 calories). 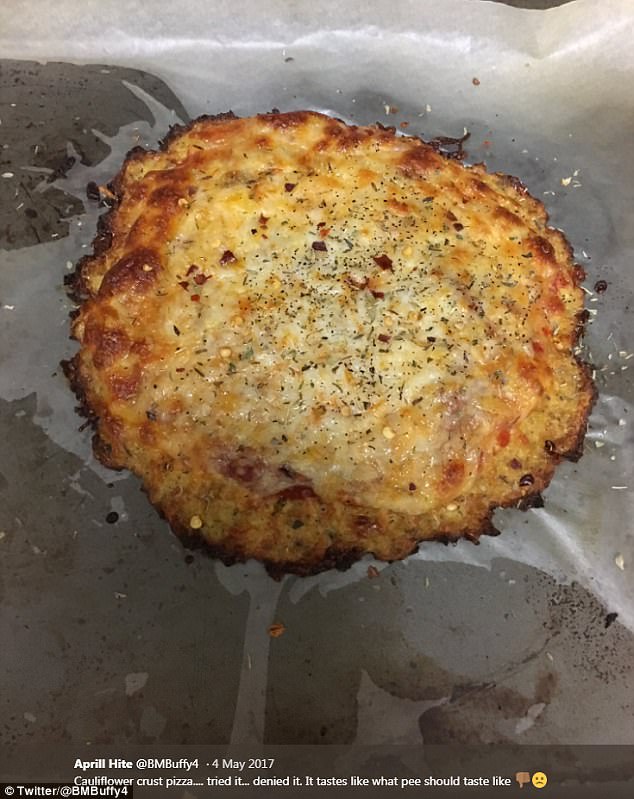 In the last few years, fitness influencers on social media have been promoting low-carb diets.

And so the cauliflower pizza based was born: a low-carb alternative to a traditionally calorific treat.

Some rave about the vegetable-based version of this takeaway staple, and it’s been hashtagged on Instagram more than 62,000 times. 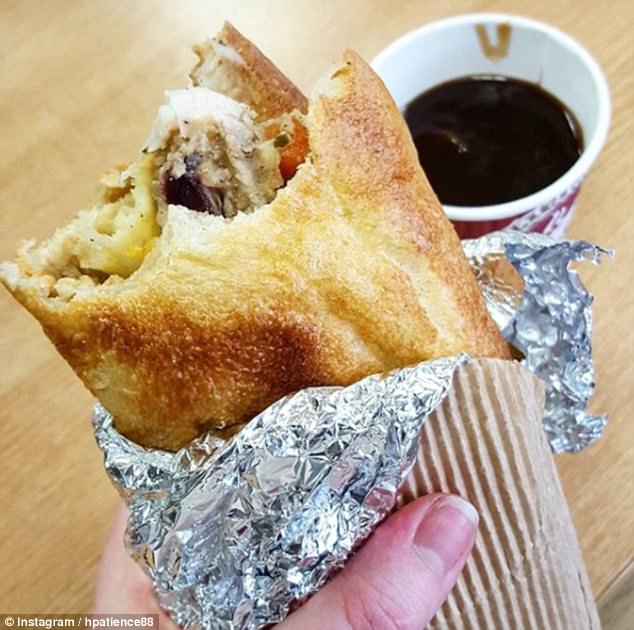 Yorkshire pudding wraps – the contents of which are the staples of a roast dinner such as chicken, stuffing, gravy and potato – went viral last year.

They’ve now been shared on Instagram nearly 2,500 times, with most people bragging about how delicious they are.

But some on Twitter have revealed that they are extremely awkward and messy to eat, as the wraps contain sloppy gravy. 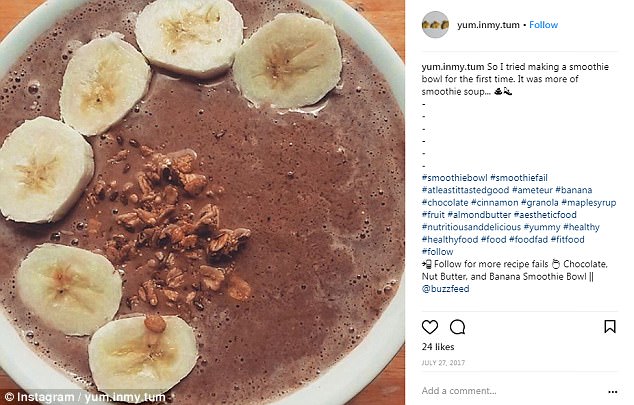 This Instagram user said their smoothie bowl was more a smoothie soup – but that it tasted good. Others say they are awkward to eat

Smoothie bowls are the fad that’s hear to stay, with more than 1.3 million posts on Instagram about them.

They are favoured by dozens of fitness influencers and food bloggers, including famous names such as Deliciously Ella.

But some say that smoothie bowls are very awkward to eat as traditionally, smoothies are drunk from a glass rather than a bowl.

Some foodies who tried them out for the first time said their bowls resembled soup. 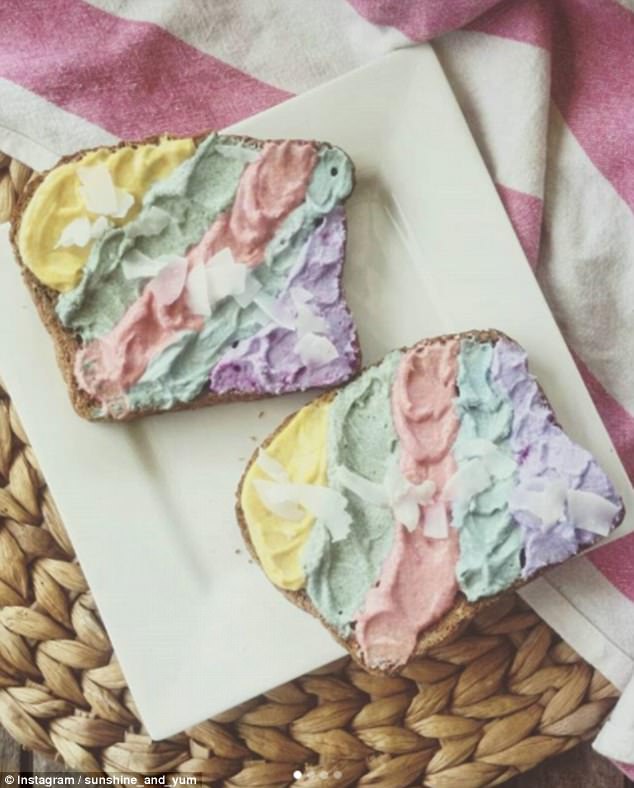 2017 was the year of unicorn food, and Instagram couldn’t get enough of turning anything edible into a brightly coloured treat, usually covered in sprinkles.

But by far the most controversial itieration of that fad was when unicorn toast became a viral sensation.

They then create stripes or splodges of colour on toast, often topped with edible glitter, sprinkles or other treats. It’s been hashtagged 2,400 times.

However not everybody is enamoured with the idea of spreading rainbow-coloured cream cheese on toast.

For many, it was the final nail in the coffin for the unicorn food trend, as several social media users revealed it didn’t taste very nice at all.