Intensive exercise after a break can damage your knees

Throwing yourself into a New Year fitness regime could wreck your knees for life, a leading surgeon has warned.

Middle-aged people taking up exercise after a prolonged break were most at risk, said knee specialist Ian McDermott.

There is good evidence this type of exercise – often involving running, squats or lunges – boosts cardiovascular fitness and burns calories.

But Mr McDermott, a consultant orthopaedic surgeon at the private London Bridge Hospital, said there was a higher risk of injury compared with more moderate exercise.

‘People have done nothing for years and then they throw themselves into classes,’ he said. There was often a dangerous mentality of ‘no pain, no gain’.

‘For cardiovascular fitness and muscle strength, “no pain, no gain” is right. But for joints, if it hurts, it means there’s a problem,’ he said. 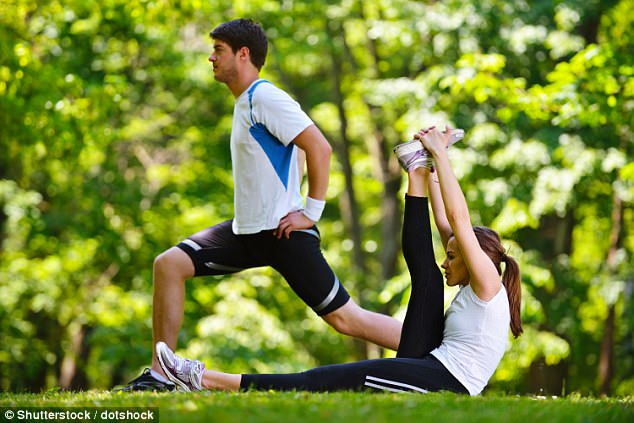 The risk is greatest for middle-aged people, as the tissue becomes stiffer and less elastic

‘If you ignore it, you’re going to damage something. And in this respect, it’s really the high intensity stuff that’s scary.’

‘I see them all the time. As you get older, many of your tissues become stiffer, less elastic and more prone to injury. Your body’s ability to heal reduces.’

Typical damage is to knee tendons, ligaments and cartilage. These can be repaired with surgery but Mr McDermott cautioned that the chances of complete recovery could be slim.