David Beckham’s MLS franchise Inter Miami will do everything they can to sign Lionel Messi, should he look to leave Paris Saint-Germain as early as this season.

Messi is yet to ignite at the French giants, like he did at Barcelona, scoring just eight goals in 22 appearances for them so far this campaign.

Messi joined PSG on a two-year contract with the option of an extra year after leaving Barcelona last summer.

But according to Goal, a move to America could be on the cards for the 34-year-old if he looks to end his time in Paris early.

When asked about the possibilities of signing Messi, Inter Miami co-owner Jorge Vas didn’t downplay those rumours – pointing to the relationship Beckham has with the iconic No 10 as a reason to hope.

‘Leo Messi is still one of the best players in the world, his skills have not diminished,’ he is quoted as saying.

‘I think, and David has a relationship with him, if he does leave PSG, at the time he leaves it, we’d love to see Lionel Messi be a player at Inter Miami and be part of our community.

‘Can it happen? Look, we’ll push. I’m an optimist at heart. Could I see that happening? It’s a possibility.’ 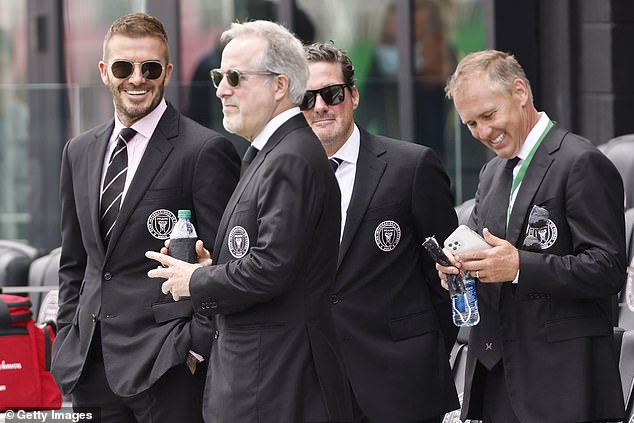 When asked about bringing Messi to the DRV PNK Stadium, Beckham was a little more coy himself.

‘I’ve always said I want the best players in our club and playing in our shirt because there’s a certain expectation. Unfortunately, sometimes it can be a bad thing. But most of the time it’s a good thing.

‘When I first started this project, people were saying ‘This guy is coming, that guy is coming, [Cristiano] Ronaldo is coming, Messi’s coming.’ At the end of the day, we need to win, whether it’s with the young kids or stars.

‘Our fans will be happy if we have stars on the team, but they’ll be even happier if they’re seeing young players coming through our academy and lifting the MLS Cup.’ 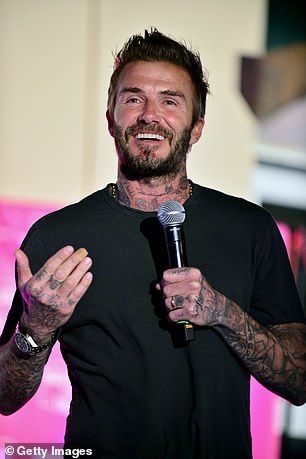 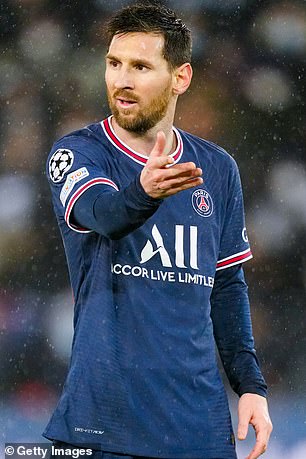 David Beckham (left) was more coy about the possibility of signing Messi, despite Mas’ views

Speaking in January, Messi hinted that he could finish his careers in America.

As reported by the Mirror, the forward said: ‘I always have had the illusion of being able to enjoy and live the experience of living in the United States, of finding out how that league is, what life is like there.

‘I would like to later in my career but if it happens or not, I don’t know.’