Paulo Dybala ‘must be seized’ by Inter Milan if there is ‘any chance’ of doing so, according to club legend Diego Milito.

Dybala’s contract with Juventus ends next week following an emotional farewell for the Argentine midfielder in his final game.

The 28-year-old scored 115 goals in 293 appearances for the Old Lady and won nine major trophies, including five consecutive Serie A titles.

He has been linked with Premier League moves to Manchester United, Arsenal and Tottenham.

Speaking to La Gazzetta dello Sport, Milito said:  ‘Everyone could use him. If there is a chance, then he must be seized [by Inter].

‘He would be an asset in a team that is already complete. Dybala would be in the right club to reset and restart. And he wouldn’t change leagues; he knows Serie A well, he wouldn’t struggle. 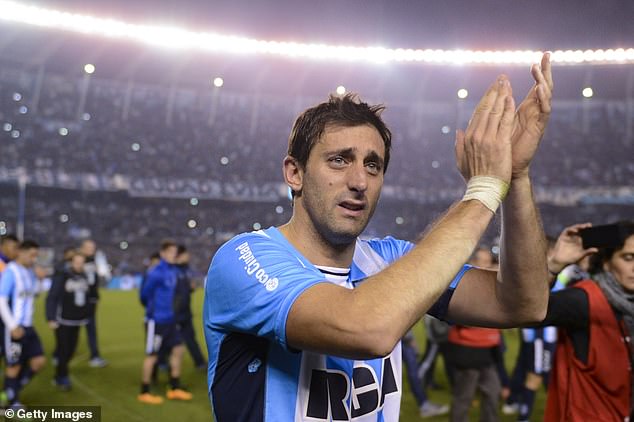 ‘The team and the fans would welcome him, [and his] desire for revenge would make the difference.’

The 43-year-old striker is well-versed in success with the Nerazzurri after scoring 30 goals in the club’s historic treble win in 2009/10.

Inter looked to be a dominant force in Italian football when they won Serie A two years ago, but were pipped last season by local rivals AC Milan.

Dybala could be a key player for Inter as they look to push for more trophies next season.