Jacindamania may be sweeping New Zealand as new opposition leader Jacinda Ardern surges in the polls, but a ‘hipster’ member of her entourage has gained a fan base all of his own.

Ms Ardern’s Labour Party launched their election campaign in Auckland last week, but one of her security guards stole the show.

The tall, bald bodyguard has caused a stir online thanks to his striking looks and ‘magnificent’ beard. 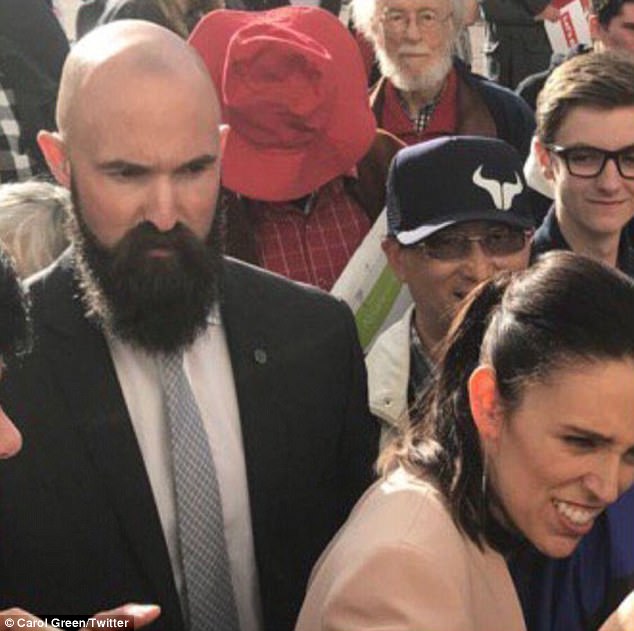 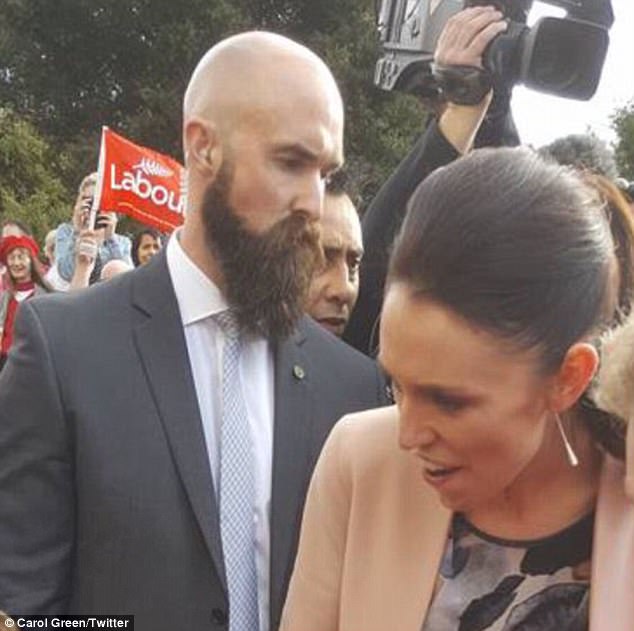 Carol Green tweeted photos of the bodyguard using the hashtag #hipsterspook, describing his look as ‘majestic’ and ‘magnificent’.

Another Twitter user, Dean Nimbly, joked that the bodyguard would use his ‘hipster’ credentials to protect Ms Ardern from non-organic coffee.

The man’s identity remains a mystery, with the campaign launch being his first day acting as Ms Ardern’s security guard according to Newshub.

They reported that the man is a member of the diplomatic protections squad and has worked closely with current Prime Minister Bill English and former leader Sir John Key.

TV and radio host Andrew Mulligan tweeted a video of the popular bodyguard when he was escorting Mr English, calling him the ‘guy who should run the country’. 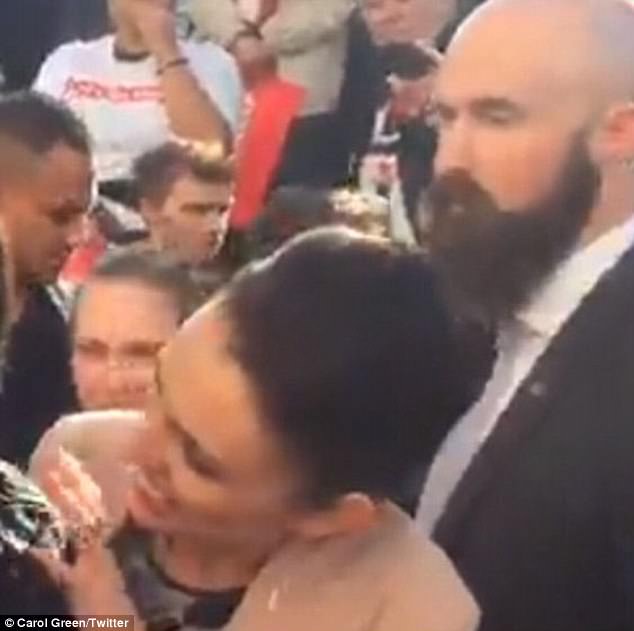 The bodyguard’s tall frame, bald head and long beard has seen him described as ‘magnificent’ 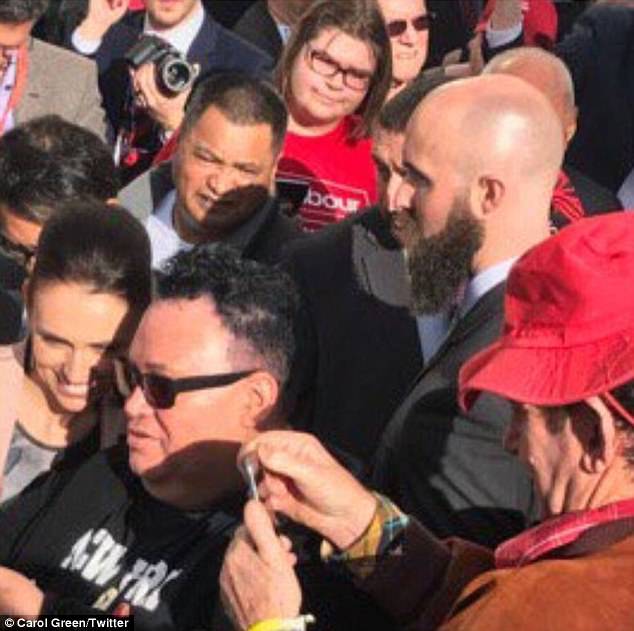 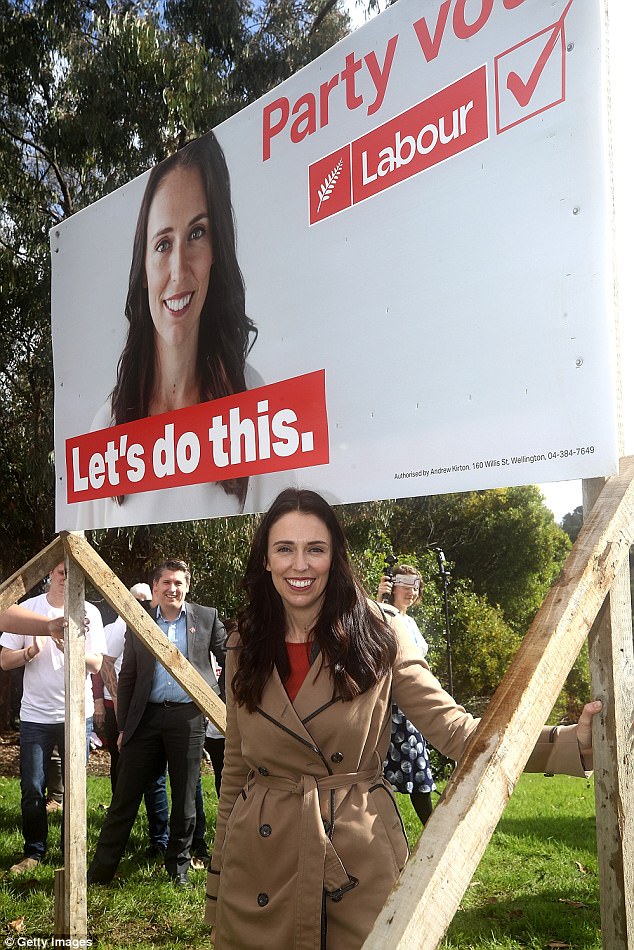 Ms Ardern, 37, replaced Andrew Little as leader of the Labour Party in August after the party’s approval rating dwindled to 23 per cent.

Her rise to the leadership has revived Labour’s chances in this year’s elections, bringing in NZ$250,000 in donations.

The New Zealand election will be held on September 23. 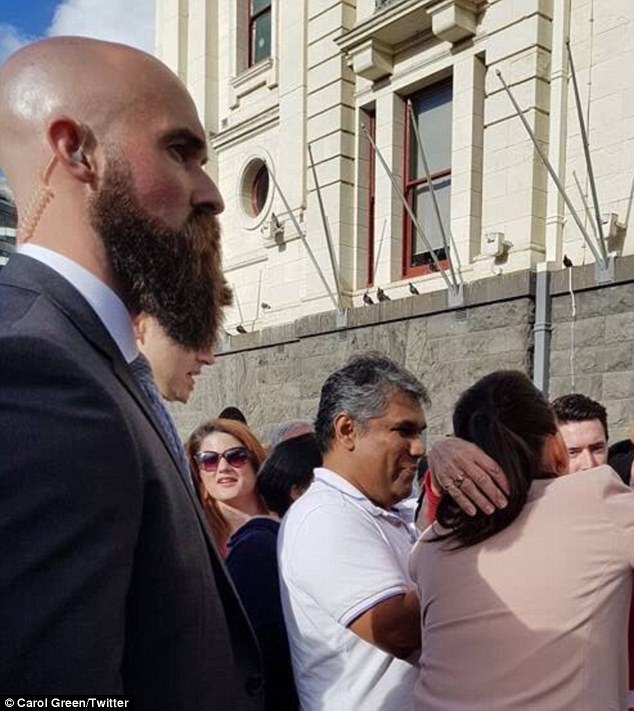 With his tall frame, the bodyguard stands out from the crowd as was the case at the launch 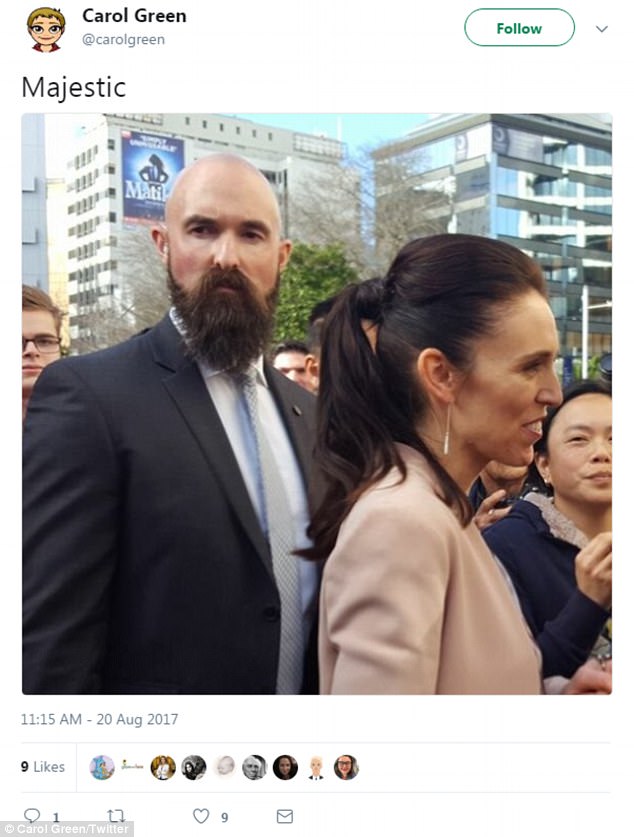 Carol Green took to Twitter to express her admiration for his look, describing it as ‘majestic’