A pilot has been blamed for a fatal plane crash which killed five people when his aircraft collided with a shopping centre.

Air crash investigators revealed on Monday morning pilot Max Quartermain did not do a full cockpit checklist before his small plane crashed into the DFO shopping centre next to Melbourne airport in February 2017.

The Australian Transport Safety Bureau (ATSB) said Mr Quartermain, 63, had five opportunities to recognise and correct the fatal flaw with his aircraft. 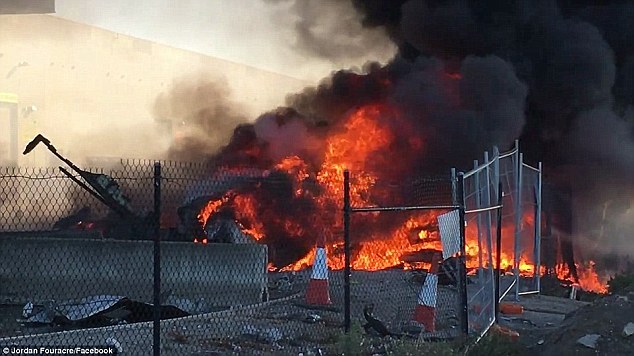 A report by the aviation watchdog says Mr Quartermain did not complete a full safety check, resulting in a deviated rudder and veering

The report says the plane rudder trim was in the full nose left position.

This means that as they took off, the plane was already sharply turning to the left.

It also prevented the aircraft from gaining altitude.

Once off the ground, Mr Quartermain was unable to regain control of the plane as they gained speed.

They were only in the air for nine seconds before it smashed into Essendon’s DFO shopping precinct, erupting in a ball of fire.

Quartermain managed to broadcast seven mayday calls before the collision.

ATSB chief commissioner Greg Hood told the ABC the crash could have been prevented if the pilot had have used a checklist prior to take-off.

‘Checklists ensure action items are completed in sequence and without omission,’ he said. 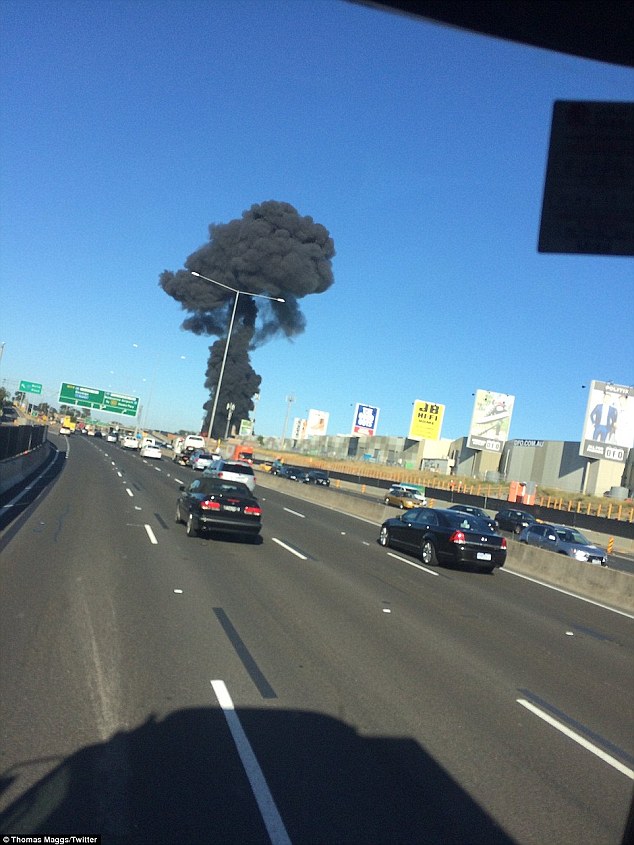 The flight was en route to King Island, Tasmania, before it crashed.

American tourists Greg DeHaven, Glenn Garland, Russell Munsch and John Washburn were on board the plane, hoping to take a golf trip.

The ATSB is conducting a separate investigating related to the crash, which was dubbed Victoria’s worst civil aviation crash in 30 years.

They are currently looking into the approval process of two other buildings at the shopping centre. 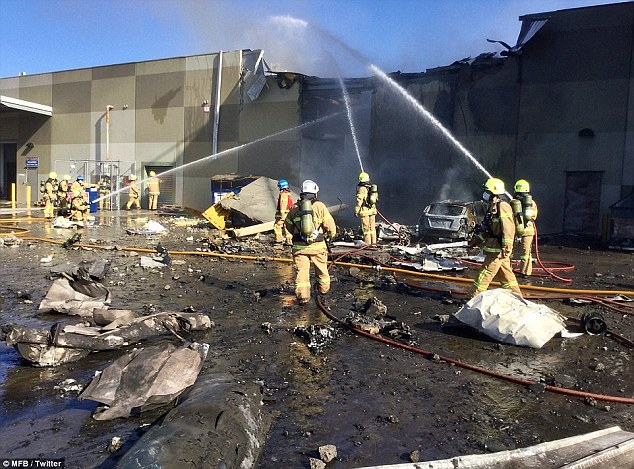 Fire crews were on site for the crash, but the four passengers and Mr Quartermain all died

In a public statement, the pilot’s widow Cilla Quartermain said her husband loved being a pilot throughout his 40-year career.

‘For 40 years he had a successful career in aviation and it is tragic it had to end with his death,’ she said.

‘I know in those terrifying moments of this accident he would have been doing everything in his power to bring the plane safely back to the airport to save his passengers.’

Mr Quartermain is survived by his widow Cilla, children Melissa and Mike, and three grandchildren. 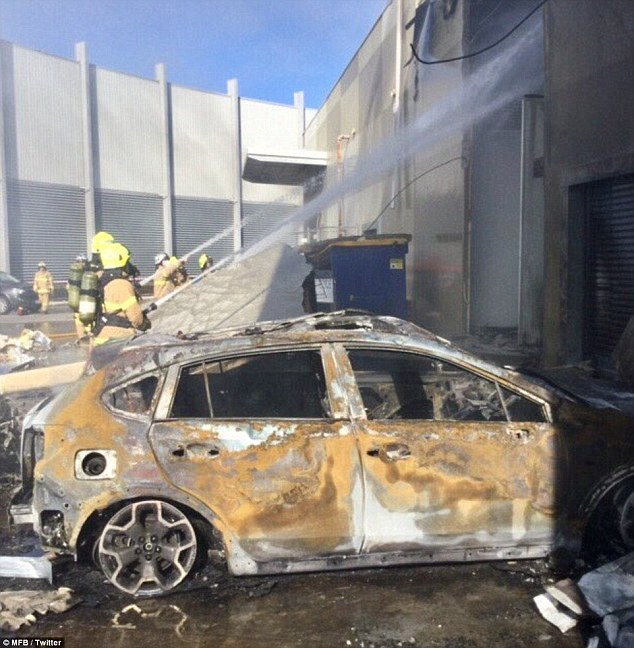 The findings from the inquest were revealed Monday, after the plane crashed in February 2017