Investment platform AJ Bell has said it expects to surpass revenue forecasts for the current financial year by at least £6million.

Though it believes there will be a slowdown in dealing activity in the second half of 2020/21, it thinks revenues in the year to September 30 will exceed the current market consensus estimate of £136million.

The Manchester-based group revealed its customer acquisition numbers had also continued to grow strongly and that its direct-to-consumer (D2C) activity had ‘remained at elevated levels throughout.’

AJ Bell’s first-quarter results showed customer numbers rising by nearly 17,000 to 312,300 and its total assets under administration surging by 11 per cent to £62.5billion

AJ Bell has had a bumper pandemic, with revenues last year climbing by 21 per cent to £127million, while its pre-tax profits grew by 29 per cent to £48.6million as it attracted a record amount of new customers during lockdown.

It attributed the considerable growth in customers to a rising awareness of its AJ Bell brand since it listed on the London Stock Exchange’s Main Market in 2018 and increasing interest in investing among younger people.

More recently, the company released its first-quarter results showing customer numbers rising by nearly 17,000 to 312,300 and its total assets under administration surging by 11 per cent to £62.5billion.

Bell cut his ownership in the firm to less than a quarter after selling a £17million stake in December, which came after selling another £8million worth of shares in August and about £23million in 2019.

Meanwhile, Fergus Lyons, the managing director of the group’s online investment division, cut his stake in AJ Bell to below 4 per cent when he sold 1.8 million shares worth £8.1million. 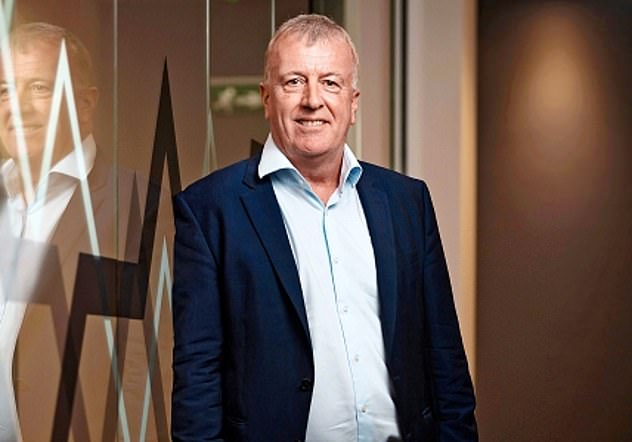 Cashing in: Founder and chief executive Andy Bell sold a £17million stake in his firm in December four months after selling another £8million worth of shares

Fellow platform Hargreaves Lansdown has also received a boost from the pandemic. A fortnight ago, it declared its trading levels over the previous two months had risen significantly.

This was on top of a 40 per cent surge just in the second half of last year. It said it expects full-year profits will hit the top end of estimates of between £334million and £360million.

On the same day it released its trading update, prominent financier Baroness Helena Morrissey was announced as the next chairman of AJ Bell. She will join the group’s board in July before ascending to the chairmanship in January next year. 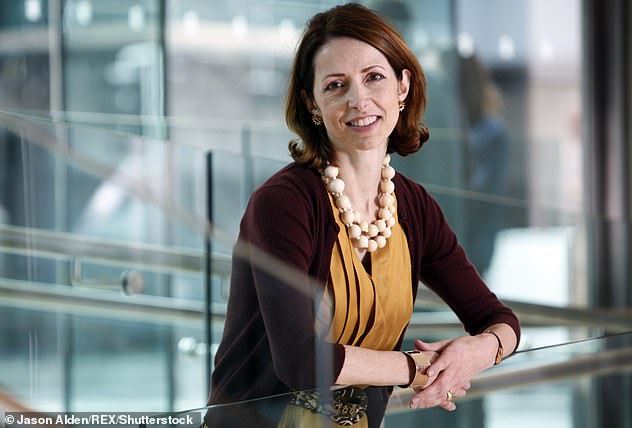 Morrissey recently stepped down from the board of wealth management business St James’s Place, having only remained in her role for 14 months. She previously held the chief executive position at Newton Investment Management for 15 years.

Last month, she spoke out against disgraced investor Neil Woodford’s planned return to fund management, saying: ‘I am religious and I believe in redemption, but he should not be returning to the same thing he just did.’

Woodford’s investment empire collapsed in 2019 after making a series of risky bets and enduring a run of bad performance. Savers then tried to withdraw their funds en masse but were blocked from doing so.