Iran, China and Russia will ‘send a message to the world’ with first ever joint war drills

Iran, China and Russia will ‘send a message to the world’ with first ever joint war drills

Iran, Russia and China are set to hold their first-ever joint military drills in a show of power to the West.

Admiral Hussein Khanzadi revealed yesterday that the three navies would hold military exercises in the northern Indian Ocean in the ‘near future’.

Design and planning for the drills took place last month and troops are already preparing for the exercise, he said.

The joint operation will ‘send a message to the world’, Khanzadi was quoted as saying by the semi-official Mehr news agency.

Iran, Russia and China are set to hold their first-ever joint military drills in a show of power to the West (pictured, an Iranian destroyer at sea in the Persian Gulf)

Iran’s co-operation with Russia and China would ensure ‘collective security’ in the sea, Khanzadi said, after a summer of maritime tensions in the Middle East.

‘A joint wargame between several countries, whether on land, at sea or in the air, indicates a remarkable expansion of cooperation,’ he said.

‘[The drills] carry the same message to the world, that these three countries have reached a meaningful strategic point in their relations.

‘The wargame seeks to deliver this message to the world that any kind of security at sea must include the interests of all concerned countries.

‘We do not condone the kind of security that only caters to the benefits of one specific country at a specific time and which disregards the security of others.’

Khanzadi made the announcement on the country’s Navy Day, which celebrates an Iranian naval success during the Iran-Iraq War in 1980.

The naval drills come after a tense summer in which Gulf tankers and Saudi oil facilities were hit by a series of mysterious attacks that the US blamed on Iran. 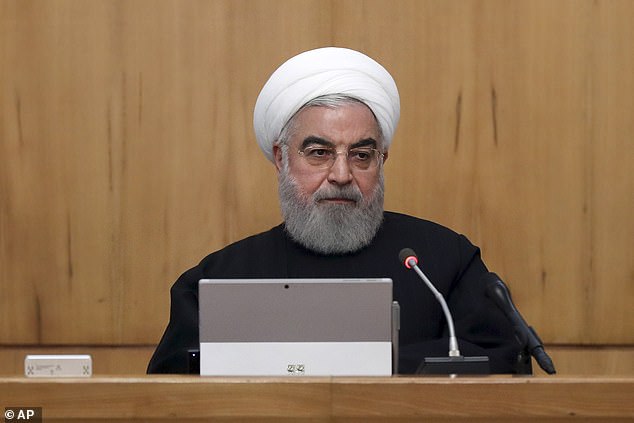 In addition, Tehran seized a British-flagged vessel in apparent retaliation for the capture of an Iranian tanker off Gibraltar.

It sent Middle East tensions escalating alarmingly as both Britain and America beefed up their military presence in the region.

Experts have warned that a crisis in the critical Strait of Hormuz could endanger the world’s oil supply.

Trump called off air strikes against Iran at the last minute in June after the Islamic Republic downed a US drown.

On top of that, Iran has moved ever further away from its nuclear pact with the West in recent months after Donald Trump abandoned the deal last year.

Last month the head of Iran’s nuclear programme announced that the country was now running 60 banned IR-6 centrifuges, twice as many as before. 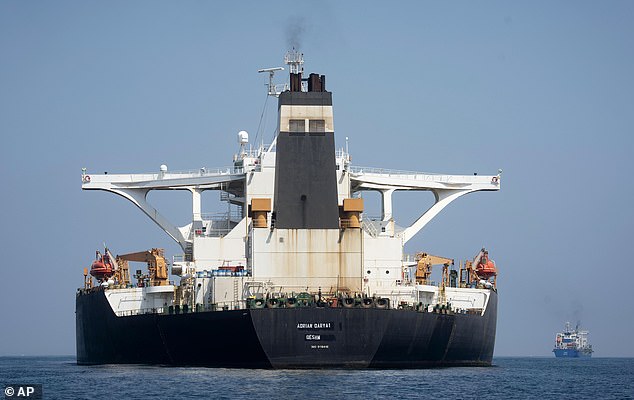 The centrifuges can enrich uranium 10 times faster than the first-generation technology which Iran is permitted under the deal.

In addition, President Hassan Rouhani said Tehran would start injecting uranium gas into more than 1,000 centrifuges at a secretive plant in another violation of the deal.

Experts fear the technology could allow Iran to produce nuclear weapons within less than a year if it chose to do so.

Washington last year reimposed sanctions against Iran which had been suspended under the agreement, crippling Iran’s economy.

Iran has pleaded for help from Europe to dodge the sanctions but efforts by Britain, France and Germany have largely proved unsuccessful.

Tehran has retaliated with a series of provocative steps to tear up the nuclear deal in the hope of forcing Europe to help.

Iran has denied ever seeking nuclear weapons, insisting its atomic programme is for entirely peaceful purposes.