A clubber spiked a woman’s cocktail with a ‘sex drop’ aphrodisiac at an exclusive celebrity haunt, a court heard.

Shervin Dorostkar, 30, allegedly slipped the concoction, called Spanish Goldfly, into the woman’s glass so they could have sex.

The woman claims that when caught, Iranian national Dorostkar had begged her: ‘Please, I want to get my British passport, don’t get me into trouble.’

The pair first met through Facebook and went out on several occasions as ‘normal friends’, but there was no romance between them, Southwark Crown Court heard.

Dorostkar, who spoke to the court through a Farsi interpreter, took the friend to the Kensington Roof Gardens in Kensington, central London on May 13 last year.

He picked her up from her house at 11.30pm and she was under the impression that he would be bringing some friends but they never arrived.

At approximately 1.10am, Dorostkar bought the strawberry cocktail for the woman, who cannot drink alcohol because of a stomach ulcer.

Staff saw Dorostkar making an ‘unusual movement’ with his hands below bar level, before he took the drink back to his friend at the table.

As the alleged victim took a sip of her drink, bar staff rushed over to her and asked her if she was okay, before telling her that the drink may have been spiked.

A sachet was later found by the bar, labelled ‘Goldfly sex drops’. 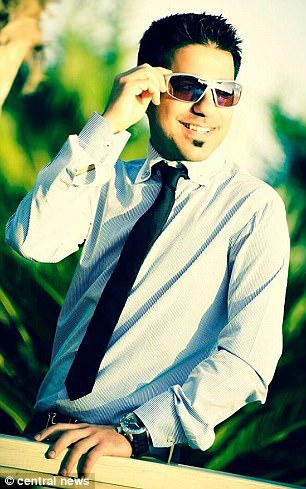 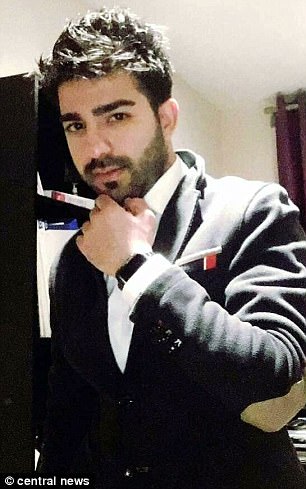 The woman claims that when caught, Iranian national Dorostkar had begged her: ‘Please, I want to get my British passport, don’t get me into trouble’

According to its manufacturers, Spanish Goldfly is a ‘100 per cent natural and herbal’ aphrodisiac which leads to ‘a volcanic eruption of ultimate passion’.

Prosecutor Matthew Dalton claimed that she was ‘quite upset by the suggestion that anyone might have spiked her drink’.

He continued: ‘She then received text messages from the defendant at 1:58am in the morning, saying: ‘Tell them you know’.’

The alleged victim, who cannot be identified, appeared in court and struggled to hold back the tears after admitting that she had ‘trusted’ him. 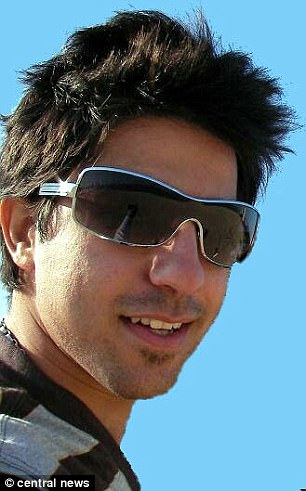 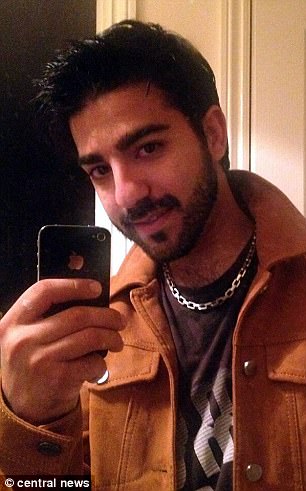 Dorostkar, who spoke to the court through a Farsi interpreter, took the friend to the Kensington Roof Gardens in Kensington, central London on May 13 last year

She said: ‘I was shocked, I was shaking. I did not know what was going to happen to me as I am so obsessed by my health condition.’

‘He said to me please tell them you know these things. Tell them you are my girlfriend, I just wanted to have sex,’ she added.

What are sex drops?

Online markets are full of herbal remedies claiming to increase the sex drive of users.

Called ‘sex drops’, the ‘aphrodisiacs’ usually come in liquid form or as a powder.

However several reviews of the product on Amazon claim that the concoction did ‘nothing’.

CCTV footage of the incident was reviewed by the bar manager, who saw Dorostkar drop one of the drinks below bar level, before ‘placing something in the drink’, it was said.

After the CCTV had been viewed, Dorostkar was detained and was seen looking ‘tense and nervous’ when police arrived at the scene, Mr Dalton added.

Dorostkar insisted that the drops were for him as he wanted to ‘get more activity’.

He claimed that he had drank nine or ten Vodka Red Bulls during the night and wanted the aphrodisiac to ‘get more energy’.

Dorostkar, of Perivale, London, denies one charge of attempting to administer a substance with intent to stupefy/overpower to allow sexual activity.