An Iranian couple have been arrested after their public marriage proposal, which was deemed offensive to Islam, was caught on camera and uploaded on social media.

The footage, which captures the moment at which a young man places a ring on the finger of his girlfriend at a shopping mall in Arak, Tehran, Iran, was condemned by Iranian authorities as it contradicted the country’s Islamic doctrines.

The couple, who were later arrested by police for breaking the country’s laws on public decency, have since been released on bail.

During the viral clip, the unnamed man stands inside a ring of flower petals shaped like a heart as his girlfriend stares at him and gasps with excitement.

? Man publicly proposes to woman at shopping mall in Arak, central #Iran
Both arrested for “marriage proposal in contradiction to islamic rituals… based on decadent Western culture,” then released on bail pic.twitter.com/eKdlNX9Bte

An unidentified Iranian couple have been arrested after their public marriage proposal at a shopping mall in Arak, Tehran, Iran, was caught on camera 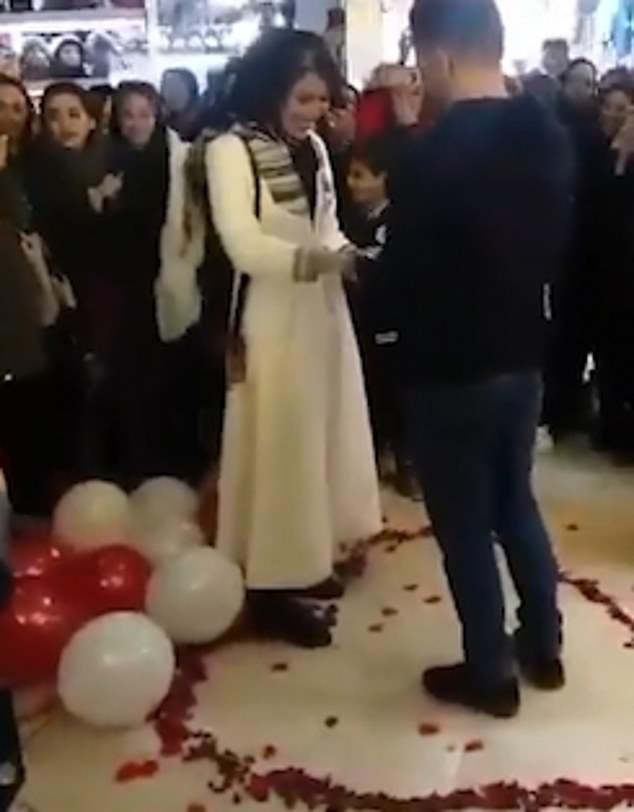 The Iranian woman, who is stood next to red and white balloons laid out on the ground, then says ‘yes’ to the marriage proposal as her ecstatic boyfriend slips the ring onto her finger.

The happy couple then embrace each other as excited spectators cheer and clap at their romantic union.

However soon after the video was posted online and went viral, the couple were taken in by the police for breaking Iran’s strict Islamic code.

Arak deputy police chief Mostafa Norouzi later told the Shahrvand daily that the  young couple’s ‘offense is very clear and there is no need for explanation’.

He added that it was unacceptable for the couple ‘to do whatever is common in other places of the world and disregard mores, culture and religion’. 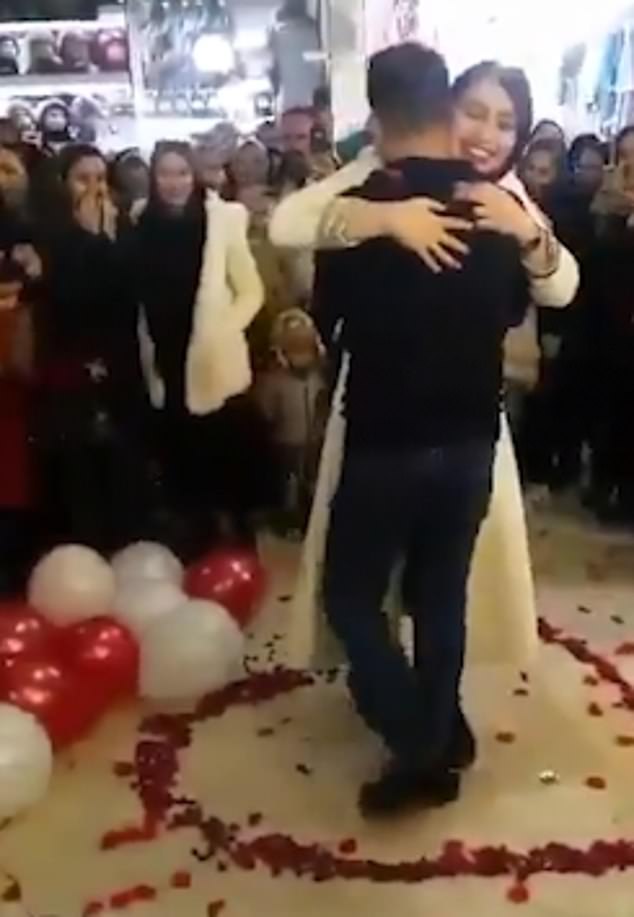 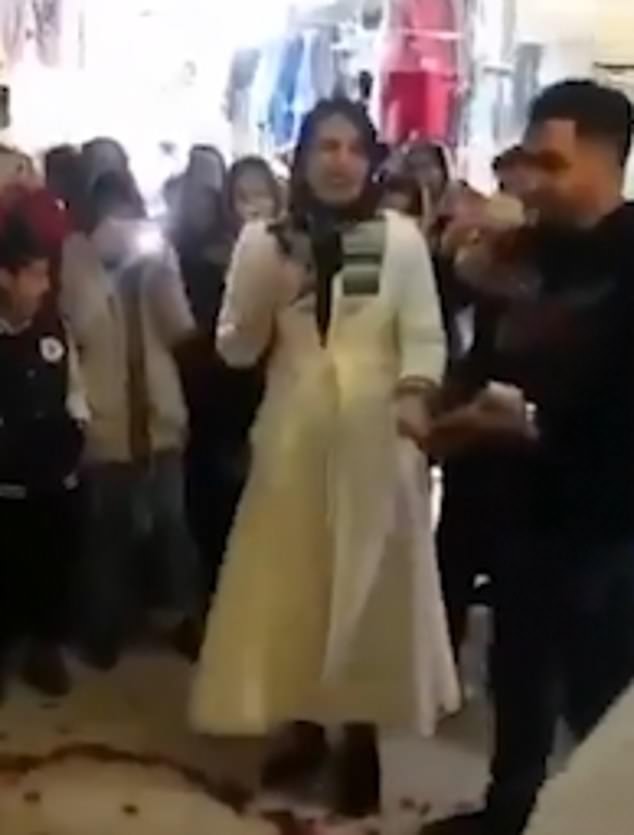 According to the Islamic laws that govern Iran, men and women are forbidden from exhibiting public displays of affection as the country deems it an influence of corrupt Western ideals.

The law also prohibits kissing and dancing in public.

This is not the first time citizens in Iran have been arrested for breaking the laws on public decency.

In 2018, teenager Maedeh Hojabri caused outrage after posting a video of herself dancing to western and Iranian pop and rap music on Instagram.

Following the young girl’s arrest women took to the streets in protest to film themselves dancing in public.