Female Iranian football supporters fear they are being followed by ‘government spies’ inside stadiums at the Qatar World Cup.

Women attending the World Cup have reported recognising members in the crowd taking pictures and keeping track of supporters with binoculars as civil unrest continues to grow back home in Iran.

Women are being persecuted in Iran following the death of 22-year-old Mahsa Amini in the weeks building up to the tournament.

She died while in police custody for allegedly breaking strict Islamic rules on wearing the hijab.

Protests erupted across the country as the Islamic Republic’s morality police were criticised for not protecting the woman’s welfare.

The government came under heavy fire from members of the public, including Iran stars featuring at the World Cup who refused to sing the national anthem.

Worrying troubles now appear to have followed female supporters to the nearby nation of Qatar as ‘spy’ complaints were first revealed by The Athletic. 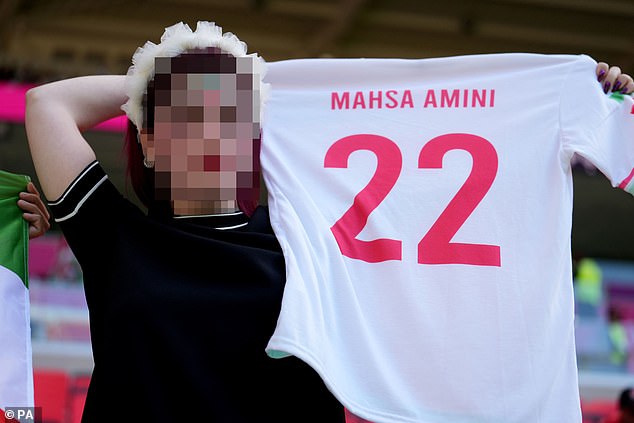 One concerned fan told how she had seen a man with binoculars keeping track on supporters in the crowd rather than turning his attention to the action on the pitch.

Another complainant described a gentleman apparently filming a group of women in hijabs as he moved around the stadium at different intervals during Iran’s opening defeat against England.

Human rights activists believe the Iranian government has purposely sent officials to keep track of woman attending matches in Qatar, with many supporters expecting to be punished upon return to their home nation.

FIFA’s Human Rights Grievance Procedure has so far been inundated with complaints against the stadium spotters as the recognised professional body promised to assign an ‘independent expert assessor’. 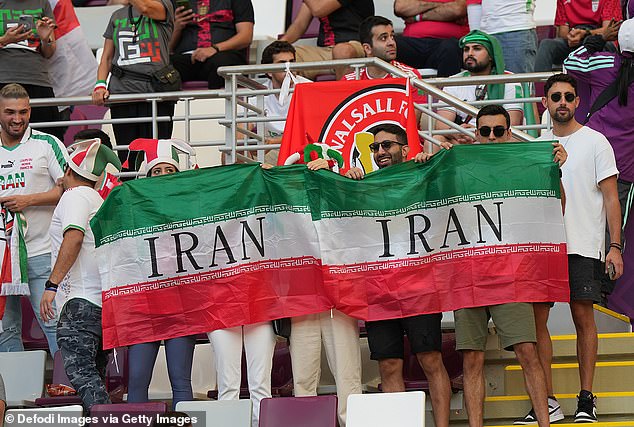 Iran take on USA in their final group match on Tuesday with tensions high between the two nations heading into the encounter.

Supporters have so far used matches against Wales and England to stage anti-Iran protests with the national anthem booed by supporters at both matches.

Iranian journalists hijacked team USA’s press conference with political questions on Monday afternoon as US coach Gregg Berhalter and his captain Tyler Adams were hassled about political issues and racism within America.

The US soccer federation displayed Iran’s national flag on social media without the emblem of the Islamic Republic, saying the move supports protesters in Iran ahead of the two nations’ World Cup match Tuesday.

Iran’s government reacted by accusing America of removing the name of God from their national flag and called for FIFA to kick the USA out of the World Cup with a 10-game ban from soccer. Tasmin news agency – associated closely with the Iranian regime – says Iran’s soccer federation will make the request to FIFA, soccer’s governing body.

The symbol was later returned to the flag on the USA’s website but the move by the US Soccer Federation adds yet-another political firestorm to the Middle East’s first World Cup, one which organisers had hoped would be spared of off-the-field controversies.