Iranian President Hassan Rouhani has claimed the United States had ‘no right’ withdraw from the 2015 nuclear deal, after blasting the Trump White House as a ‘misbehaving administration’.

He told CNN’s Christiane Amanpour that no nation had ‘the right to unilaterally exit such agreement without just cause’ and that President Trump had to ‘return to the point of departure’ before they could reopen negotiations with the U.S.

Rouhani’s stern words came after his speech at the UN General Assembly yesterday, in which he accused the Trump White House of violating ‘state obligations’ from the Obama administration by withdrawing.

This saw Trump’s national security adviser, John Bolton, warn that there would be ‘hell to pay’ if Tehran crossed the U.S., its allies or their partners.

Hitting back: Iranian President Hassan Rouhani said the United States – nor any nation who signed –  had the right withdraw from the 2015 nuclear deal without just cause

Rouhani also brushed off told Trump’s tweet, in which the U.S. President called him a ‘lovely man’ as irrelevant ‘playing with words’.

‘What is of importance is that the leaders of the two countries are seeking mutual interests and have a dialogue and take subsequent steps which ultimately can lead to the undoing of knots and difficulties that have existed in their relationship over the last four decades.

‘Everything else is just playing with words and will not get to any solutions.’

Rouhani is almost certain not to attend today’s Security Council meeting, chaired by Truimp, which will test the President’s ability to maintain diplomatic decorum and interact with representatives of rival nations 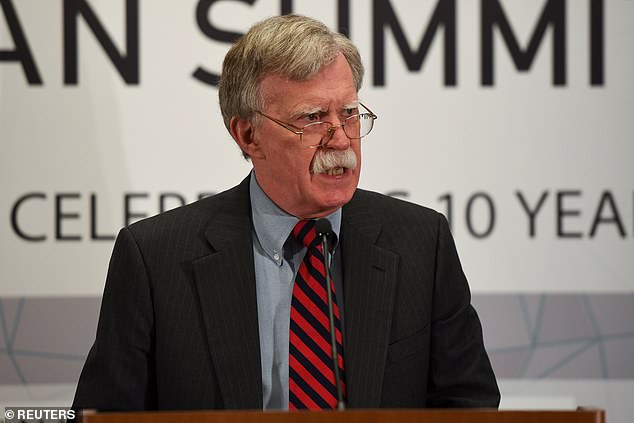 Donald Trump’s national security adviser, John Bolton, warned that there would be ‘hell to pay’ if Tehran crossed the U.S., its allies or their partners

It follows a speech by Bolton at the United Against Nuclear Iran Summit being held on the on the sidelines of the UN General Assembly, in which he branded Tehran a ‘murderous regime’.

Bolton said: ‘If you cross us, our allies, or our partners; if you harm our citizens; if you continue to lie, cheat and deceive, yes, there will indeed be hell to pay,’ he said.

‘The murderous regime and its supporters will face significant consequences if they do not change their behaviour. Let my message today be clear: We are watching, and we will come after you.’

Speaking before the UN General Assembly yesterday, Trump blasted what he called Iran’s ‘corrupt dictatorship’ and accused its leaders of enriching themselves through embezzlement and raiding state coffers to spread ‘mayhem’. 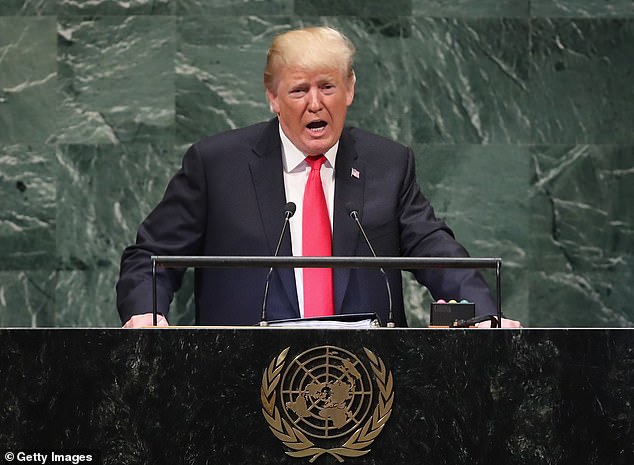 Mr Trump also vowed to continue to isolate Iran through US sanctions that are being re-instated following his withdrawal from the 2015 nuclear deal.

The next round of sanctions will take effect in early November.

He later predicted that the pressure from renewed sanctions would force Iran back to the table to negotiate.

‘Iran’s leaders sow chaos, death and destruction,’ the president told the UN General Assembly in a 34-minute speech that was more critical of Iran than any other country.

‘They do not respect their neighbours or borders or the sovereign rights of nations. Instead Iran’s leaders plunder the nation’s resources to enrich themselves and to spread mayhem across the Middle East and far beyond.’

Since taking office, Trump has removed the U.S. from the Paris climate accord, promoted protectionist tariffs and questioned the value of the North Atlantic Treaty Organization and other alliances in furtherance of what he termed on Tuesday a strategy of ‘principled realism.’