Iranian refugee took his own life after suffering PTSD in immigration detention and going on a 40-day hunger strike, inquest hears

Heath and hospital treatment provided to an Iranian asylum seeker who died after moving to Tasmania for a fresh start will be examined by a coroner.

Saed Hassanloo spent time in detention across the country, including at Sydney’s Villawood Detention Centre, after arriving in the country a decade ago.

In 2015 he embarked on a hunger strike of about 40 days in Perth, which resulted in him needing hospitalisation and was said to be ‘near death’.

Mr Hassanloo likely took his own life in Hobart in August 2016 aged 27, about eight months after moving to the city, although his body has never been found.

A coronial inquest began in Hobart on Tuesday which will look at the circumstances around his death.

Saed Hassanloo embarked on a hunger strike in 2015 of about 40 days in Perth, which resulted in him needing hospitalisation and was said to be ‘near death’

It will also examine the communication between the federal Immigration Department, the Tasmanian Health Service and Red Cross, which was involved with Mr Hassanloo’s care.

Counsel assisting the coroner Cameron Lee said the issue of potential ‘roadblocks’ in communication would be explored.

Mr Hassanloo was admitted to the Royal Hobart Hospital not long before his death. 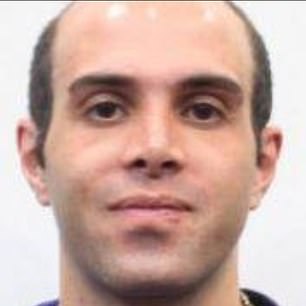 Mr Hassanloo likely took his own life in Hobart in August 2016 aged 27, about eight months after moving to the city, although his body has never been found

‘A critical issue will be what steps, if any, the hospital could have taken to have Mr Hassanloo stay there until his Red Cross case worker arrived,’ Mr Lee said.

The inquest’s scope includes whether the hospital had the ability to deal with presentations by asylum seekers.

Mr Hassanloo arrived at Christmas Island by boat in 2010 after leaving Tehran and subsequently made several applications for refugee status, but all were denied.

He claimed he would be persecuted if he was deported to Iran because he converted to Christianity.

Mr Lee said there was significant evidence Mr Hassanloo, who was diagnosed with post-traumatic stress disorder and depression, was not engaging with mental health treatments.

Home Affairs Minister, and then-Immigration Minister, Peter Dutton at the time vowed to deport Mr Hassanloo and refused to be influenced by his hunger strike.

‘The difficulty for me is that if you give yourself in to what is essentially emotional blackmail… the clear advice from my department is that I would have hundreds or thousands of people go on hunger strikes tomorrow,’ Mr Dutton told ABC radio. 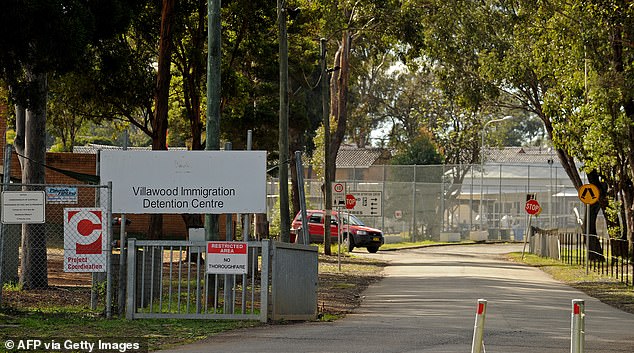 Mr Hassanloo spent time in detention across the country, including at Sydney’s Villawood Detention Centre (pictured), after arriving in the country a decade ago

‘We can’t allow the boats to start up again which they would do if we settled people that don’t have a legitimate claim.’

Mr Dutton said his department advised very strongly that Mr Hassanloo’s case had been fully examined and his claim for protection could not be substantiated.

The government would do what it could to assist him return to Iran, though that would depend on medical advice.

‘We have provided support to many other people in the past where they have been repatriated back to Iran and other countries,’ he said in 2015.

The inquest will hear evidence from police officers, health workers and commonwealth representatives.