Iran’s state TV channel were forced to crudely cut away from their Premier League broadcast of Tottenham vs Manchester United more than 100 times to avoid showing assistant referee Sian Massey-Ellis.

The Islamic Republic state broadcaster instead showed Iranian viewers a landscape shot of the Tottenham Hotspur Stadium and the backstreets of Enfield in a bid to avoid showing Massey-Ellis, who was wearing shorts.

According to an Iranian civil rights group, the decision to continually cut away from the action was to stop viewers from seeing the bare legs of Massey-Ellis.

The broadcast was censored ‘over 100 times’ and cut away to a landscape shot of the Tottenham Hotspur Stadium in a bid to avoid showing Massey-Ellis, who was wearing shorts

It is claimed that Massey-Ellis, who is regarded as one of the best assistant referees in football, was censored constantly due to the state’s strict religious laws.

My Stealthy Freedom, a group that campaigns against discriminatory gender laws within Iran, wrote: ‘The television censors were rattled by the presence of a female referee in shorts.

‘Their solution was to cut away from the action to views of London’s backstreets, which made a mockery of the game.

‘At the end of the game, one of the commentators joked that he hoped the viewers enjoyed the geographic show.

‘Censorship is in the DNA of the Islamic Republic of Iran. We should not normalise this practice. This is not our culture. This is the ideology of a repressive regime.’ 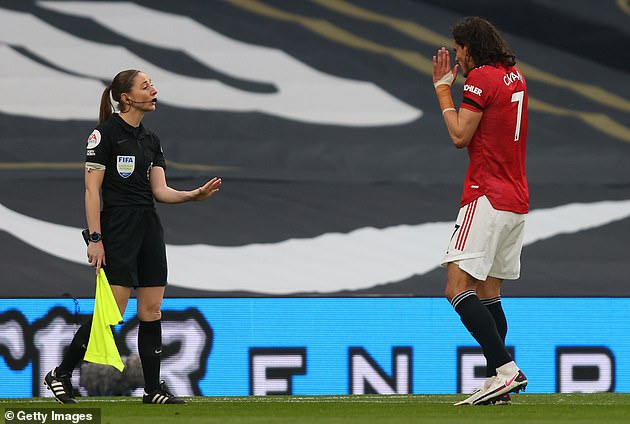 Since 1979, the hijab has been compulsory for women in Iran as a result of the Islamic Revolution.

Women are required to wear loose-fitting clothing and a headscarf in public while failure to do so could see offenders arrested for 60 days.

In 2019, Iranian women were granted access to enter football stadiums for the first time in decades to watch the sport live and in person.

The country had originally barred female spectators from football and other stadiums for around 40 years before FIFA threatened to suspend the Islamic republic over its controversial gender policies.

For their 2022 World Cup qualifier against Cambodia in October 2019, which they won an emphatic 14-0, Iran allocated just 4,000 tickets for women in a stadium that seats about 80,000 people, keeping them separated from men and under the protection of female police officers. 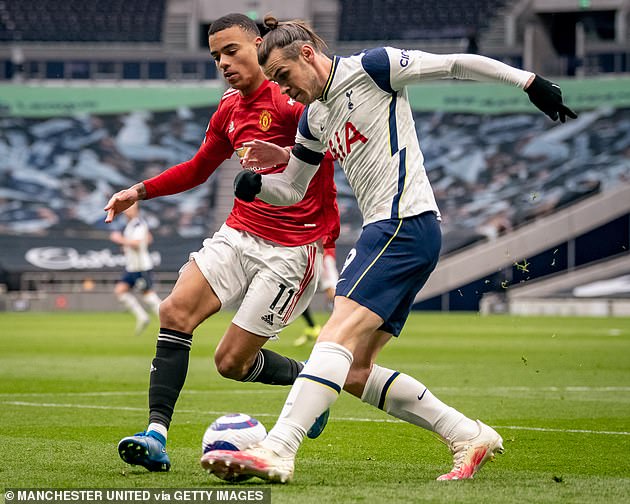 And it’s not the first time Iranian state TV has censored their football coverage.

In 2018, an Iranian state television channel bizarrely blurred out a section of Roma’s badge during coverage of the Champions League quarter-final with Barcelona.

The Giallorossi badge portrays a female wolf having its teats suckled on by Rome’s mythical twin founders Romulus and Remus superimposed on to a red and yellow background.

However, the depiction on Roma’s badge appeared to be a little bit too much for the TV show’s producers as the backdrop behind the presenter showed off the blurred out wolf’s nipples.