This is the shocking moment an Iranian woman is dragged across the street and beaten as the crowd cheers because she was dancing and not wearing a hijab.

The woman can be seen standing in the central reservation of a busy road as she is jeered by men in the city of Rasht, on Iran’s Caspian Sea coast.

A crowd appear to be in a stand-off with the woman before a few men approach her, with one grabbing her around the head and forcing her to the ground.

He then takes hold of her ankles and brutally drags her over the tarmac, prompting a massive cheer from the crowd of men.

The woman can be seen in a confrontation with the crowd of men as she stands in the central reservation of a busy street in the city of Rasht, Iran 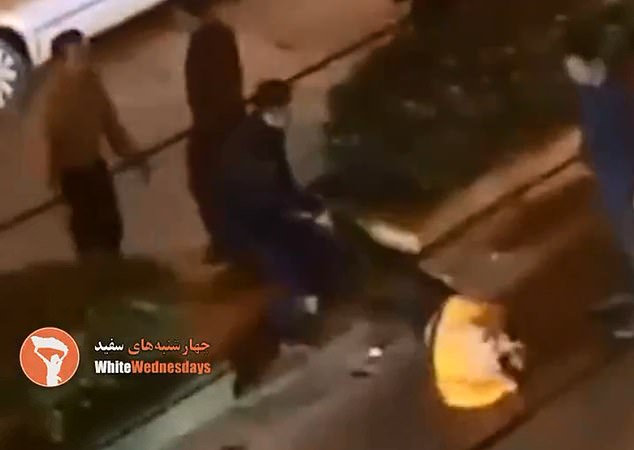 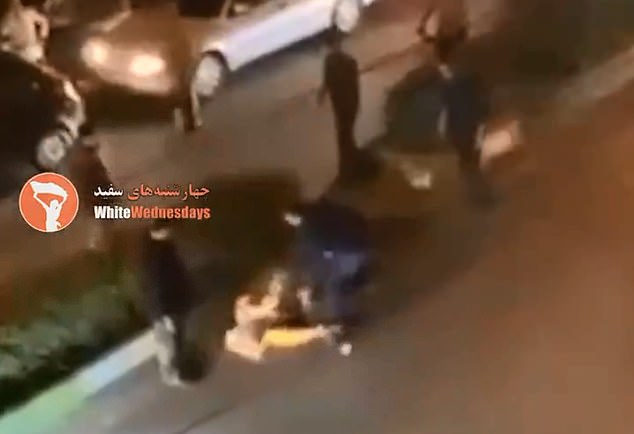 After she is released she gets to her feet and goes towards her attacker you knocks her onto her backside with a hit to the face.

According to Iranian journalist and activist Masih Alinejad she was set upon because her head was uncovered and she was dancing.

The victim can be heard shrieking throughout the footage as men laugh in the background.

The video then cuts to her having been released and walking away, though clearly still traumatised by what has just gone on. 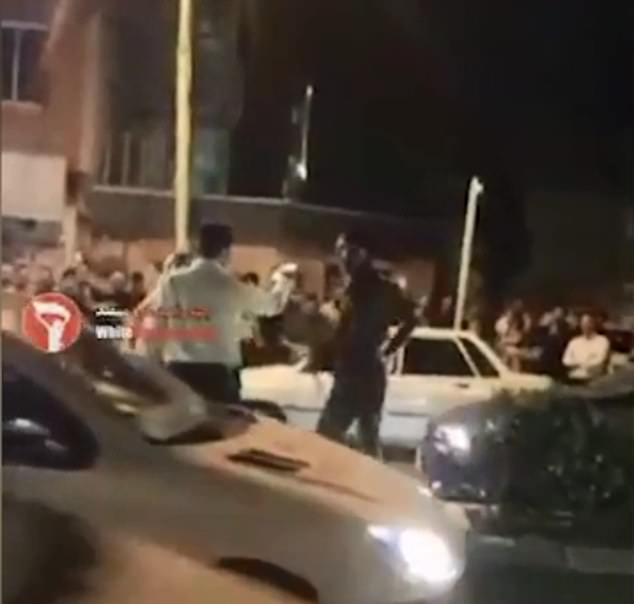