Ireland’s Sam Bennett completed his set of Grand Tour victories when he prevailed in the 10th stage of the Tour de France on Tuesday.

‘I’m in shock,’ a tearful Bennett told Tour television afterwards. ‘I just want to thank the whole team… everybody it took to get to here.’ 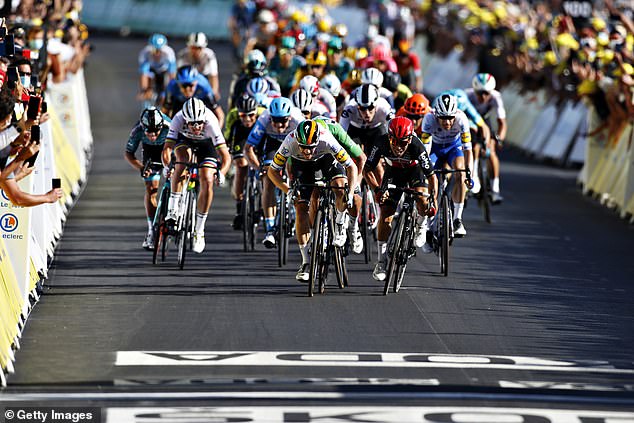 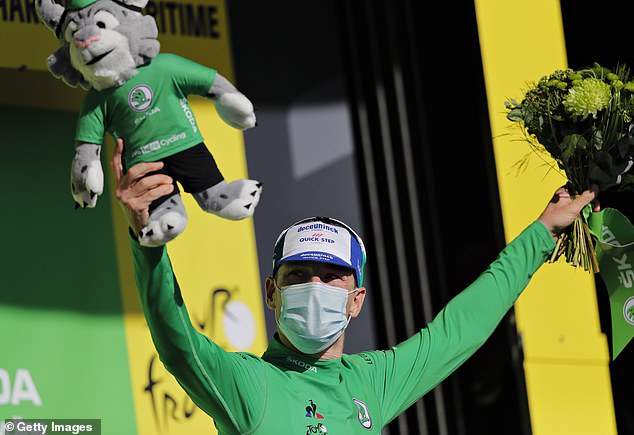 The result also meant the 29-year-old Bennett reclaims the green jersey for the points classification from triple world champion Sagan.

Sagan is looking to win the jersey for a record-extending eighth time, while Bennett is hoping to become the first Irishman to take the points classification since Sean Kelly in 1989.

All 22 teams set off after every rider tested negative for coronavirus on Monday’s rest day, with deputy race director Francois Lemarchand waving the flag for racing to commence in place of his boss Christian Prudhomme – who it emerged had also tested positive. 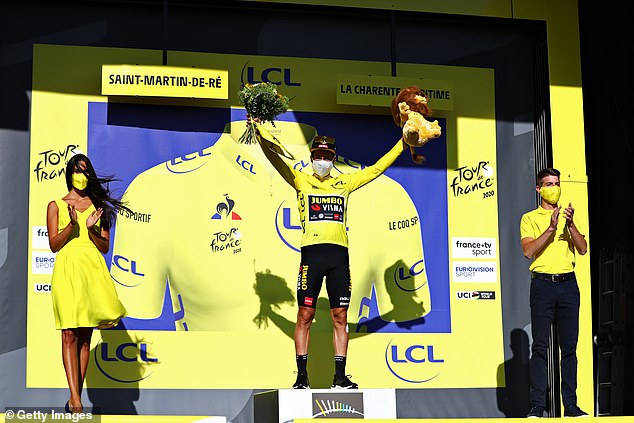 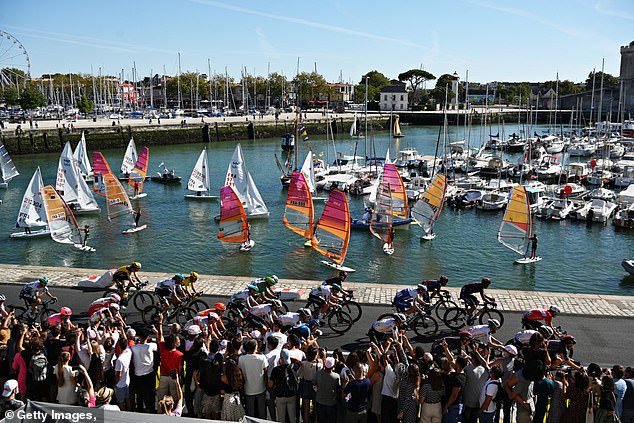 Tour de France spectators watch on during the 168.5-km ride on Tuesday

French health authorities and organisers Amaury Sport Organisation (ASO) have said that should two members of a team, riders or staff, test positive for coronavirus the whole outfit will be kicked out of the race.

The International Cycling Union (UCI) and the organisers said that one staff member each from French outfits Cofidis and AG2R-La Mondiale, Britain’s Team Ineos-Grenadiers and Australia’s Mitchelton-Scott contracted the virus.

On a route peppered with traffic islands and roundabouts, several crashes occurred, with France’s Guillaume Martin, third overall, and one of the main contenders, Slovenian Tadej Pogacar, being involved in a pile-up 65km from the line.

They both made it back to the main bunch. 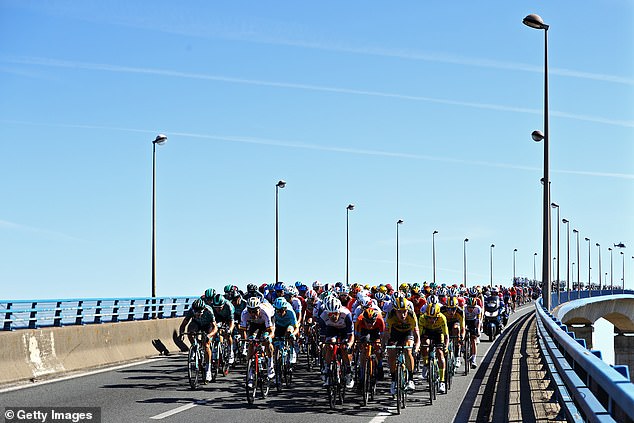