The A Star Is Born actor, 46, and the 35-year-old supermodel enjoyed a family outing on Thursday as Bradley carried their adorable little girl in his arms.

Meanwhile, Irina’s new romance with Kanye West appears to be heating up following their romantic vacation in Provence, France. On Thursday UsWeekly claimed the rapper plans on seeing the rapper again.

Unique: Shayk donned an eye-catching white Burberry t-shirt with a bright blue print of two mermaid tails that wrapped around the neckline at the front that extended down the front and crossed over

Ever the fashionista, Shayk donned an eye-catching white Burberry t-shirt with a bright blue print of two mermaid tails that wrapped around the neckline at the front that extended down the front and crossed over.

The stunning brunette’s hair was parted down the middle and pulled back into a bun. She accessorized simply with gold earrings and a delicate gold necklace.

Cooper kept it casual with a navy short-sleeved button-down shirt and khaki pants. His footwear consisted of charcoal gray sneakers with red laces.

The Hangover star shielded his eyes from the sun with a pair of black sunglasses as he carried Lea with one arm. Both Bradley and Irina went maskless. 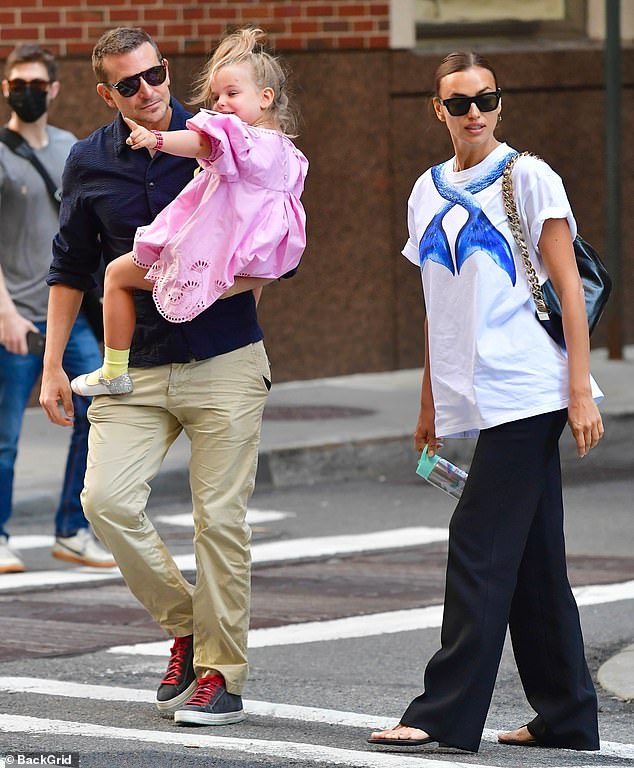 Lea, four, was wearing a beautiful cotton-candy pink dress edged in eyelet lace with puffy sleeves. She also had on yellow socks with silver slippers as well as a pink beaded bracelet.

Her blonde hair was tied up in a ponytail on the top of her head and clipped in the back with a pink butterfly barrette. As they crossed the street, Lea excitedly raised her hand and pointed as her movie star dad smiled at his child.

Irina and Bradley began dating in 2015 but split in 2019. Although the two are no longer a couple, they have kept up a friendly co-parenting relationship.

In recent photos exclusively obtained by DailyMail.com the Russian-born beauty and Kanye were seen in France, confirming their romance. 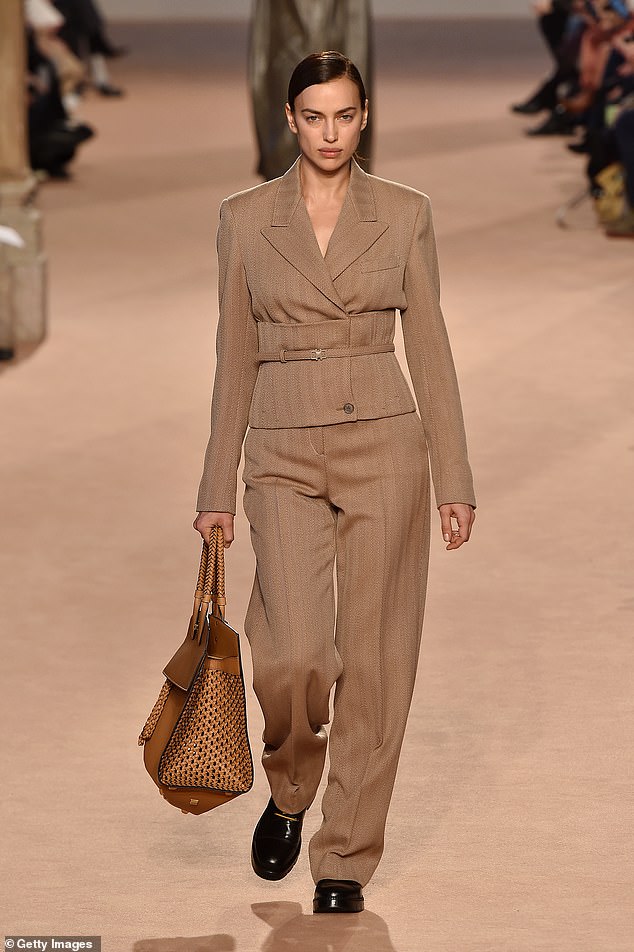 Common interests: A designer himself, a source said that he loves that Irina is an established model. Seen in 2020

After the pictures surfaced a TMZ insider claimed they had been an item since March, and last week a People source said his estranged wife Kim Kardashian has known about them for ‘weeks.’

‘It doesn’t bother Kim that Kanye is dating. Her only concern is their kids,’ the insider explained to People.

‘She wants Kanye to be present and spend as much time with them as possible. The kids love when Kanye is around.’

Kanye and Irina have known one another since at least 2010 when she played an angel in the music video for his song Power.

Then at Paris Fashion Week in 2012 she hit the runway for the rapper and fashion mogul’s fall/winter collection. Chill: A People source said Kim has known about Kanye and Irina  for ‘weeks’ and is not bothered. Seen in 2019

A source told UsWeekly Kanye was ‘the first to reach out’ as their friendship blossomed into romance.

‘They’ve been dating for a couple months now, from talking to meeting and now taking a trip for his birthday,’ the insider said. Kanye loves that Irina is very easygoing and a laid-back person to be with.’

A designer himself, the rapper and the runway star have many interests in common.

‘Kanye also loves that Irina is an established and respected model in the fashion community,’ the source told  Us Weekly. ‘He loves that she carries clout with the fashion world. He thinks they could be a very chic power couple.’ 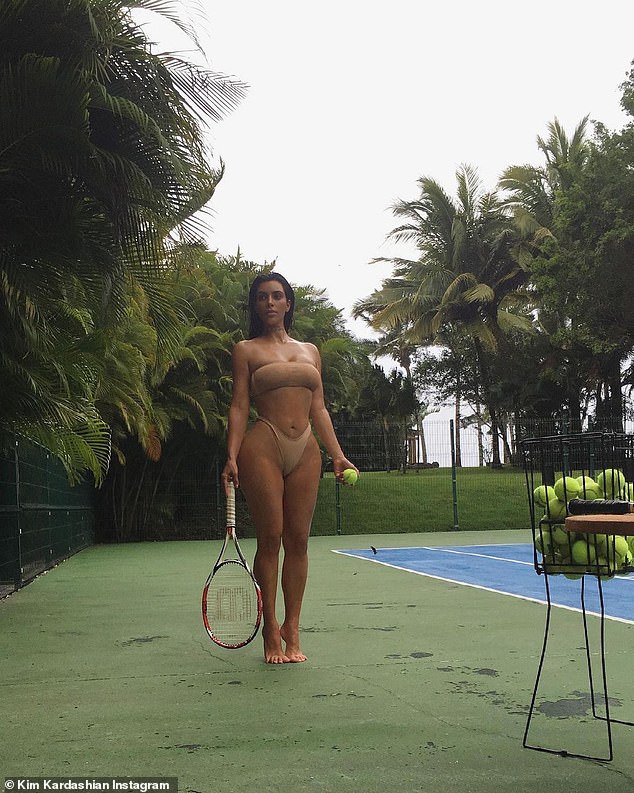 Doing her own thing: Meanwhile, Kim shared a sexy photo in a nude set on a tennis court on Thursday morning