Move over, Tony Stark! Iron Man-style robot is designed to help out during natural disasters by wading through rubble and using its propulsion backpack to fly over difficult terrain

An Iron Man-style robot is designed to help out during natural disasters by wading through rubble and using its propulsion backpack to fly over difficult terrain.

The robot, called iCub, has been developed by experts at the Istituto Italiano di Tecnologia (IIT) in Genoa, Italy.

Robotic systems in iCub’s palms will allow it to control power and direction as it zooms through the air using propulsion rockets.

iCub’s modest size – just 3.4 feet – and propulsion abilities will allow it to reach spots humans or drones cannot get to in search of human survivors.

The reminiscent of the Iron Man armour worn by Marvel Comics character Tony Stark, played on the big screen by Robert Downey Jr. 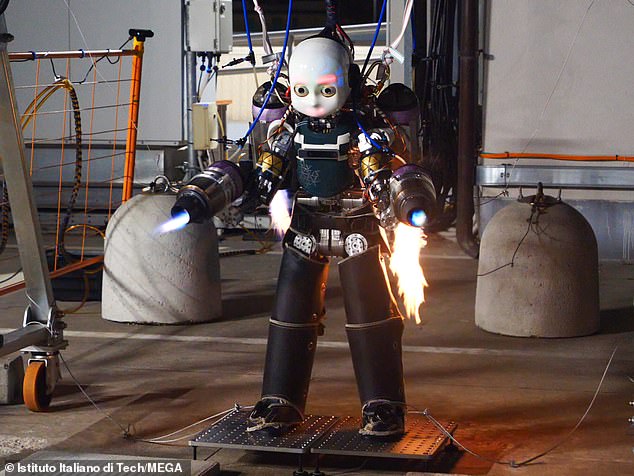 It can crawl on all fours, walk and sit up to manipulate objects. Its hands have been designed to support sophisticated manipulation skills 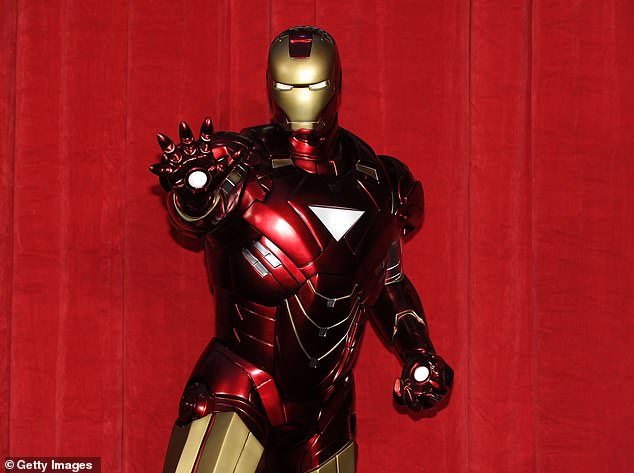 iCub, has been under development for more than a decade by Istituto Italiano di Tecnologia (IIT) experts.

It’s designed to be capable of aerial locomotion – performing outdoor inspection and to move from one building to another.

At 104 cm tall, the iCub has the size of a five-year-old child. It can crawl on all fours, walk and sit up to manipulate objects. Its hands have also been designed to support sophisticate manipulation skills.

According to experts at IIT, the field of robotics is still lagging behind in terms of offering affordable solutions for disaster scenarios.

‘Every year, about 300 natural disasters kill around 90.000 humans and affect 160 million people across the world,’ the institute’s website says.

‘Unfortunately, robotics is still lagging behind to offer affordable solutions in these disaster scenarios.’

iCub has been in development for more than 15 years. He has been named partly in a nod to the man-cub from Rudyard Kipling’s The Jungle Book.

iCub can crawl on all fours, walk and sit up to manipulate objects, such as fragmented pieces of building or rubble, while its hands have been designed to support sophisticated manipulation skills.

‘It is one of the few platforms in the world with a sensitive full-body skin to deal with safe physical interaction with the environment,’ IIT says. 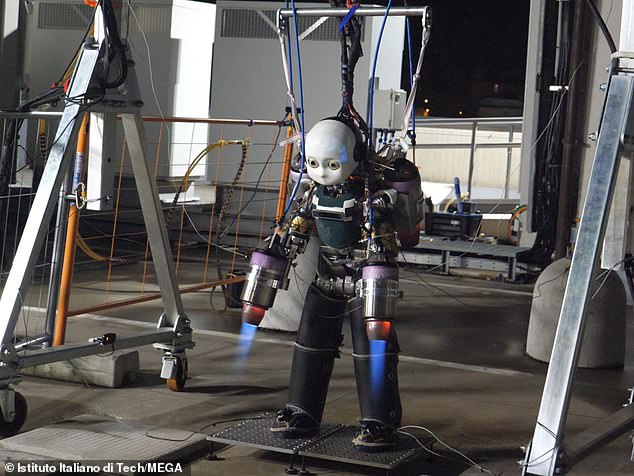 The small humanoid robot, called iCub, will fly using a propulsion backpack and has systems in its palms that allow it to control power and direction 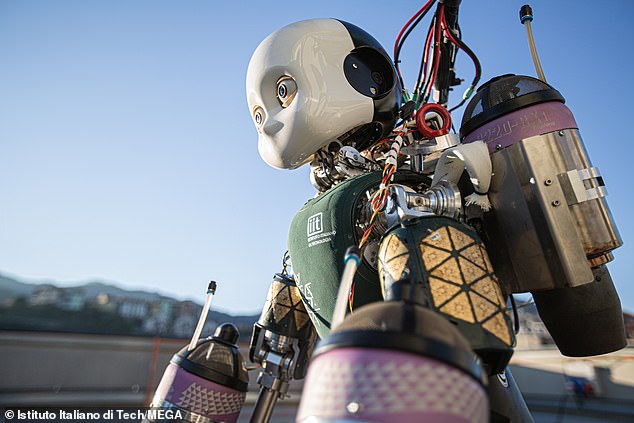 The IIT team has been working on robotics for the last 15 years, with the goal to push Italy forward in the sector.

A video simulation from the experts shows how human operators could remotely use software to move iCub around a disaster scenario.

SLITHERING ROBOTS BUILT TO MIMIC SNAKES USE A ‘CAR-LIKE’ SUSPENSION TO NAVIGATE TREES, ROCKS AND SHRUBBERY TO HELP SEARCH AND RESCUE MISSIONS

A snake robot that can nimbly slither its way up large steps has been developed by scientists to help search and rescue missions.

US engineers studied how the real-life serpents moved and used their observations to make a snake robot that can climb large steps.

It is thought that snake robots may some day help in the exploration of inaccessible terrain, such as across building rubble after an earthquake.

The breakthrough in robotic engineering uses a ‘car-like suspension’ to keep the wheeled robot level as it climbs tricky stairs.

The researchers say that their creation even came close to matching an actual snake’s speed.