Is Blue a boy or girl? Thousands of 90s kids are just realising the dog from Blue’s Clues is a girl

Thousands of 90s kids are in shock over startling fact about popular children’s show Blue’s Clues: ‘Why was I never told this?’

Thousands of adults who grew up in the 90s watching the popular kids show ‘Blue’s Clues’ are only just realising the animated dog, Blue, is a girl.

The show hosted by Steve Burns is accompanied by Blue while searching for a trail of paw print clues she’s left. During each episode Steve tries to figure out what Blue has planned for the day via the clues.

While the show launched in the US in 1996, many who thought Blue was a boy have been shocked to find out they’ve been wrong for the last 26 years.

The realisation comes after TikTok user Emily shared a video detailing how she thought both Blue and the main character from the currently children’s show ‘Bluey’ were both boys.

‘Blue Clues’ was a popular children’s show in the 90s that saw host Steve (pictured back right in window) and animated dog Blue (pictured front) try to find the clues the dog has left around the house. But thousands have just realised Blue is a girl, not a boy 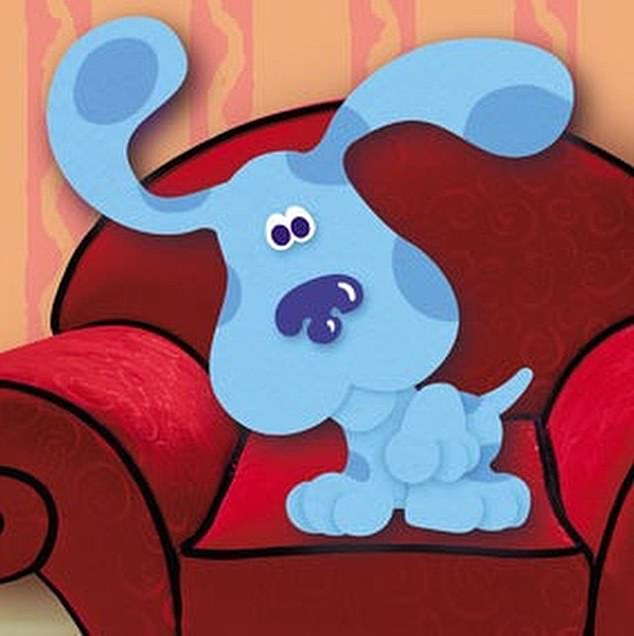 It comes after TikTok user Emily shared a video detailing how she thought both Blue (pictured) and the main character from the currently children’s show ‘Bluey’ were boys. It’s believed most viewers thought both characters were boys due to stereotypes around colours and genders – and the fact that Blue doesn’t speak

‘Wow, if I had a nickel for every time I thought a blue dog was a boy.. I’d have two nickels.. which isn’t a lot, but it is weird that it’s happened twice,’ Emily said in the video and recorded herself behind an image of the two characters.

It’s believed most viewers thought both characters were boys due to stereotypes around colours and genders – and the fact that Blue doesn’t speak.

On the other hand, six-year-old pup Bluey and her family are all talking dogs and the show touches on a diverse range of topics, from deafness to infertility and even ADHD.

But some have also mistaken Bluey as a boy – even an American CBS commentator at the 2022 Macy’s Thanksgiving Day Parade in New York City got it wrong when describing the Bluey float. 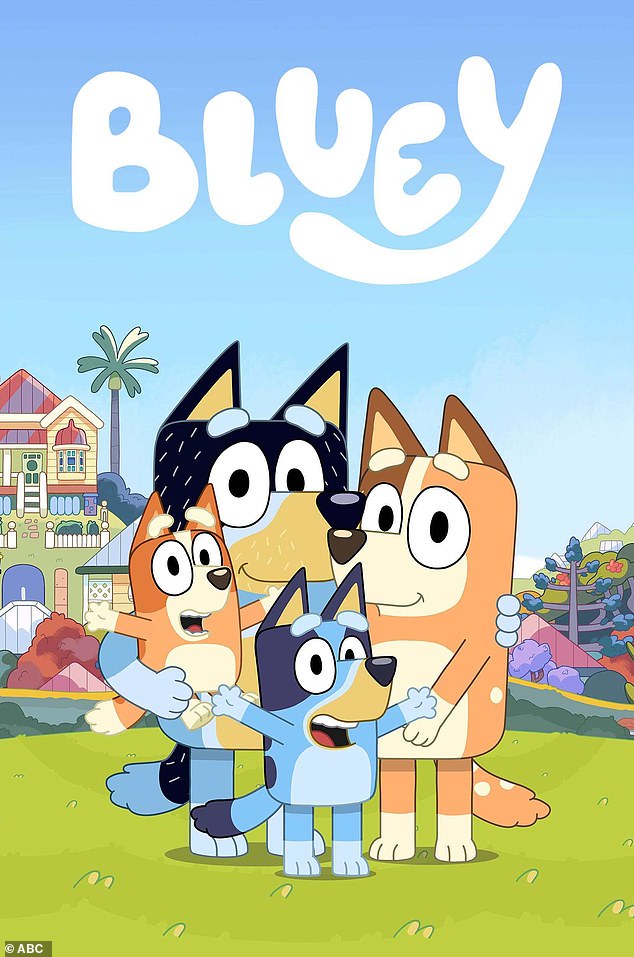 Australian TV show ‘Bluey’ is about a six-year-old blue heeler dog called Bluey (pictured front) and her adventures with family (also pictured) and friends. But some have also mistaken Bluey for a boy

After the video was posted on TikTok the comments were quickly flooded by those who couldn’t believe they didn’t know Blue was a girl.

Did you know Blue from Blue’s Clues is a girl?

‘I knew Bluey was a girl BUT BLUE FROM BLUES CLUE IS A GIRL?’ one person wrote.

‘No but didn’t Blue have a girlfriend?? The pink dog??’ another added but a third person pointed out Magenta was also a girl.

‘Wait what??’ a third added in disbelief.

Another said: ‘I knew Blue was a girl. Took me a bit to realise Bluey is a girl too.’

Others said they understand the shows are likely trying to break down stereotypes.

‘I appreciate kids shows trying to get rid of the whole blue=boy pink=girl thing but I didn’t know blue was a girl until I grew up,’ one woman said.

Another admitted they watch Bluey even as an adult.

‘Blue walked so Bluey could run,’ another joked.

But some claim they knew both dogs were girls the whole time.