Is Donald Trump taking his convention speech to a THIRD venue?

Is Donald Trump taking his convention speech to a THIRD venue? President hints at accepting nomination in another city after ditching Charlotte plan and scrapping Jacksonville ‘celebration’

President Trump indicated it could be three time’s a charm for finding an appropriate venue to deliver his Thursday night Republican National Convention speech.

In June he moved his portion of the RNC from Charlotte, North Carolina to Jacksonville, Florida after fighting with North Carolina’s Democratic governor over the state’s coronavirus restrictions that could prevent him from having a packed reception.

But on Thursday, the president had to call off the ‘convention celebration’ in Jacksonville due to Florida’s jump in COVID-19 cases, with nearly 9,000 new cases reported Monday. 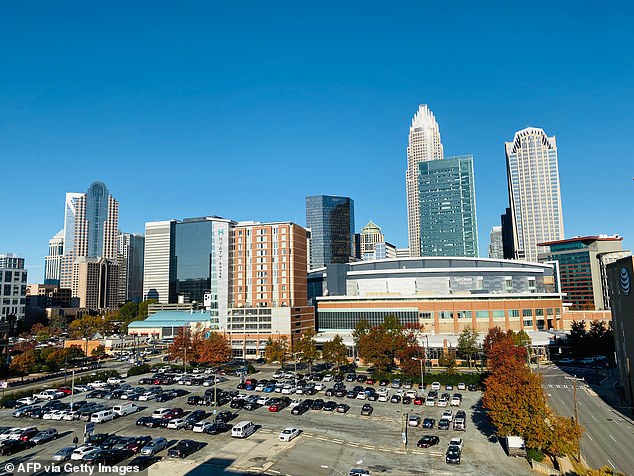 PLAN A: President Trump was originally supposed to give his August 27 address in Charlotte, North Carolina at the Spectrum Center 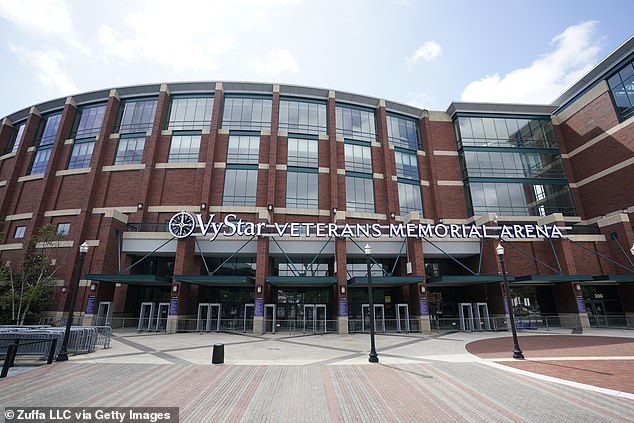 PLAN B: Once Republicans and North Carolina’s Democratic governor couldn’t come to an agreement, the president moved the primetime convention speeches to Jacksonville, where they were expected to be delivered from the VyStar Veterans Memorial Arena

‘So I told my team it’s time to cancel the Jacksonville, Florida component of the GOP convention,’ the president said at the top of his press briefing last week.

‘And I’ll still do a convention speech in a different form, but we won’t do a big, crowded convention per say. It’s just not the right time for that,’ Trump added.

Since then, reporters have tried to nail down where he would deliver his Thursday night speech, slated for August 27, when the candidate traditionally accepts his or her party’s nomination.

While the Monday part of the RNC – when delegates nominate Trump – will take place in Charlotte, the president has remained noncommittal about bringing the whole thing back to the state after his tussle with Democratic Gov. Roy Cooper.

‘We’ll be doing a speech on Thursday – the main speech, the primary speech,’ Trump first said when asked for clarity in the briefing room Tuesday. ‘Charlotte they will be doing nominating on Monday, that’s a different period, a different thing happening.’

Reuters Steve Holland then asked where Trump would physically be to make his speech – and would it happen in Charlotte.

Trump’s response shines a spotlight on the uncertainty of campaigning in the time of coronavirus.

In a brief attempt to get back on the campaign trail the president held a campaign rally in Tulsa, Oklahoma, in mid-June, but it was not well attended likely in part because of the continued spread of COVID-19.

Another planned Trump campaign rally in Portsmouth, New Hampshire was scrapped, though the campaign attributed the decision to bad weather.

Now, like Democrat Joe Biden, Trump is holding virtual events and fundraisers, though has also met with smaller groups of supporters including at Bedminster over the weekend and recently at his Trump International Hotel in Washington, D.C.