Is it ever a good idea to sleep with your flatmate?

Is having sex with your flatmate EVER a good idea? People reveal why they’ve taken the plunge – from a woman who discovered she’s bisexual to another who did it to guilt trip their roommate into washing up

From a regretful one-night stand to a full-blown affair, people have shared their experiences of sleeping with a flatmate in online confessions.

People from around the world took to anonymous US-based secret-sharing app Whisper to reveal what it was like when their flatmate became more than a friend.

One woman said she first discovered she was bisexual when she slept with her female roommate, while another admitted she had sex with the man she lives with, even though he has a girlfriend.

Here, FEMAIL shares some of the most eye-opening stories…

Still bitter? This man seems unable to get over the fact that his wife slept with his roommate 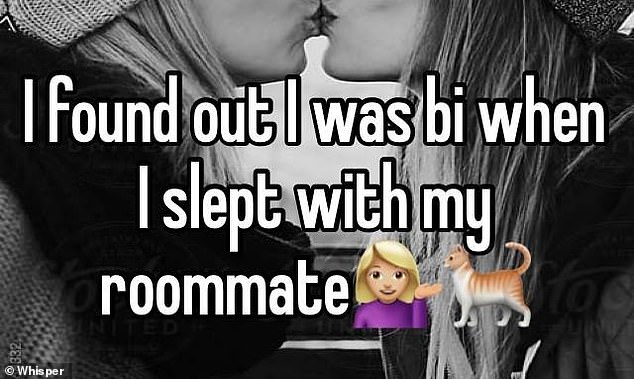 Life changing: A woman first knew she was bisexual after sleeping with her female roommate 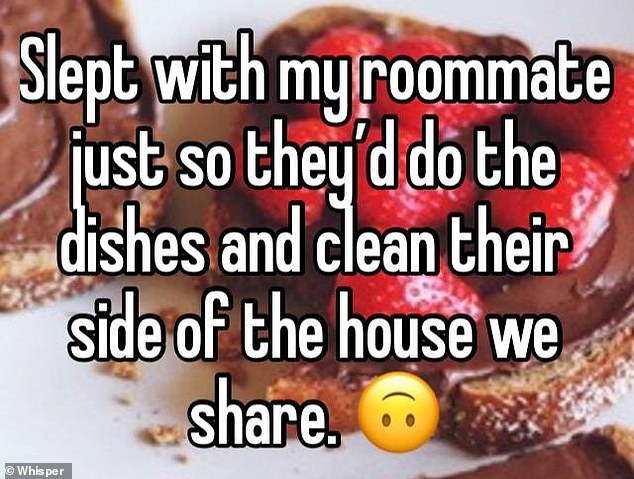 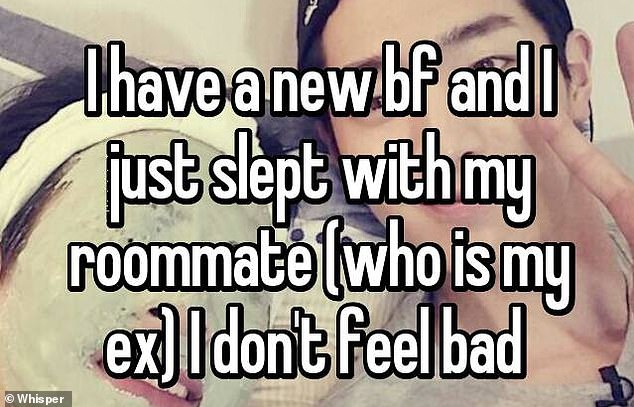 I’d do it again! This woman from Ashland City, Tennessee, has no regrets about what she did 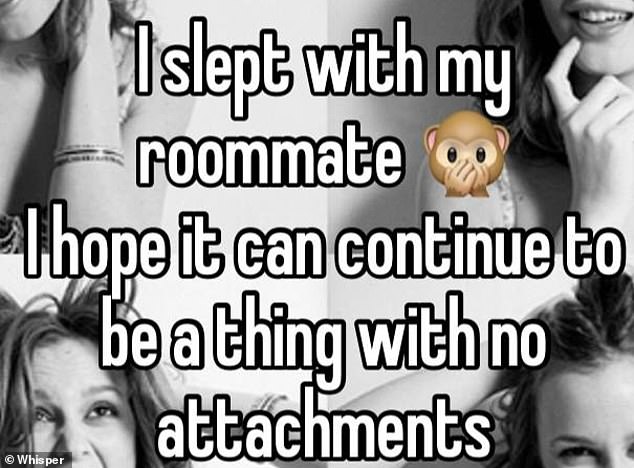 Friends with benefits? This woman from the US hopes for a future with her roommate 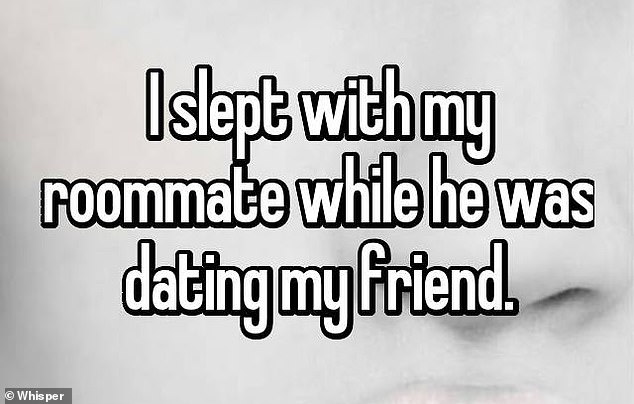 Betrayal: A woman from Lexington, Illinois, went behind her friend’s back with her roommate 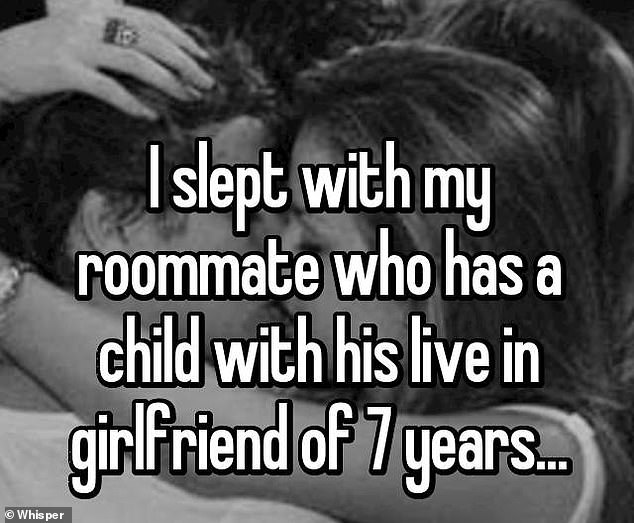 The other woman: A relationship is on the line for this couple from Tanglewilde-Thompson Place, Washington 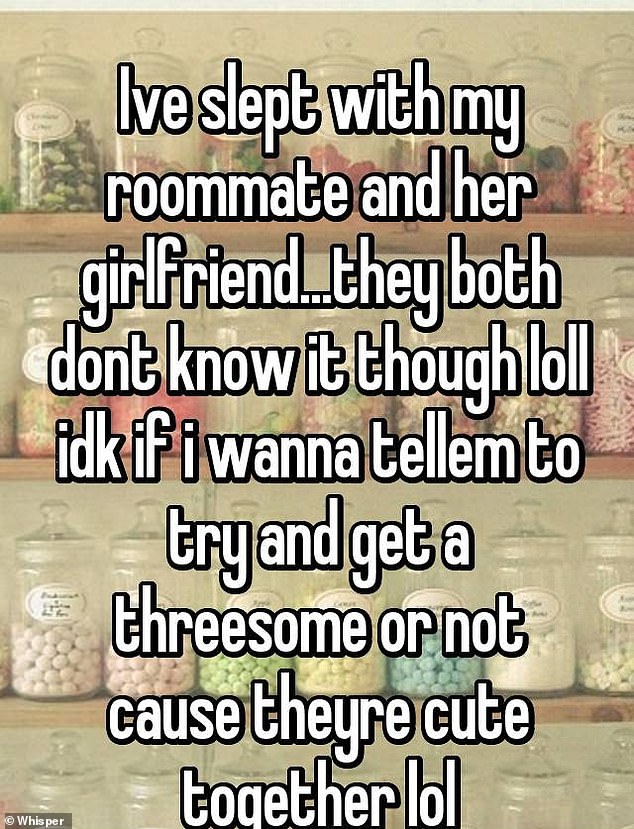 The more the merrier? A man from Detroit, Michigan, wants to set the wheels in motion 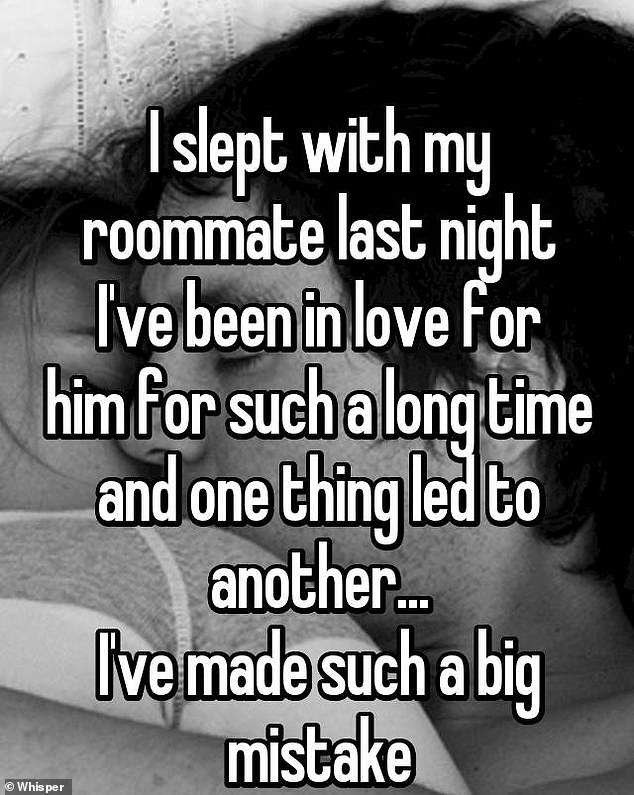 More than friends? This person felt sure they had ruined their chance with their roommate 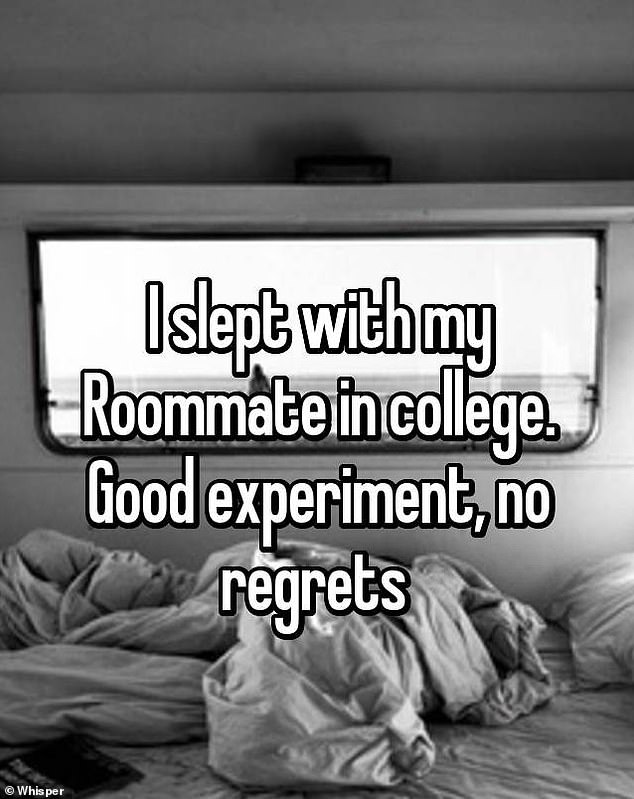 No regrets: The risk of crossing the line paid off for this person from Alvescot, Oxfordshire 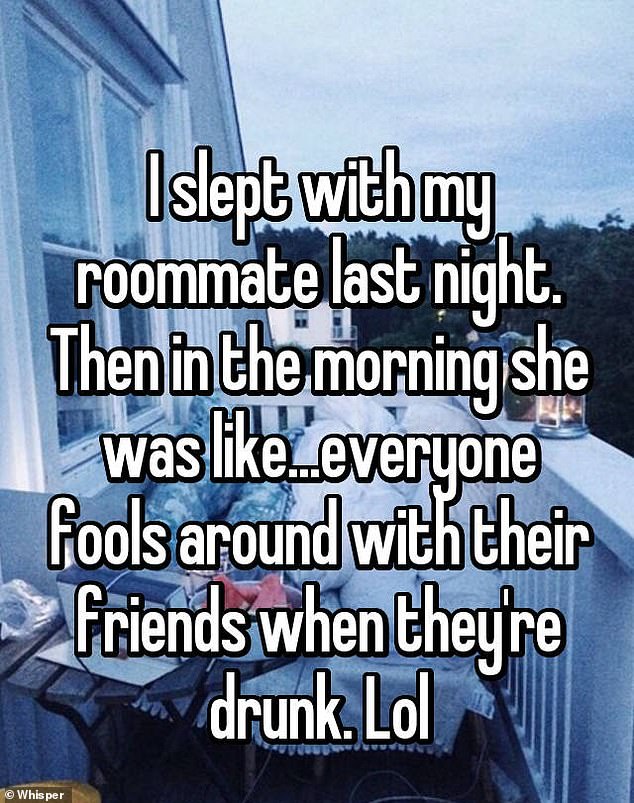 Unsure: This person from Grand Chute, Wisconsin, didn’t know what to make of their dalliance 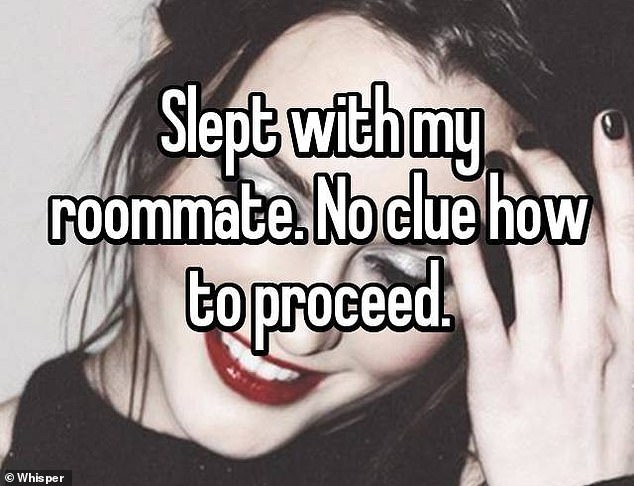 Advice please! Help is required for this woman from Anchorage, Alaska, after her night of passion 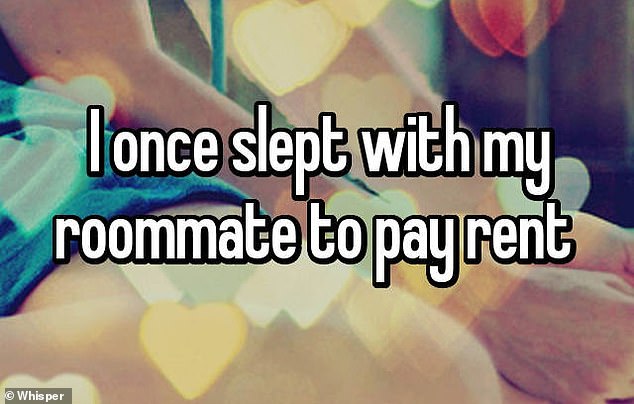 Desperate: This brief story was written by one person who resorted to having sex to pay the rent 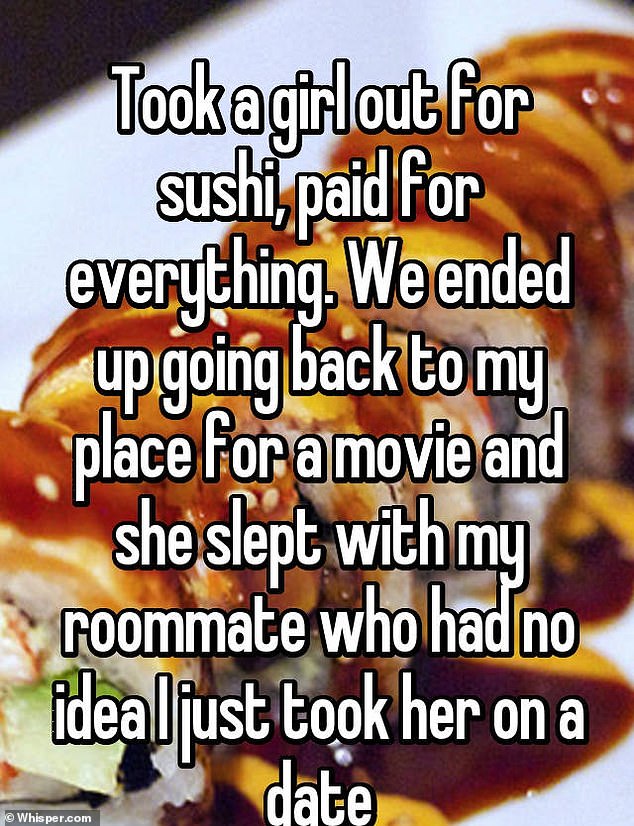 Dashed hopes: A person from St. Catharines, Ontario, thought the night would have ended differently