Is Lord Lucan working as a councillor in Bognor Regis?

The 43-year riddle of what happened to Lord Lucan has taken an unlikely twist after he was unveiled as a new parish councillor near Bognor Regis.

The whereabouts of the elusive earl has captivated the world and he has been variously ‘spotted’ in Africa, India, Australia, Holland and living in a Land Rover in New Zealand.

But locals in West Sussex were shocked to see the hunt for Lucan appeared to be over when he featured in the latest parish magazine.

The killer’s mugshot was used in the Bersted Parish Council newsletter when they listed its newest member, a retired lawyer called Paul Ralph.

Cllr Ralph has seen the funny side, admitting he ‘laughed like a drain’ when he saw it, but others are upset that the notorious aristocrat, who murdered the family nanny Sandra Rivett, 29, was used either in error or as a joke. 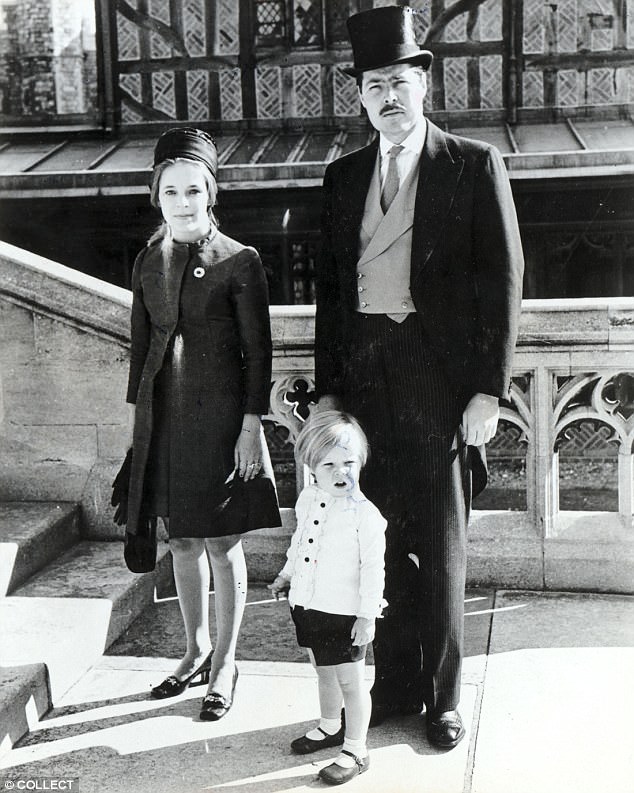 The debt-ridden aristocrat vanished in 1974 after the nanny to his three children Sandra Rivett, 29, was found murdered in his London home. Pictured: Lord Lucan, his son George Bingham with his mother

Retired lawyer, Cllr Paul Ralph, maintains he was not behind the prank, and believes the picture of the notorious aristocrat was only used because he delayed sending in a snap of himself to the parish magazine.

The 77-year-old said: ‘It’s somebody’s idea of a joke. I laughed like a drain when I saw it.

‘My daughter told me about it, when I realised it had more implications I took it more seriously.

‘I just didn’t send in a picture of myself in time and somebody has decided to use that picture as a joke.

‘I have a sense of humour and laughed at it, but I wish they hadn’t used someone as notorious.

‘If it had remained internal we could of all had a laugh at it, but it has gone out on Facebook and now the whole world has seen it.

‘It’s a joke which has just gone a bit too far. I wouldn’t want anything to distract from the serious work the parish council, and other councils up and down the country, do every day.’

John Bingham, 7th Earl of Lucan, commonly known as Lord Lucan, vanished in 1974 after being suspected of murdering his children’s nanny, Sandra Rivett.

He has never been seen since despite hundreds of unsubstantiated sightings. 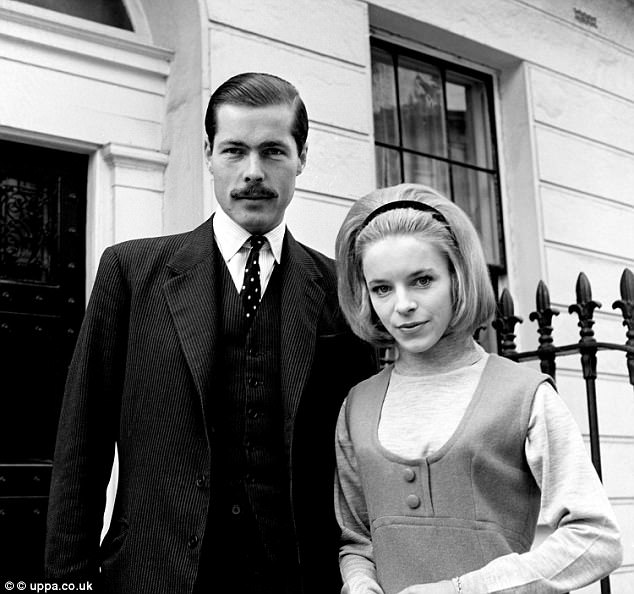 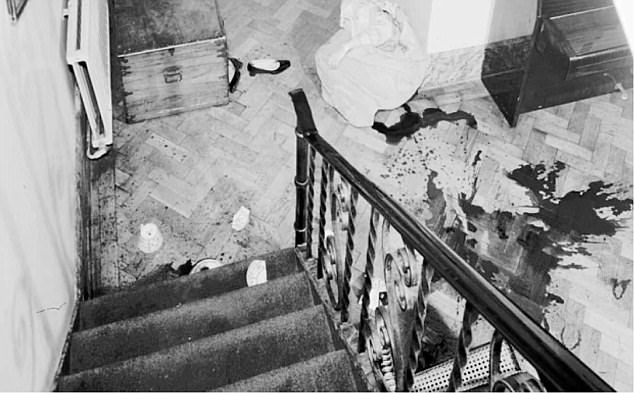 However, the famous black and white photograph of the moustachioed peer has now appeared in a parish magazine announcing three newly elected Bersted parish councillors.

The latest edition of Bersted in Focus, states: ‘We’re pleased to introduce our three new councillors who gallantly responded to the appeal for volunteers.

‘Paul Ralph is a retired lawyer, Trevor Marshall is a former soldier, caterer and IT project manager and Keir Greenway works as a finance assistant.’

The ‘amazing revelation’ was spotted by a local cartoonist, Mike Jupp, who posted a picture of the magazine on Facebook: ‘LORD LUCAN IS ALIVE…AND WORKING IN NORTH BERSTED.’

Mike wrote: ‘Sensationally!.. Page 35 reveals that John Bingham, aka the 7th Earl of Lucan, wanted for murder and missing since 1974, is now a newly elected Bersted Parish Councillor.

‘Lord Lucan is described as ‘a retired lawyer’ using the alias, ‘Paul Ralph’.’

Mike, rather tongue-in-cheek, asked if the appearance is a ‘cock-up or the truth’.

The real Lord Lucan was last spotted at a friend’s house in Uckfield, but as he has not been seen since, a death certificate was issued in 2016.

It is understood that, rather than ending one of the most scandalous mysteries of the last 50 years, the wrong picture was simply attached.

Both Bersted Parish Council and Bersted in Focus have been approached for comment.

SIGHTINGS OF LUCAN ACROSS THE GLOBE: JUNGLY BARRY, A GOAT CALLED CAMILLA AND THE RIDDLE THAT HAS FASCINATED THE WORLD FOR 40 YEARS 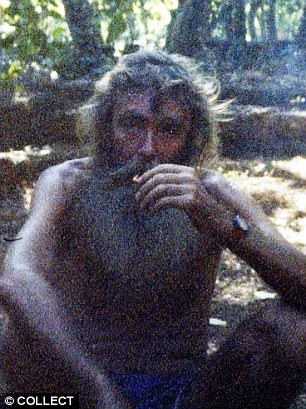 A former Scotland Yard detective claimed in 2003 that an ageing hippy living in Goa, India was Lucan. Instead, it turned out to be Barry Halpin, or Jungly Barry, a well-known musician

In the years since he disappeared, Lucan (who would now be 81) has been variously ‘spotted’ in Africa, India, Australia, Holland and living in a Land Rover in New Zealand with a goat called Camilla.

There have been theories that the peer fled to West Africa and — extraordinarily — that his children were flown out there so he could see them.

‘Lucky’ Lucan’s privileged gambling friends were also said to have spirited him out of the country so he could evade justice, and his estranged wife (who was his intended target when he killed the family nanny) has previously claimed that as a gambler he would never have committed suicide ‘as gamblers always win the next hand’.

In 1974 Australian police arrested a man they believed to be Lucan but it turned out to be Labour MP John Stonehouse who had faked his own death a month before.

A former Scotland Yard detective claimed in 2003 that an ageing hippy living in Goa, India was Lucan. Instead, it turned out to be Barry Halpin, or Jungly Barry, a well-known musician from the 1960s folk music circuit.

In 2004 Scotland Yard reopened the Lucan case and produced an image of what he would look like now. That same year it was reported that he had been living in Mozambique and was known by the name of John.

An Englishman in New Zealand called Roger Woodgate, who lived in a Land Rover with a goat called Camilla, was accused of being Lucan in 2007. Woodgate admitted he arrived in the country the same year that Lucan went missing from the UK but said he was 10 years younger and five inches shorter.

Other sightings include Lucan working as a waiter in San Francisco, at an alcoholics centre in Brisban and at a hotel in Madagascar.

There has even been speculation, started by Mr Aspinall, that Lucan committed suicide by scuttling the powerboat he kept at Newhaven. He said Lucan had killed the nanny by mistake and felt ashamed by his actions.