Is Tesla’s share price plunge a buying opportunity or warning?

Is this week’s Tesla share price plunge a great buying opportunity or a signal to stay well away? asks ALEX SEBASTIAN

A pullback in Tesla shares after the meteoric rise over recent weeks was inevitable.

It doesn’t matter how good a company is, if its shares rise too much too quickly there will be some degree of profit taking and a fall in price.

In the case of Tesla this has been rather dramatic, with a 21 per cent fall yesterday to $330 and a 33 per cent total fall from its recent high point of brushing $500 per share.

As a mark of its stratospheric rise, however, even after that Tesla shares are still up 17 per cent on a month ago.

The failure to make the grade for inclusion in the S&P 500 provided the trigger many investors were waiting for to push the sell button and bank some cash.

There are a few factors which have exacerbated the correction. Chief among these is the recent influx of short term retail investors.

Dubbed ‘Robinhooders’ after the popular app, this year has seen an uptick in first time investors who primarily use their smartphones to buy rather than traditional stockbrokers.

They tend to be unadvised and looking for short term profits, or ‘gainz’ as some say, rather than saving for retirement or to buy a house.

While the amount of money they are moving is small compared to the institutional investors that dominate the stock market, collectively they can have an impact.

Tesla, with its celebrity boss Elon Musk and its cutting edge technology is the epitome of a retail investor magnet. 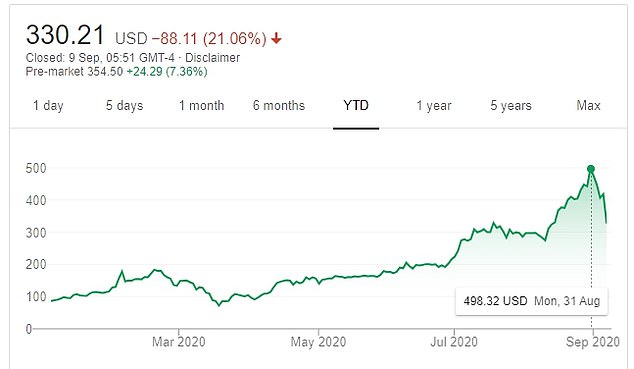 Another factor is a general rise in volatility across the stock market over recent weeks that makes both upswings and falls larger.

As well as the technical story of the shares being heavily overbought over the past couple of months, there are fundamental issues with Tesla that investors need to pay careful attention to if they are planning to jump in, even at these reduced prices.

Undoubtedly there are great aspects to Tesla as an investment. It has beaten the big established car makers to the punch with its battery technology, automation, and certain other vehicle design elements.

While there is always the elephant in the room of the serious lack of charging points when people are away from their own homes, the cars are clearly high quality, desirable products. And Tesla has challenged the charging issue head on, with its own network of superchargers.

Tesla is also likely to benefit from favourable government treatment in many places, given the push to encourage green technology adoption around the world.

The broad rise of electric vehicles is clearly going to continue for decades to come.

If anything, it will accelerate as the technology improves and governments around the world ratchet up taxes on fossil fuel powered driving. Ultimately, many countries are planning to ban petrol cars entirely.

The major risk factor in holding Tesla shares for the long run is that the German, Japanese and other American car giants will catch up in technological terms, and undercut it on price.

There is also the prospect of new entrants springing up with some good tech and deep-pocketed investors behind them, as we are now seeing with Nikola.

Shares in the rival electric vehicle firm have rocketed 50 per cent this week and GM has taken an 11 per cent stake in the upstart. 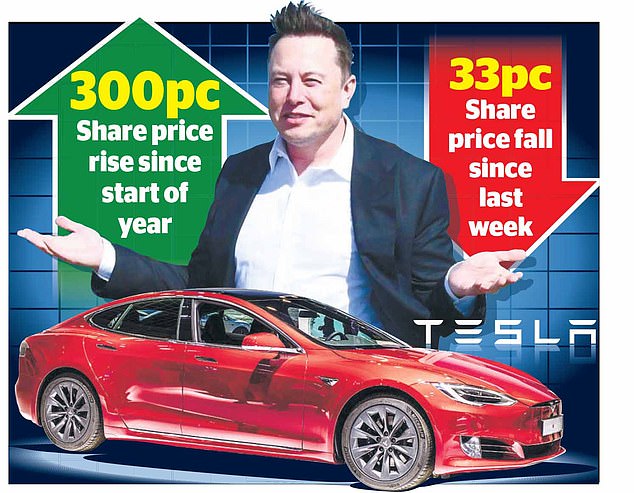 That will certainly be drawing the Robinhooders’ eyes, and could see them redeploy more of their Tesla gains.

Questions also need to be asked by investors over how demand for pricey Teslas is going to hold up over the long run.

How many of the likely buyers of a Tesla have already got one? Will they feel the need to upgrade when new models come out? These things are far from clear.

Likewise, there is great uncertainty over the viability of China as a market for Tesla, given the escalating tensions with the US.