Is the emergence of ‘pump and dump’ groups evidence the US stock market is topping out?

Are we on the verge of a ‘Taper Tantrum’? asks ALEX SEBASTIAN: It is inflation rather than the GameStop saga that will determine how long the US stock market’s gains can keep coming

The recent rise to prominence of social media-based trading groups will have been taken by some as a sure sign markets are topping out of their stellar recent run, particularly US equities.

The risk seems concentrated on the individuals who partake in these groups rather than the wider market though.

While a few hedge funds getting their fingers burnt will be greeted by the world’s smallest violin, there are certainly reasons to be concerned about the WallStreetBets and GameStop saga.

Chief among these is that retail investors are increasingly using leverage – borrowed money – to pile into ‘stonks’. This practice being used more widely, and by people who don’t know what they are doing, greatly heightens volatility and risk for these investors and the companies involved.

Another concern is that the culture in these groups is one of short-term, high-stakes bets on single stocks. This is the opposite of smart investing: spreading risk across a large number of funds, trusts or stocks and holding them for at least three years.

Despite these realities and the grave consequences for people who bet more than they can afford to lose in this way, there is little to suggest it could cause a stock market slump.

Bull markets don’t die of old age is the famous adage, and it’s likely to hold true. The factors that generate a prolonged rally in stocks in the first place need to change for prices to fall back.

The current market rally has been fuelled by expectations of a strong economic recovery in the mid part of 2021 helped by fiscal stimulus, coupled with vast amounts of quantitative easing from the Federal Reserve and other central banks.

The trend will only run out of steam or reverse when the economic data shifts and the Federal Reserve changes tack.

The big thing to watch is inflation data, not Reddit. What ultimately forces the hands of central banks is an indication that price rises across an economy could get beyond the target of 2 per cent.

Should the US economic recovery later in the year be strong, there is a good chance the Fed will begin tapering down its QE program relatively soon after it becomes evident.

We remain some way off that point, but as soon as investors get a whiff of that happening it’s likely to take the steam out of equities markets.

Last time the Federal Reserve began to rein in major monetary stimulus it resulted in the 2013 ‘Taper Tantrum’. Bond yields spiked and stocks fell back as the reality that less liquidity would be flowing through the financial system dawned on investors. 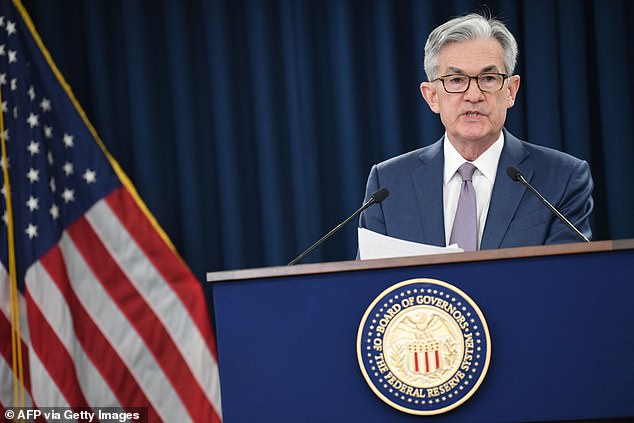 Shares stabilised quickly and ultimately continued to move higher though, so it was more a short term set-back than a major reversal.

The odds are that in the absence of another ‘black swan’ event the 2021 or 2022 version of the Taper Tantrum will tell a similar tale.

Fed chair Jerome Powell and his colleagues will be acutely aware that the process needs to be communicated very carefully, and will have learnt from the 2013 episode.

This means trying to time the market by bailing out of US stocks in the hope of buying back in cheaper is fraught with hazard. Most investors that attempt this will jump too soon or try and get back into positions too late.

While bonds could be hit hard again, equities investors are likely to be best served by just riding out the dip.