North Korean leader Kim Jong-un’s secret daughter has been seen for the first time at a national event, experts in China believe.

She was one of several children performing a song for Kim Jong-un and his wife, Ri Sol-ju, but something about her in particular stood out to experts.

Writing under the alias Samhero, one analyst on the InDPRK blog noted how Ri Sol-ju reaches for this particular girl at the end of the show.

She places her hand on the child’s back and is seen talking to her personally, only breaking off when she needs to move another girl out of her husband’s path.

And when the other children huddle around Kim Jong-un, jumping with excitement, she appears calmer, even grabbing another girl’s arm to hold her back when she follows him too closely.

North Korean leader Kim Jong-un’s secret daughter has been seen for the first time at a national event, experts in China believe 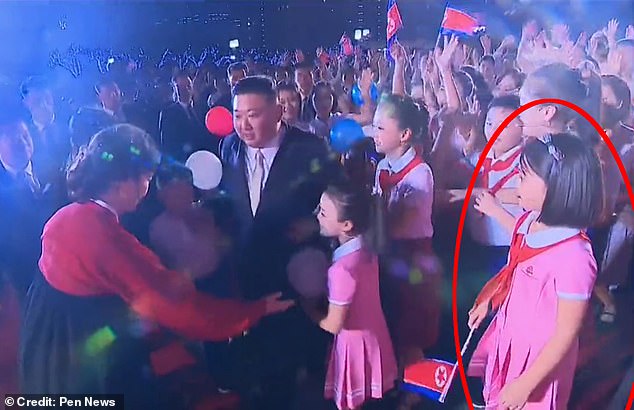 And when the other children huddle around Kim Jong-un, jumping with excitement, she appears calmer, even grabbing another girl’s arm to hold her back when she follows him too closely 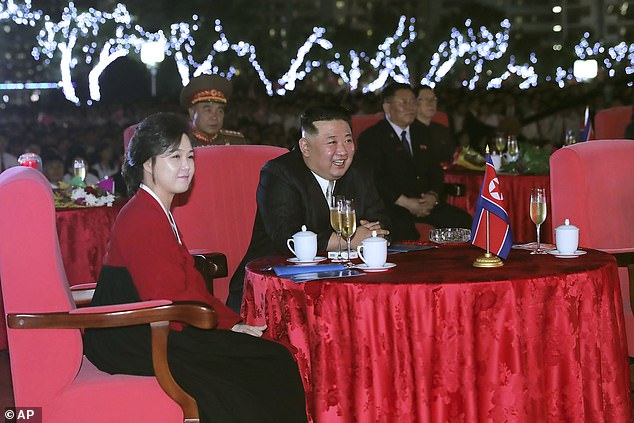 The analyst saw further clues during the actual performance itself: the camera focuses on her as the singing begins, lingering for several seconds, before returning to her again and again.

Meanwhile, her appearance stands out too – she is the only girl wearing her hair down, and the only one donning white socks.

Furthermore, the Kims themselves seem very invested in the performance – at one point the camera cuts directly from the beaming first family to a close-up of the girl.

At times, we can even glance the tyrant’s sister, Kim Yo-jong, apparently wiping away tears.

Others have noted that the girl performed just once, when the tyrant was in attendance – apparently missing a repeat performance the following night.

Michael Madden, an expert on the North Korean elite, said Kim’s daughter would be of a similar age to the girl in question.

He said: ‘She would be close to ten years old in 2022 which is about the age of the girl shown in state media footage.’ 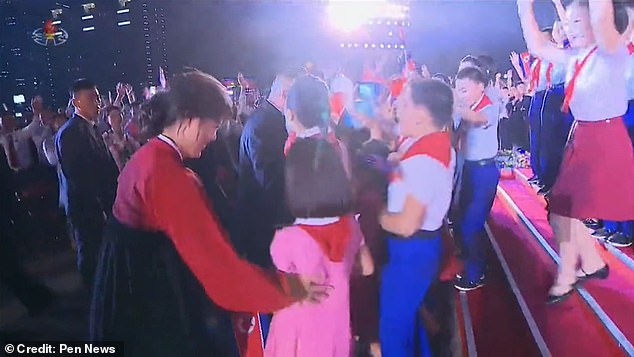 Writing under the alias Samhero, one analyst on the InDPRK blog noted how Ri Sol-ju reaches for this particular girl at the end of the show. She places her hand on the child’s back and is seen talking to her personally, only breaking off when she needs to move another girl out of her husband’s path 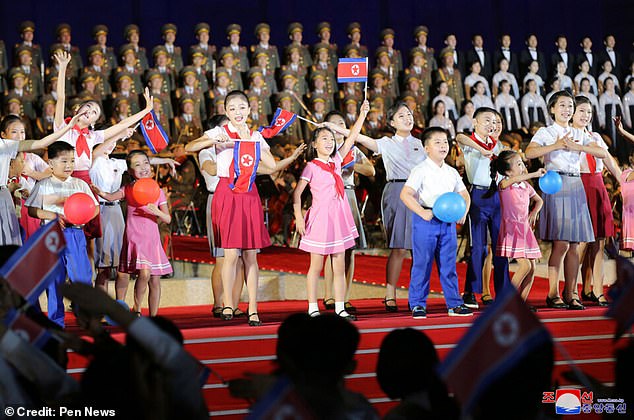 The analyst saw further clues during the actual performance itself: the camera focuses on her as the singing begins, lingering for several seconds, before returning to her again and again

He added that Ri Sol-ju had herself made multiple TV appearances before she was ever identified as part of the first family.

‘Madame Ri appeared on North Korean television on several occasions as a singer, sometimes as a soloist, at concerts,’ he said.

‘These appearances occurred prior to her July 2012 identification as Kim Jong-un’s wife.’

But he emphasised that making his daughter too public could carry risks for Kim.

Mr Madden said: ‘When Kim Jong-un was a child and teenager, he was kept cloistered from all but the top North Korean elites who had close family or personal relationships to his father.

‘North Korean elites could not interact with him or his siblings without his father’s approval.

‘Potential adversaries among North Korean elites, if aware of the identities of the leader’s children, could present a vulnerability.

‘Instead of fomenting a coup or insurrection against the political leadership, the children could be kidnapped or harmed as a means of attaining leverage over the leader. 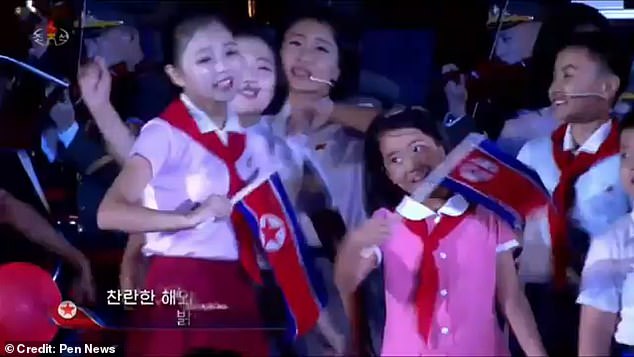 The girl (right) was one of several children performing a song for Kim Jong-un and his wife, Ri Sol-ju, but something about her in particular stood out to experts

‘This applied to Kim Jong-un when he was growing and could very well apply to his own children.’

He added: ‘This dynamic reduces the likelihood he would allow his children to show up on state television, even inter alia.’

Mr Madden, a fellow of The Stimson Center in Washington DC who also runs the North Korea Leadership Watch website, explained that there were likely more Kim children too.

The existence of Kim Ju-ae was confirmed by basketball star Dennis Rodman who visited Kim Jong-un in 2013, but others have long been rumoured.

Mr Madden said: ‘The current rumours intelligence about the children of Kim Jong-un says that he has three children, two daughters and one son.

‘That said, the information feeds about his children are contradictory and speculative.

‘Some information about their children derives from observation of state media photos in which Madame Ri appears to be pregnant.’

Kim Jong-un himself was only made known to his countrymen in 2010, the year before the death of his father and predecessor, Kim Jong-il.

There’s also growing speculation that a mysterious woman seen following the dictator recently is his half sister, Kim Sol-song.

Who is Ri Sol-ju? Former singer and cheerleader who had to take a six-month course before becoming Kim Jong-un’s wife

Ri Sol-ju has been pictured for years accompanying her husband Kim Jong-Un on state visits – but just who is the dictator’s wife? 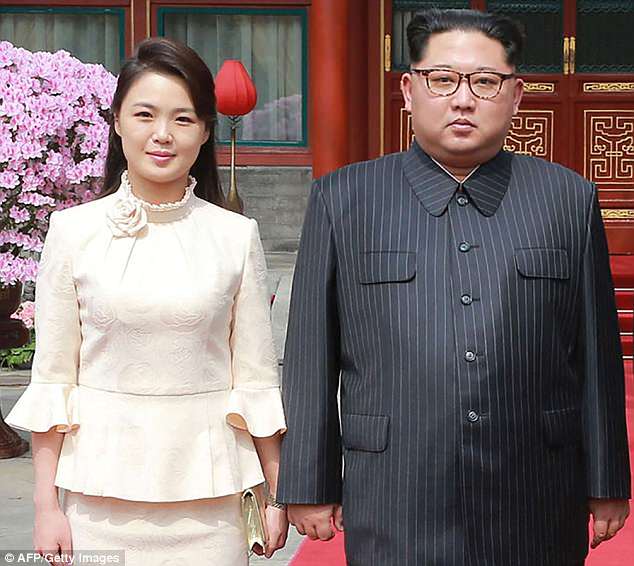 Kim Jong-un visited China this week alongside his seldom-seen wife, Ri Sol-ju. Little is known about her, including her age, who her parents are, and whether Ri is even her real name 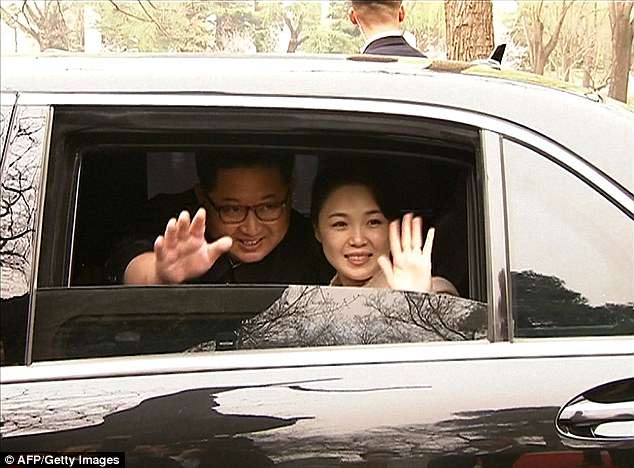 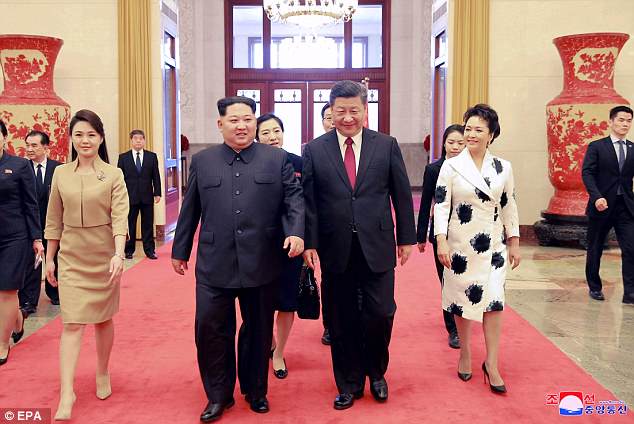 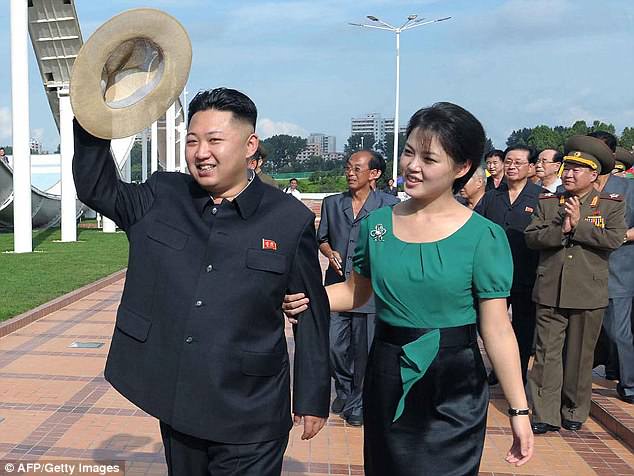 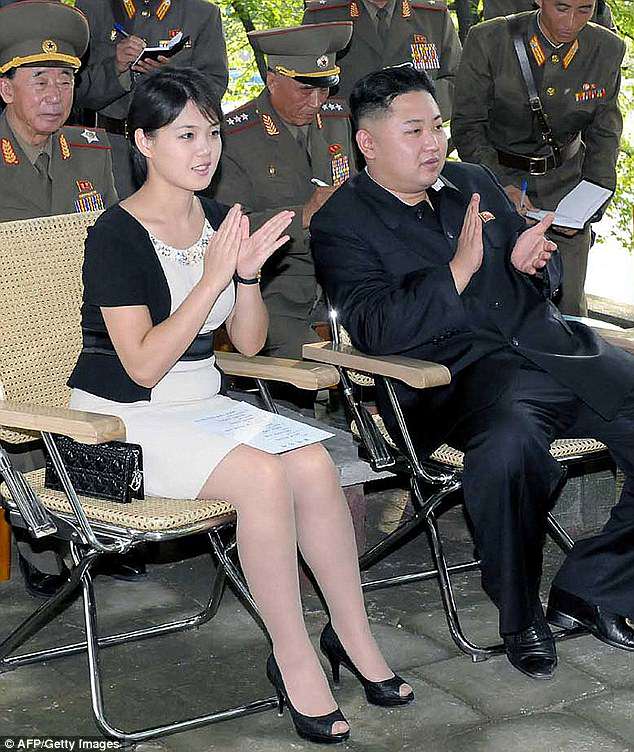 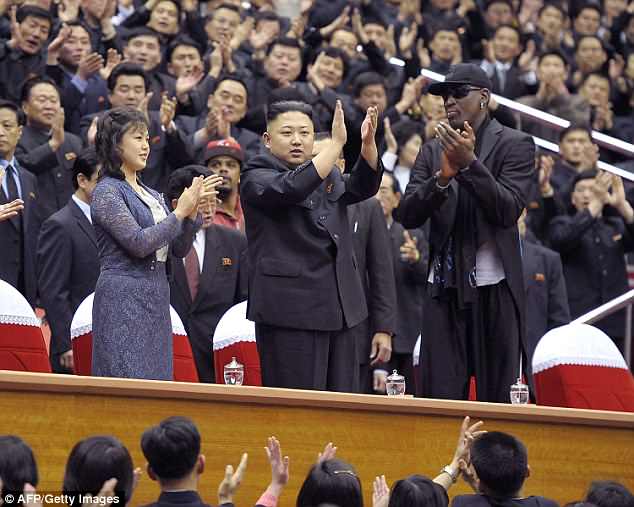 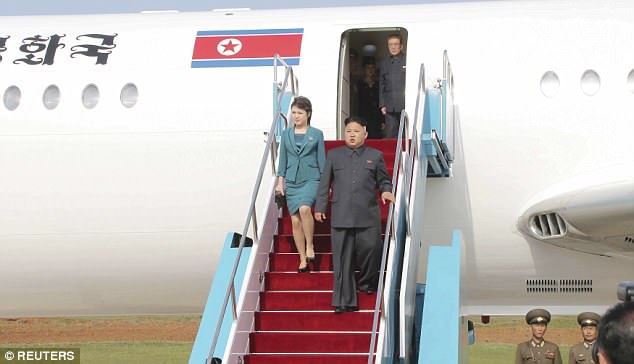 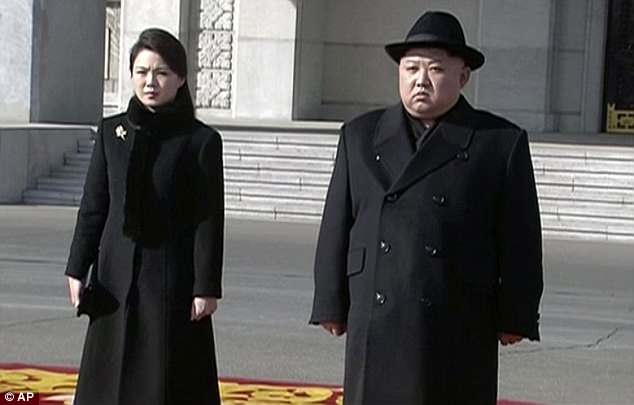