Is this what Boris Johnson’s VIP jet will look like?

Is this what Boris Johnson’s VIP jet will look like? Mock up based on ‘leaked diagram’ shows RAF Voyager plane after £900,000 Union Jack makeover

Boris Johnson will fly the flag for Britain when he travels to international summits on his revamped VIP jet – according to a leaked diagram which shows the Union Jack blazoned across the tail.

An RAF Voyager used by the prime minister, senior ministers and the royal family is undergoing a ‘red, white and blue’ makeover costing £900,000.

The first glimpse at what the patriotic paint job could look like has been mocked up by aviation enthusiast and photographer Andrew Evans.

By photo-shopping the supposedly ‘leaked’ design plans, which have been widely circulated and been seen by MailOnline, on to the current military aircraft, he has provided the closest possible estimation of the finished product. 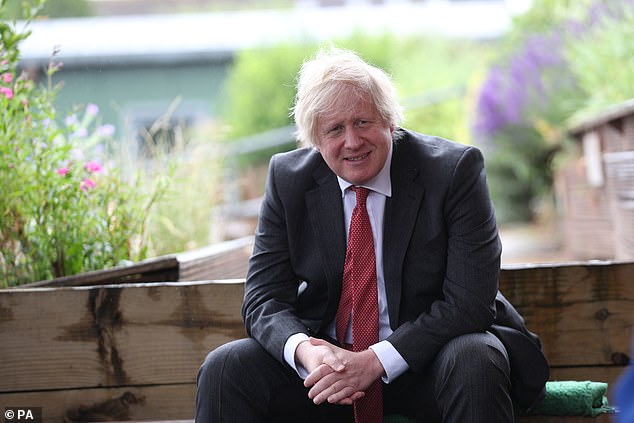 The words United Kingdom are painted in gold on the outside of the fuse lage and the British flag coats the tail before trailing off in a single blue line towards the cockpit.

Mr Evans, 36, from Solihull, tweeted the picture last night with the caption: ‘Based on the diagram of the design doing the rounds in enthusiast groups last night – here is the expected scheme for the VIP Voyager currently being painted at the moment.’

He said that the leaked diagram, which was being shared among the aviation industry as early as Wednesday night, seemed ‘legitimate’.

Commenting on the plane design, he told MailOnline: ‘It’s better than I expected.

‘Considering who it’s for, I expected it to be a bit more bold. It’s more subtle.’

Mr Evans, the current volunteer chair of the Air Show Review likened it to the VIP jets used by the French government.

Britain does not have a prime ministerial plane used solely by Downing Street, unlike many other countries such as America’s awesome presidential jet, Air Force One.

The makeover will try to bolster the UK’s standing on the world stage, but it has come under fire by political rivals who brand it a waste of taxpayer money. 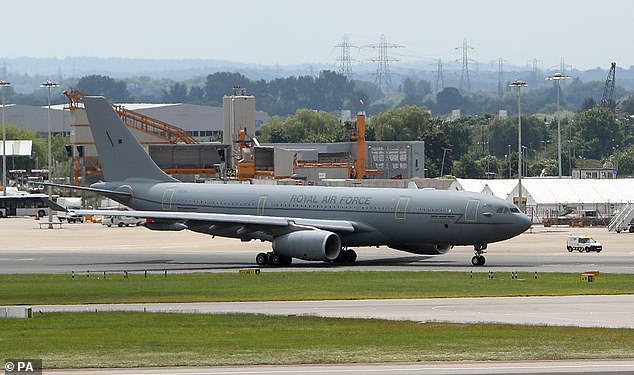 Acting Liberal Democrat leader Sir Ed Davey said: The drug dexamethasone, that can potentially save the lives of people with coronavirus, costs £5 per patient.

‘Boris Johnson could have bought 180,000 doses of that, but instead he’s painting a flag on a plane.’

Defending the plan, the PM’s spokesman said: ‘This will mean that the plane can better represent the UK around the world with national branding, similar to many other leaders’ planes, while also retaining its military air-to-air refuelling capability.’

The idea has also been ribbed on social media, with suggestions that Mr Johnson will look like Austin Powers on tour.

Red, white and blue will be painted on the rear of its fuselage and up the fin. It is expected to be unveiled in the coming days.

The interior of the Voyager had a £10million makeover in 2016, when David Cameron was prime minister.

Mr Johnson and other ministers, as well as members of the Royal Family, will be allowed to use the plane, which will also continue to be used as a refuelling aircraft.