Is this what the royal baby Prince Louis could look like?

The Duke and Duchess of Cambridge have finally revealed the name of their newborn son, and this is how he could look in years to come.

A forensic artist, who is based in Washington D.C, studied recent photographs of Prince William, Kate and their two eldest children.

Joe Mullins then put together an image of what he predicts Prince Louis will look like in the future.

According to Mr Mullins’ predictions the youngster will have blue eyes, dark blonde hair and full cheeks.

He has previously released images of what he predicted Prince George and Princess Charlotte would look like as they grew up.

At the time Mr Mullins’ pictures suggested that the children would both have dark hair and blue eyes.

Royalists and bookmakers alike have waited patiently since Monday to find out the name of the new arrival and fifth in line to the throne. 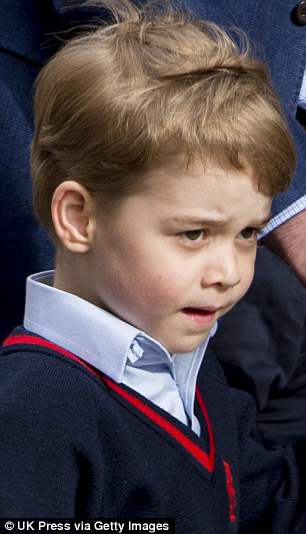 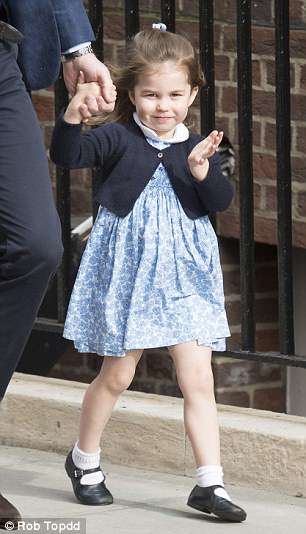 The name serves as a poignant tribute to Prince Charles’ beloved great-uncle, mentor and ‘honorary grandfather’, Lord Mountbatten, who was killed in 1979 when the IRA placed a bomb in his fishing boat.

More than 100,000 bets were placed across the UK betting industry on the baby name, with both Albert and Arthur leading the way as the bookmakers’ favourite.

But William and Kate have plumped for a moniker used for centuries across the Channel by the French, who have had 18 kings called Louis.

According to Mr Mullins’ predictions the youngster will have blue eyes, dark blonde hair and full cheeks

It has also been claimed that the royal baby has been born a commoner.

Royal historian Marlene Koenig told Town and Country: ‘It sounds complicated, but in the UK, the only people who are not commoners are the Sovereign and peers of the realm, Duke, Marquess, Earl, Viscount, and Baron.’