Is your bank ripping your business off with costly foreign exchange mark-ups?

UK businesses which make regular overseas payments are losing out on hundreds of pounds per transaction thanks to inferior foreign exchange rates charged by Britain’s biggest banks.

The likes of Barclays, Lloyds and HSBC, which calls itself ‘the world’s local bank’, levy currency conversion mark-ups which effectively act as stealth charges on overseas payments and can run into hundreds of pounds.

And with the exception of Lloyds, none of Britain’s five biggest business account providers, which together have a close to 90 per cent share of the SME banking market, publicly disclose these charges on their website prior to payments, and some appear to hide them altogether.

Martin McTague, from the Federation of Small Businesses, which represents millions of SMEs across Britain, told This is Money that charging ‘high fees for moving money around globally, in this climate, without being totally upfront about how those fees are calculated and applied, would be incredibly cynical.’

He added: ‘The banks need to be crystal clear about what they’re charging, where and how when it comes to international cash transfers.

Banks effectively rely on the inertia of businesses not shopping around for the best rates in order to profit from foreign exchange mark-ups, especially now they are no longer allowed to charge customers more for certain overseas payments in 27 EU member states, plus Norway, Iceland, Liechtenstein and Switzerland.

Businesses making payments to other countries, especially dollar transactions, can still face a dizzying array of fees, but they also face the matter of an inferior exchange rate due to murky percentage mark-ups.

Lloyds Bank describes its percentage fee, which can range from 2.6 per cent to 0.75 per cent depending on the amount being transferred, as ‘the difference between the Lloyds Bank exchange rate and the rate at which we buy and sell currency in the wholesale foreign exchange markets.’

While it would mean a business would get £520 less when sending £20,000 overseas, it does at least allow customers of the bank, which has a 19 per cent share of the SME market, to compare their rate prior to making a transaction.

However, others are not so transparent with their rates. On its website NatWest states ‘where a transaction requires a foreign exchange conversion, a margin is applied’, but does not indicate what that margin might be.

Barclays and HSBC only disclose their margin and how much it eats into the mid-market true exchange rate at the point where a customer goes to make an overseas transaction.

Meanwhile Santander does not appear to separately display mark-ups. The UK arm of the Spanish bank said it disclosed its exchange rate and all charges involved in an overseas payment, and the rate which would apply to a transaction, but declined to specify whether it separately included its mark-up.

The FSB’s Mr McTague added: ‘If the sums small businesses are losing to mark ups on cross-border payments annually were tallied up and presented to them transparently, some may well make changing provider a priority.’

HSBC said in a statement: ‘We provide UK business banking customers with clear, transparent and competitive foreign exchange pricing in real-time through our online payment platforms, where they are provided with the rate that will be applied, alongside the mid-market rate, before they confirm an international payment.’ 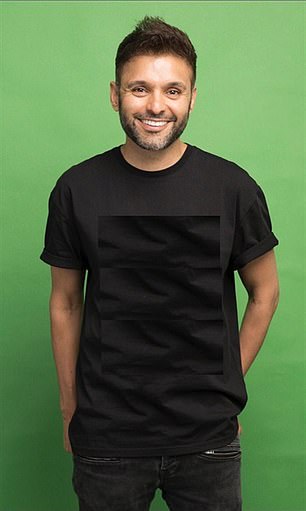 One business owner who has switched is Ashwin Ahuja, the founder of London-based healthy snack seller Karma Bites.

Mr Ahuja, who is currently stuck in India due to the pandemic, no longer bothers to use his bank as a point of comparison for international payments.

He said: ‘I make international payments on a weekly basis, largely to suppliers in India and the US, it’s a massive part of running the business.

‘I used to do it with the large high street banks, however, from a cost perspective there are fees and it is not transparent.’

Instead, he has started using an agent to act as a currency broker as well as the overseas payment service Wise.

‘We make frequent international transfers and even though we would like to consolidate our transactions with the bank, the rates charged and the processes involved don’t really cater to our requirements.

‘As a growing business we expect support and value, if we get that through a third party, it just makes commercial sense to go with them.

‘Regardless of the transfer amount, there is a substantial saving when converting through Wise and the recipient has the amount within two hours. Plus, the process is simple and personalised – once you’ve made the transfer you’re done, no follow-ups required.’

He added: ‘Conversion costs are a massive issue and we work with a lot of suppliers who face similar issues.’ 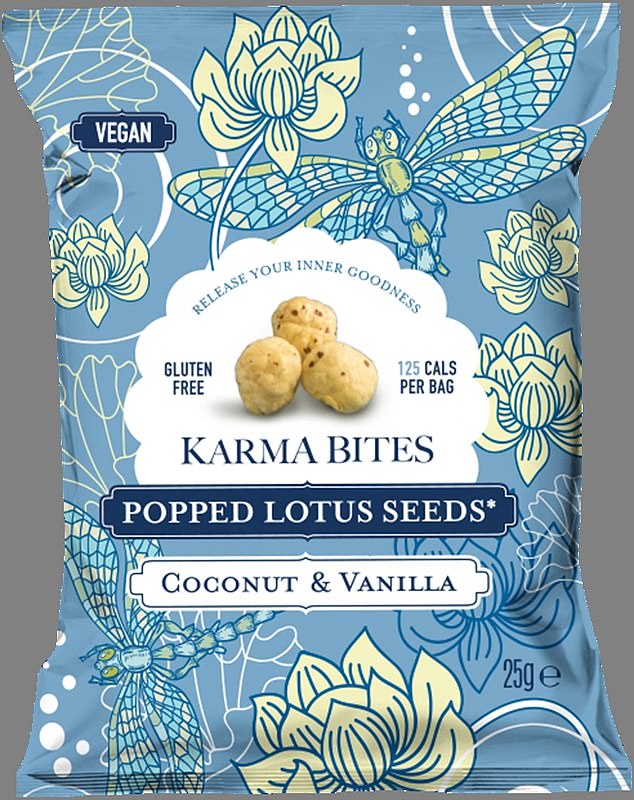 Meanwhile Mark Brearley, the director of tray, trolley and hotplate manufacturer Kaymet, which was founded in 1947, said he felt he was getting a bad deal from Barclays, his company’s bank, on currency exchanges and that ‘the charges are all a bit fuzzy.’

Foreign exchange charges from euros to pounds affect about 40 per cent of the company’s turnover, with a large percentage of its exports going to Italy.

‘Nearly all the issues are receipts coming from euro countries’, he told This is Money. ‘There are all these funny charges and obviously the rate is rubbish.’

He added: ‘I have signed up with some people that do hedging and spot rates’ in order to potentially save money, but ‘in order to get better foreign exchange rates we need a separate euro account and just that is a massive disincentive. Things like that are a massive hassle.’ 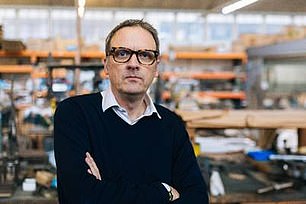 His view echoed that of the FSB’s Mr McTague, who said: ‘Many SMEs simply don’t have the time or capacity to shop around for the best deals on international cash transfers.’

However, with currency conversion mark-ups on lower value transfers costing businesses hundreds of pounds per payment, switching to a lower-cost option would save them huge amounts of money, if they can find out how much they are being charged in the first place.

There is debate over whether banks are required to show percentage mark-ups to business customers under European transparency regulations which came into effect last year.

These regulations, called CBPR2, still apply after Brexit and state customers must be provided with ‘the estimated total amount of the credit transfer in the currency of the payer’s account, including any transaction fee and any currency conversion charges’ ‘in a clear, neutral and comprehensible manner’.

It is designed to bring greater transparency to overseas payments and stop banks charging more for euro payments from non-euro countries which are members of the Single Euro Payments Area, which includes the UK and the 31 countries listed above. 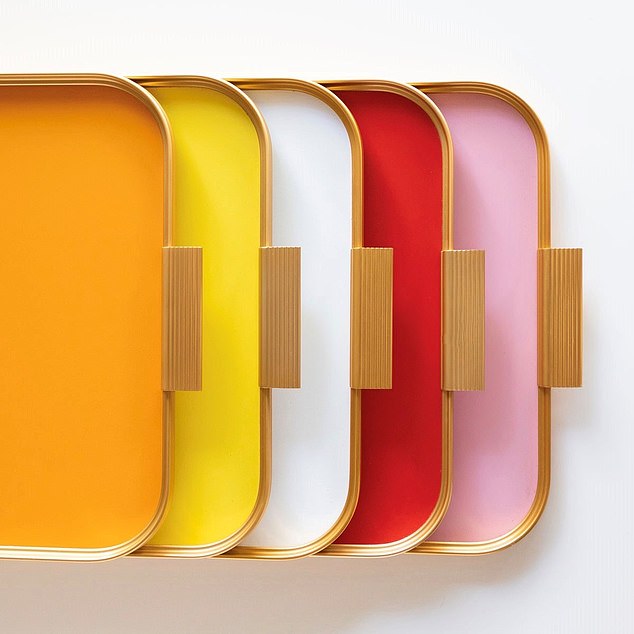 Kaymet manufactures tray tables, trolleys and hot plates, with 70% of its turnover coming from exports and 40% from euro to sterling payments

But although the legislation states ‘high charges for cross-border payments remain a barrier to the full integration of businesses and citizens in non-euro area member states into the internal market, affecting their competitiveness’, there is disagreement over whether business accounts are subject to an opt-out.

All the banks, bar NatWest, which failed to respond by the time of publication, that responded to This is Money said they felt they complied with the transparency measures required by CBPR2.

The banks need to be crystal clear about what they’re charging, where and how when it comes to international cash transfers.

However, banking trade body UK Finance insisted the regulations did not apply to cross-border business banking payments due to a corporate opt-out provided by a separate piece of European regulation, PSD2.

Such transparency regulations are required for individual payments, but This is Money reported earlier this year on how some big bank foreign exchange mark-ups did not always appear to be transparently displayed.

Those mark-ups were as much as 4 per cent in some cases.

Martin McTague, from the FSB, added: ‘Where small firms are losing the protection of EU legislation in the payments space, be that around international cash transfers or interchange fees on card payments, we urgently need to see legislators assessing how that much-needed protection can be replicated, and improved.’

Could your business save money?

Businesses which do substantial dealings in foreign currency might want to switch away from the high street banks but with rates and charges often murky it can be difficult to make a comparison.

Per a 2018 survey from comparison site MoneySuperMarket, some 34 per cent of businesses use traditional banks for their overseas transfers, despite rates often being worse.

Instead, they are almost certainly better off using a third-party transfer service which gets as close to the mid-market, or true interbank, rate as possible.

Example of these include Wise, mentioned above, or even Santander’s PagoFX.

Launched last year, the Spanish-owned bank’s dedicated foreign transfer service is its attempt at aping the likes of Wise and offers better rates and lower fees than those provided by the bank itself.

Fees on international payments range from 0.8 per cent to 3.3 per cent.

Alternatively, when sending larger sums they can use a dedicated foreign exchange service, which offers competitive rates as well as the ability to use more sophisticated tools.

‘Businesses can take advantage of something called a forward contract to lock in a rate of ahead of time’, Jonathan Watson, director at the FX service Foreign Currency Direct, said.

‘Basically they pay a deposit up front, say £5,000 out of a £100,000 transfer, and pay the rest over a period of time. There are all sorts of clever things specialists can offer to manage payments, busier days are typically when the rate’s gone to a fresh high’, he said, as businesses look to lock in better rates.

Such specialist services tend to charges fees and/or a margin.

‘We buy close to the interbank rate and then the difference between that and the quoted rate is what we take’, Jonathan added, ‘so there’s a degree of transparency.’

He also recommended a specialist service due to the experience and reassurance of the staff, especially when sending large sums.

Another example is the service FairFX.

Finally, there is the option of a comparison site like MoneySuperMarket.

Businesses sending large sums may be concerned about scams, which is why it’s important to ensure the service being used is regulated by the Financial Conduct Authority.