Is your car really so green? There’s more than petrol or battery

Huge efforts are being made by manufacturers to make our cars ‘greener’.

This is being encouraged by political leaders offering consumers and manufacturers incentives — through the tax system and some electric car grants — but also penalties in the form of fines, congestion charges and the Ultra Low Emission Zone (ULEZ).

The aim is to make cars more environmentally and socially responsible, and help save the planet by improving air quality and the health of millions.

Surprising: Skoda’s diesel-powered Octavia Estate is greener over its lifetime than many electric cars

Recently, and particularly in the wake of the dieselgate scandal, this has come to encompass the tiny particulates emerging from petrol and diesel engines, with filters playing their part here.

The move towards electric cars — with zero emissions — continues with Transport Secretary Grant Shapps outlawing the sale of new petrol and diesel cars from 2030, and only hybrids with a ‘significant’ but as yet unspecified electric-only range allowed for sale until 2035.

That can mean using parts made from recycled plastic bottles and sea plastics as well as recycled aluminium, creating plant-based ‘vegan’ fabrics for owners who have an ethical objection to leather.

Usually, measuring the ‘green’ credentials of your car means reducing or eliminating completely the emissions coming out of the exhaust pipe.

It influences the annual Vehicle Excise Duty (VED) you pay to drive your vehicle on the road — with this tax based on the broad principle that the more your car pollutes, the more you pay.

Car manufacturers too are set tough targets by national and international regulators to reduce these emissions. 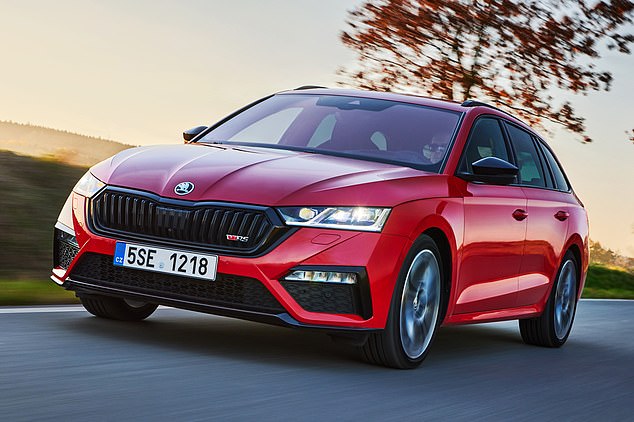 The 2.0 litre TDI diesel Skoda Octavia manual Estate comes out top for energy use, ahead of many pure-electric rivals (with a lifetime energy usage of 164 MWh)

They are already taking steps to make their factories more environmentally friendly by installing solar panels, wind farms and other green measures.

However, many argue that this is just part of the story. And that rather than measure just how ‘clean’ a car’s emissions are, we should be looking at the ‘whole life’ of the car: how ‘green’ the manufacturing process is, how much of the vehicle’s parts is made from recycled materials and how much of the final product can be recycled.

Moves are already under way to measure this — and the early results may surprise you. 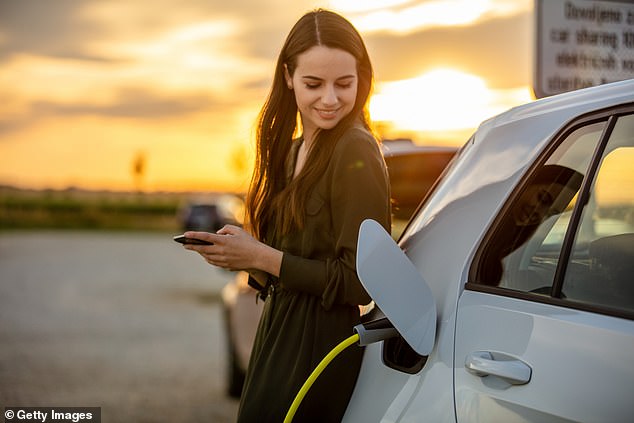 Charging up: Usually, measuring the ‘green’ credentials of your car means reducing or eliminating completely the emissions coming out of the exhaust pipe

The most significant initiative is arguably the new star ratings from ‘Green NCAP’, an offshoot of the Euro NCAP crash test consortium. It has been assessing the most eco-friendly cars based on two main measures.

The first is a Life Cycle Assessment (LCA) rating of how much CO2 a car emits during its whole life — from manufacture to its ‘end of life’ recycling.

The second is a Primary Energy Demand (PED) rating of how much energy is needed to create and power that car over its lifetime — regardless of how green the energy used may be, whether derived from fossil fuels, renewable energy such as wind farms, or even nuclear power stations.

Remarkably, for whole-life energy use, the 2.0 litre TDI diesel Skoda Octavia manual Estate comes out top, ahead of many pure-electric rivals (with a lifetime energy usage of 164 MWh).

Top for lowest lifetime CO2 emissions is the new all- electric Fiat 500 with the equivalent average of 31 tonnes of carbon dioxide.

The Fiat 500, Nissan Leaf e+, Lexus UX 300e, VW ID.3 and Ford Mustang Mach-E are among those receiving a ‘five-star’ eco rating from Green NCAP which said of its programme: ‘It aims to promote cars that are less polluting and more fuel and energy-efficient by providing consumers with information about cars’ performance in tests that go well beyond legislative requirements.’

The organisation explained: ‘The true ecological impact and sustainability of a car must be viewed in the context of its whole life cycle.

‘This means that all processes and flows of resources and energy associated with the car’s production, usage and recycling must be considered.’

This includes vehicles of all sizes and types, including conventional petrol and diesel, full-electric and hybrid- electric cars.

Separately, a new study by motor experts at Confused.com claims to reveal ‘the most eco-friendly cars for 2022’.

The website explains: ‘With fuels like petrol and diesel being banned in new cars from 2030 and the current rise in fuel prices, electric and hybrid models have never been more popular.’

The study analysed each car’s fuel/energy consumption, cost per mile and corporate and social responsibility (CSR) data, as well as which manufacturers used the most fuel-efficient technology.

Generations have played with them as children — myself included. And some enthusiastic adults still collect them.

Now ‘Hot Wheels’ toy cars are to star in a major Hollywood movie. 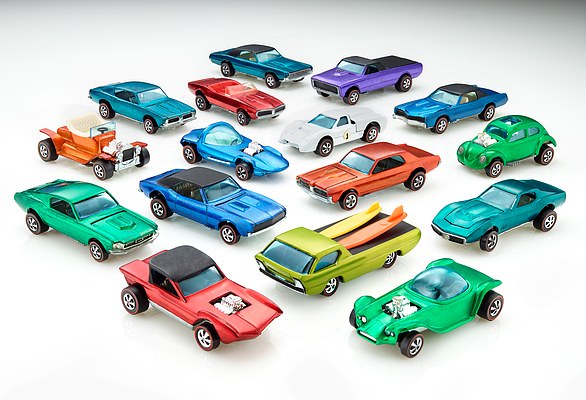 Souped-up: The classic toy models are coming to the big screen as life-sized versions

Organisers said the high-throttle action film will bring to life this beloved, multi-generational franchise and showcase some of the world’s hottest and sleekest cars, monster trucks and motorcycles.

More than eight billion Hot Wheels have been sold in 54 years. The original cars were created in 1968 by inventor Elliot Handler — co-founder of toy giant Mattel — who found his son Kenneth playing with British Matchbox cars and decided to create a sportier line.

His Hot Wheels, developed in his garage in Southern California, were more like customised ‘hot rods’.

The first line, known as the ‘Sweet 16’, was created in 1968 and engineered with super-slick wheels to go extra fast.

Peter Dodd, of Warner Bros Pictures said: ‘Growing up, Hot Wheels were more than just cars, they were vehicles for our imaginations.’

Robbie Brenner, of Mattel Films, said: ‘Fans of all ages are now in for the ride of their lives with the incredible talent of J.J. Abrams’ Bad Robot joining us . . . to transform Hot Wheels into a thrilling story for the big screen.’

Founded in 1945, other Mattel toy brands include Barbie, Thomas the Tank Engine and Masters of the Universe.