A series of text messages prove a 15-year-old alleged rape victim repeatedly lied and said she was 19 in the second case which has collapsed after officers sat on evidence.

Isaac Itiary, 25, was released from prison yesterday after it emerged the alleged victim posed as a 19-year-old woman and lied about her age.

Police officers had texts which showed the girl, who cannot be named for legal reasons, was lying about her age but only released them last week.

Mr Itiary, from south east London, spent the last four months in custody awaiting his trial but was celebrating with his parents after his release.

Isaac Itiary, 25, was remanded in jail for four months after being charged with raping a child under 16 – but has been freed after texts showing his evidence were not released by Met DC Mark Azariah (right) who is no longer working on active cases

His lawyers tonight released a statement which said he has always ‘strenuously denied’ the allegations.

The texts showed his lover fantasised about being raped and asked him for casual sex after she claimed she was attacked.

Mr Allan faced two years on bail before his case collapsed last Thursday and has called for anonymity for rape suspects unless there are exceptional circumstances.

Both cases were led by Met Detective Constable Mark Azariah, who has not been suspended but is reportedly off active investigations while Scotland Yard reviews 30 cases approaching trial.

Mr Itiary was originally charged with raping a child under 16 but had insisted that the girl told him repeatedly she was 19.

He was a month away from trial after being charged with six counts of sexual activity with a child, two counts of rape and one count of making indecent photographs.

His defence team demanded the police hand over her texts in September but only got them last week and found that the alleged victim had constantly lied.

Their statement said: ‘Isaac Itiary is a 25-year-old man and father that has spent the last four months in custody in respect of these allegations which he has always strenuously denied. 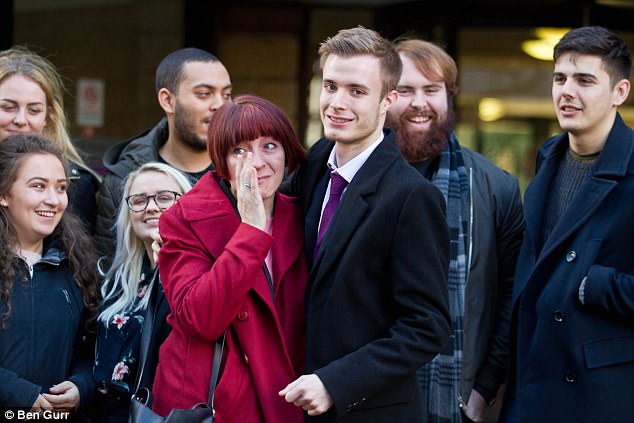 Liam Allan, pictured with his mother Lorraine, poses outside Croydon Crown Court after all rape charges against him were dropped

‘Contrary to statements by the Crown Prosecution Service and the Metropolitan Police Service the issues in the case have always been well known: they were set out at the initial hearing at the Magistrates’ Court in August 2017 and thereafter his appearance in the Crown Court at the Plea and Trial Preparation hearing in September 2017 as the Defence are obliged to do.

‘The issue of the service of mobile phone material as well disclosure generally was repeatedly raised both in Court and in correspondence throughout the currency of these periods.

‘It is also worthy of clarification that the Defence Statement in this case was served on the Court and the Crown Police Service in accordance with the Court’s direction on 30 November 2017 and not on 15 December 2017 as has been suggested in some of the reports.

‘Disclosure in this case has been dis-jointed, piecemeal and in contravention of repeated Court Orders.

‘Some of the evidence which we understand led to the case being reviewed and eventually discontinued has always been in the hands of the Police.

‘It has become apparent that there may be additional evidence as yet undisclosed to the Defence which informed the Crown Prosecution Service’s decision.

‘The delay in reviewing this case and serving evidence that should have been served some time ago is therefore not only gravely concerning but also unconscionable and in contravention of the ongoing duty of disclosure particularly of a defendant remanded into custody on the Crown’s application.

‘Despite being in possession of that material, the grant of bail to Mr Itiary was objected to repeatedly. 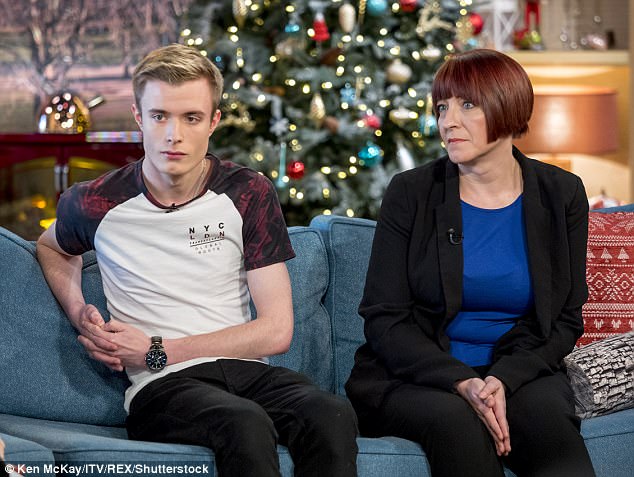 Mr Allan, a psychology student at Greenwich University, is planning to sue the police and the CPS for their bungled handling of the case

‘Mr Itiary may be seeking legal recourse for the failings by both the Crown Prosecution Service and the Metropolitan Police Service and therefore it would be inappropriate to comment any further at this stage.

‘We understand that there is with good reason, keen media interest in this case but we ask that the media respect Mr Itiary’s privacy at this time and we can confirm that he is not willing to have any interviews with any media outlets at present.

‘We echo that which has already been said by the Chair of the Criminal Bar Association, Angela Rafferty QC about cases of this nature.

The CPS said Mr Itiary’s prosecution had passed the ‘threshold test’ until the extra evidence arrived.

A spokesman said: ‘On December 17, 2017, the police provided new material to the CPS, which had previously been requested, and this was reviewed’.

‘Prosecutors decided that there was no longer a realistic prospect of conviction’.

Last night, amid mounting calls for an independent inquiry, the Metropolitan Police announced that every live case being investigated by its Child Abuse and Sexual Offences squad was now being reviewed to ensure that all digital evidence has been properly examined, documented and shared.