ISIS chiefs hiding out in Turkey with ‘vast amounts of money’ are plotting mass jailbreaks in Syria and Iraq to resurrect the caliphate, according to the head of Iraqi intelligence

ISIS leaders with ‘vast amounts of money’ are plotting mass jail breaks to rebuild their so-called caliphate from Turkey, according to the head of Iraqi intelligence.

Among them are financiers able to fund carnage throughout the world and ‘the best bomb makers that ISIS ever had,’ Lt. Gen. Allaq told CNN.

These men were able to escape north and paid large sums to be smuggled into Turkey while the Islamic State was decimated at Baghouz earlier this year, Lt. Gen. Allaq said. 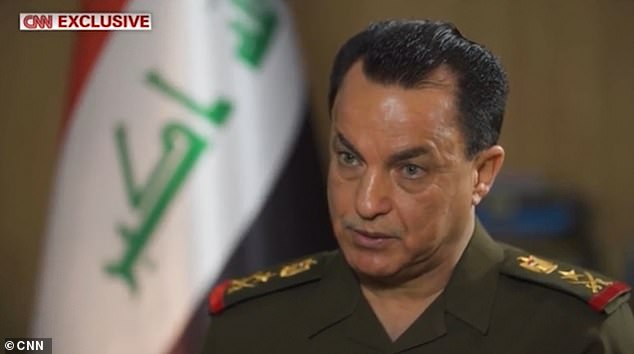 ‘We have concluded that the real intention of ISIS is to begin a mission called “Break Down the Fences” to storm jails inside Iraq and Syria to free terrorists,’ Lieutenant General Saad al-Allaq told CNN

‘Those elements who are right now in Turkey play a key role in the recruitment of fighters and terrorists,’ he told CNN.

The military chief revealed it was the intention of the ISIS leadership to break open prisons holding jihadists in Iraq and Syria.

There are an estimated 10,000 alleged ISIS fighters, including many foreigners from Europe, detained by the Kurdish-led SDF militia in Syria.

Many thousands of their wives and children, who still fervently believe in the ruthless Islamist ideology, are held in nearby camps. 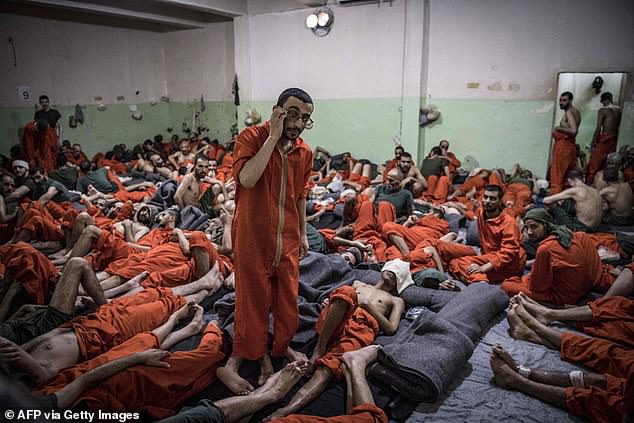 A senior US State Department official warned last week it was ‘a ticking time bomb’ to have so many detainees in such a precarious security situation.

‘We have concluded that the real intention of ISIS is to begin a mission called “Break Down the Fences” to storm jails inside Iraq and Syria to free terrorists,’ Lt. Gen. Allaq told CNN.

‘Huge international efforts should be taken to deal with this issue because these criminals … are able to leave these camps and go back to their countries and thus they pose great danger in countries like Europe, Asia and northwest Africa.’

The lieutenant general said if the jihadists detained in Syria were able to escape it would bring ‘catastrophe.’ 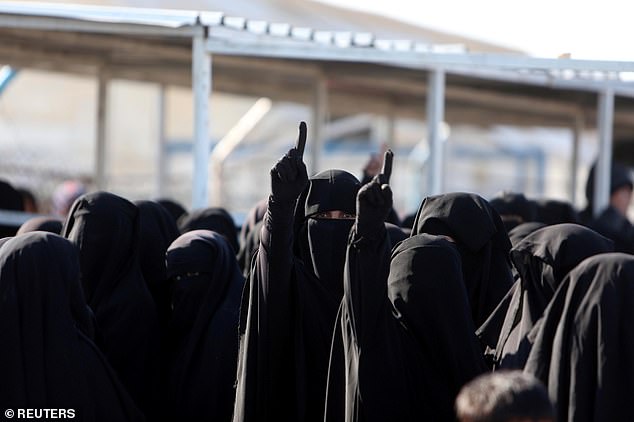 Women gesture as they stand together al-Hol displacement camp in Hasaka governorate, Syria in April

Despite his death in a US special forces raid on northern Syria, the so-called ’emirs’ of the Islamic State are forming new terror cells with their vast resources in Turkey.

Turkish officials told CNN they were looking into the suspects.

Earlier this month Turkish President Recep Tayyip Erdogan announced that his men had captured one of Baghdadi’s wives.

Erdogan did not confirm how the wife – one of four wives of the ISIS chief – was captured nor did he identify her. 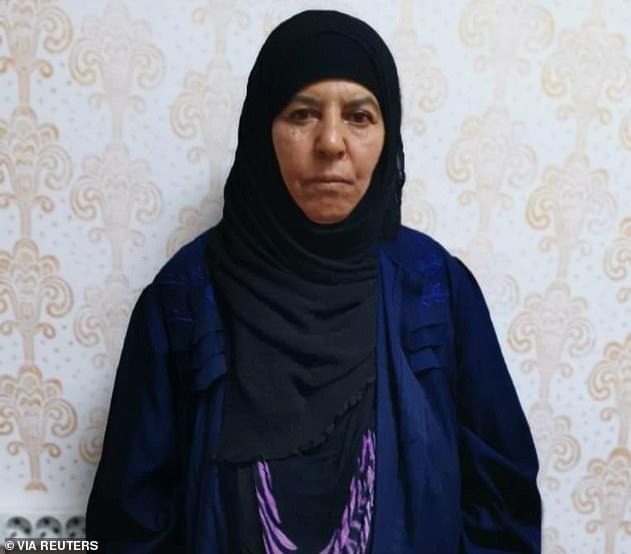 Rasmiya Awad, believed to be the sister of former ISIS leader Abu Bakr al-Baghdadi, who was captured earlier this month in the northern Syrian town of Azaz

Earlier that week Turkey announced it had captured the ISIS chief’s older sister, Rasmiya Awad, who was was found living in a trailer with her family in Syria.

A Turkish official said she was captured during a raid in the town of Azaz along with her husband, daughter-in-law and five children.

‘This kind of thing is an intelligence gold mine. What she knows about [IS] can significantly expand our understanding of the group and help us catch more bad guys,’ an official said at the time.