British women fleeing from Islamic State’s last pocket of land are giving false names and hiding their identities among hundreds of other foreign brides who flocked to join jihadis in Syria and Iraq.

Kurdish officials said 12 British women have been captured in recent days – yet when the first of them arrived at camps that were coping with a huge surge of refugees, they gave false names.

Three arrived on Thursday night at Al-Hol, the biggest camp under control of the Western-backed Syrian Defence Force, saying their names were ‘Safa’, ‘Zainab’ and ‘Safia’.

Ian Birrell with Shamima Begum at Al-Hawl refugee camp in Syria, the biggest camp under control of the Western-backed Syrian Defence Force

They then melted into a sprawling segregated area under armed guard for foreign women – also holding the now-infamous British teenager Shamima Begum – and refused to acknowledge their nationality to Kurdish officials.

Other IS captives confirmed that at least two more Britons with children were hiding in the camp under assumed names. They led me to their tents, but all the women replied in Arabic – some heavily accented – and denied being from Britain.

Camp managers and other female captives I met over three days at Al-Hol in north-eastern Syria said British jihadis were scared after hearing that Begum was being stripped of her citizenship. Seized IS men – from 45 nationalities – are sent to prisons.

Begum, who told me her story on Tuesday, launched a volley of foul-mouthed abuse at me on Friday when I stumbled upon her again when talking to other foreign jihadi brides in a fetid tent holding several women and their children.

She started our earlier conversation like a taciturn teenager, but by the end she talked openly of regrets – which she claimed began within months of her arrival and rapid marriage – after her Dutch IS husband was arrested for alleged spying and tortured. ‘I was really stupid to believe everything people told me,’ she said. ‘I saw the videos and believed it and would talk to people in the [Islamic] state and they’d say life was nice. I believed people I had never seen before and trusted them. It felt like an adventure.’

Now 19, she admitted to naivety and accepts her life is ruined, but like all others I met, she denied doing anything criminal and said all she wanted now was to offer a decent life for her new son. She lost two other children during four years with IS.

‘Everything I went through was difficult. I did not expect to go through so many trials,’ she said. 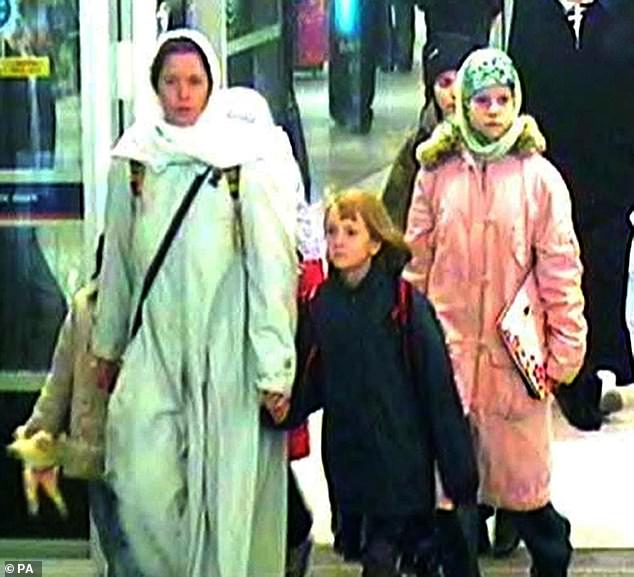 Natalie Bracht with her daughters at King’s Cross Railway Station in London. Natalie, 35, left her home in Sunderland on May 17 with her daughters Indira, Naima, Naomi and Manjuh, Elinour, when she learned they might be taken into care

‘But it changed me a lot. I would never have grown up and changed without this. It has toughened me up a lot.’

Walking around the squalid camp, which took in 458 female IS members by last weekend among more than 30,000 displaced people, I met women from Sweden to the Seychelles in the segregated area for jihadis.

‘It’s like the United Nations here,’ said one Canadian convert cheerfully – except their group’s mission was death and destruction rather than diplomacy. 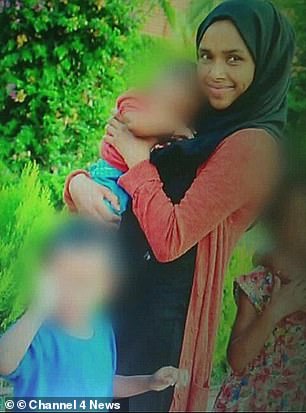 Shukee Begum, 33, left Britain last year and was smuggled into Syria. She claims it was only to persuade her ISIS fighter husband to come home

She then began an animated debate with some European women, draped in similar black garb, over what should happen to seized women. ‘I like the Dutch idea of four months’ deradicalisation,’ she said. ‘We don’t all need to go to prison.’

When I first entered the reception area, several captured jihadis surrounded me. A Turkish woman wanted to know when they could go home, a Russian asked if I knew about her imprisoned husband, and a Serb begged for food.

A Swede berated me for ‘fake news’, which seemed a bit much from members of a cult that used social media to lure naive or lonely young women on false promises of Islamic perfection to inflict misery, mayhem and medievalism on millions.

Typical was Lenora Lemke, 19, a German teenager from near Leipzig. Like Begum, she joined IS aged 15, to the dismay of her Christian parents. She was groomed by the first wife of a notorious German extremist.

‘She told me it was necessary to join them if we had the money,’ said Lemke. ‘One day before going I started to cry and said I was not going to go since I knew I would lose my family and my friends. Five days later I was married.’ She said she went because she wanted to get married but was under the German age of consent – making her trip into a dystopian war zone sound like some kind of distorted Disney-style dream. ‘I was very dumb and naive,’ she admitted. ‘Now I wake up, a little bit late, but I wake up. They’re just mafia.’

Lemke denied doing anything wrong, like all the other women I met, although she admitted watching the execution of a Syrian man. ‘They just bought him on the street, shot him and took away the body.’

Now she has two young children, claims to have cast off extremism and is begging her country to take her back.

‘I want to take my niqab off but the Russians come up and say they will kill me if I take it off. They tell us this is still IS, the same group.’

For their foolishness or their fanaticism, these women have ended up trapped in one of the most miserable spots in the Middle East after the collapse of their so-called caliphate. 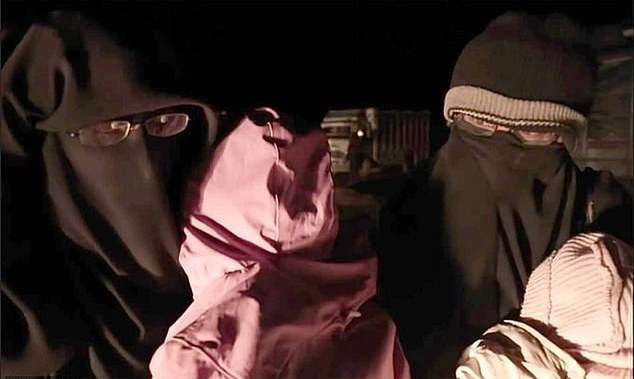 Shabina Aslam, 29, and Alireza Sabar, 17, from Didsbury, Manchester, say they miss their independence

Many arrived malnourished after enduring months of hunger and vicious fighting, which could not be further from the slick recruitment videos promising them sacred happiness. More than 50 children have died in the bitterly cold camp over recent weeks.

When I spoke to these women, some were friendly, while others pulled down their scarves to cover their faces and hurried away. A few children threw stones at me.

Several women told me they worried about their few belongings being stolen from their tents – which hardly smacked of jihadi solidarity.

Although the camp contains many IS supporters, one of its managers told me these women have to be protected from the fury of Iraqis and Syrians who have lost homes, livelihoods and relatives due to their insurgency.

One European woman also told me she had seen senior IS operatives outside their segregated area. ‘They have cut off their beards so they look like ordinary Iraqis. I have seen several of them in the camp,’ she confided. 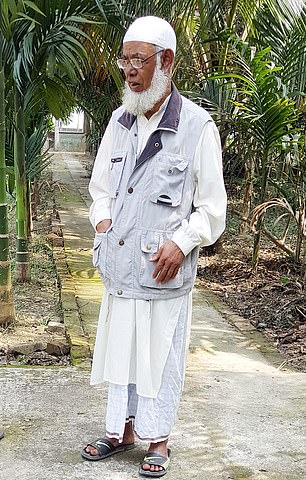 Ahmed Ali, the father of Shamima Begum, outside his house in Bangladesh has said his daughter deserved to be stripped of British citizenship

Among those seeking to hunt down such people is Mohammad Ahmad, a 15-year-old Syrian given images of key jihadis by Kurdish forces. ‘I have found several of them and I have seen the soldiers find guns,’ he said.

Mohammad told me his father died fighting for the Free Syrian Army in Aleppo before he was grabbed at the age of 13 by IS, drilled in the Koran and trained to be a suicide bomber.

Months later he was put in a house facing the Kurdish military advance and ordered to explode his bomb belt when they were closer. But after 15 days trapped in a raging battle, he and another boy escaped just before an 11-year-old detonated his bomb.

Now he fears IS will take their revenge on him in the camp, despite the well-armed guards. ‘A friend told me that IS are asking for my name as a spy and if they catch me, they will kill me,’ he said.

I talked to another foreign recruit, a 26-year-old from Germany who declined to give her real name. She insisted ‘everything is good’, despite being held in such pathetic circumstances with her three young children.

This defiant woman, who joined IS five years ago, defended the beheadings, killing of gay men, terrorism and sex slavery of Yazidi women. ‘If it belongs to sharia then there is nothing to complain about,’ she said. ‘If there is war, there is killing.’