Isle of Wight carer, 21, was left with horrendous head wound and covered in blood

Carer, 21, was left covered in blood with horrendous head wound as thug, 30, admits attacking her with glass bottle in street during night out

A man today admitted attacking a young mother in the street with a glass bottle and leaving her with a horrific head wound.

Jamie Simpson, 30, pleaded guilty to grievous bodily harm without intent following the attack on Yavana Dix, 21, which left her with ‘significant injuries’.

Miss Dix, who has a two-year-old boy and works as a carer for people with disabilities, was taken to a nearby home following the late night incident in the Lake area of the Isle of Wight.

Yavana Dix, 21, (pictured) was attacked in the street in the Isle of Wight and left with a horrific head wound 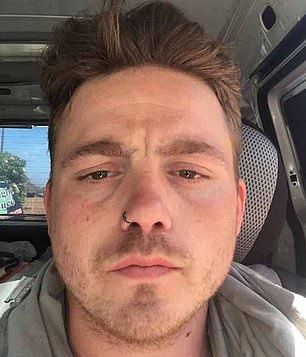 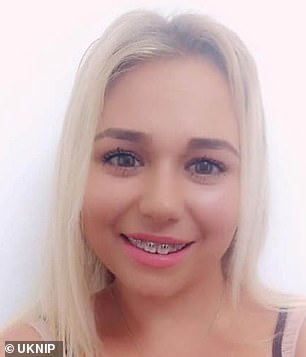 Her family said they fashioned a makeshift bandage to dress the cut as they waited for her to be taken to St Mary’s Hospital by ambulance, where she was given six stitches above her eye.

Miss Dix’s mother Denise Robinson said at the time: ‘She was very anxious and scared. She was not eating, she was not sleeping.’ 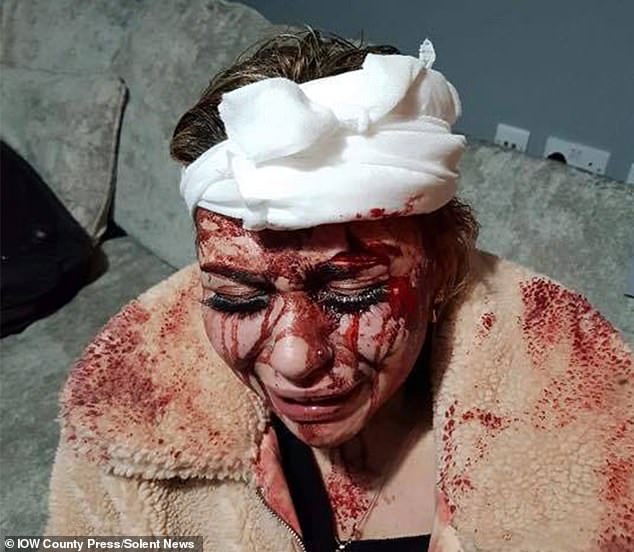 Miss Dix’s mother Denise Robinson said at the time: ‘She was very anxious and scared. She was not eating, she was not sleeping’

Her brother Sean posted a photo on social media of his sister’s injuries at the time of the attack.

Simpson, 30, has been in custody since his arrest a week after the vicious attack, and will remain in custody until he is sentenced on July 9.

He admitted the offence – which took place on December 20 – via video link at Isle of Wight Crown Court today.