Israel Folau’s controversial footy comeback is given a reality check

Israel Folau’s controversial bid for a rugby league return has been given a reality check by Queensland Rugby League.

In a statement on Wednesday the QRL hit back at threats of legal action by Folau’s backer Clive Palmer and revealed it was yet to receive confirmation the dual international had been released from his playing contract with Catalans in France.

The QRL cannot proceed with any registration approval until that clearance is received.

Folau, who is seeking approval to play with Southport in Gold Coast park football, had his Rugby Australia contract torn up in 2019 over homophobic social media posts.

He then joined the Dragons on a deal that remains active until the end of this year, only returning to Australia on compassionate grounds.

The QRL made it clear Folau’s controversial social media posts do not align with their beliefs and that, if he was signed, any breach of the code of conduct could lead to suspension, or the cancellation of his registration. 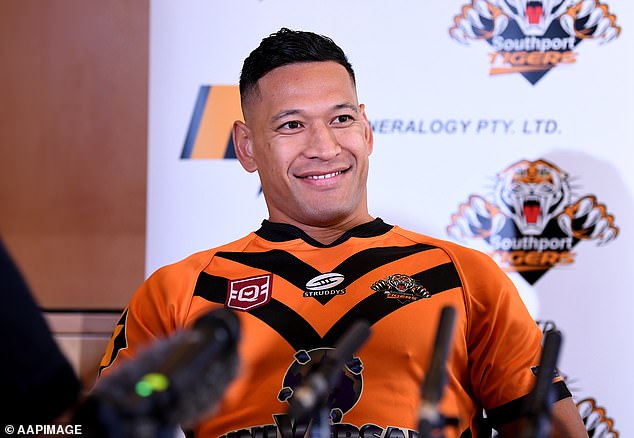 Folau, who is seeking approval to play with Southport in Gold Coast park football, had his Rugby Australia contract torn up in 2019 over homophobic social media posts

Palmer had sensationally given the QRL until Wednesday to clear the 32-year-old’s return, claiming failure to do so will see him issue a Federal Court injunction against the governing body on religious discrimination grounds.

‘While the QRL acknowledges the differing views in relation to this application, the league is astounded that public commentary has included threats of protracted legal action should registration not be granted,’ a QRL statement read.

‘As a not-for-profit organisation, the QRL’s objectives are to foster and develop the game in Queensland, and to generally take action that is considered to be in the best interests of rugby league in Queensland.’ 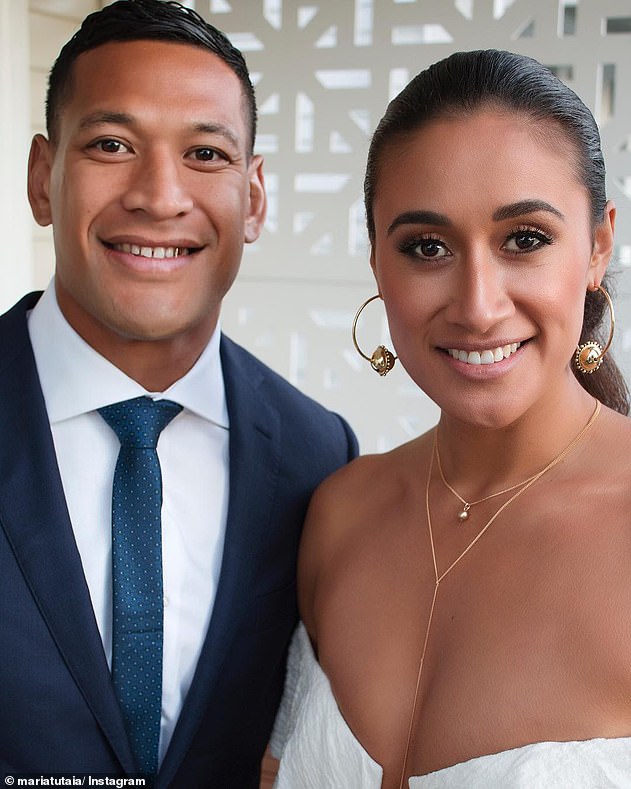 Catalans have so far refused to release Folau, stating he remains contracted this season and that they were surprised by his appearance last week alongside Palmer.

The QRL board said, on receipt of international clearance, that Folau will be ‘granted permission to register for the Southport Tigers at a community rugby league level and no higher’.

Another condition for registration was confirmation Folau had read and understood his obligations as a player under the QRL rules and community code of conduct.