The devout Christian, who had his $4million Rugby Australia contract torn up over homophobic social media posts, was filmed on Sunday delivering his latest sermon at the Church of Jesus Christ in Kenthurst, Sydney’s north-west.

The 30-year-old went on to say same-sex marriage and abortion were ‘evil in the eyes of God’ but were deemed by society as ‘good’.

His contract was torn up by Rugby Australia in May after he shared a social media post saying homosexuals were going to hell unless they repent.

He is the first Australian athlete to be sacked for expressing his religious beliefs.

Folau is suing Rugby Australia for unlawfully terminating his contract because of his religious beliefs. 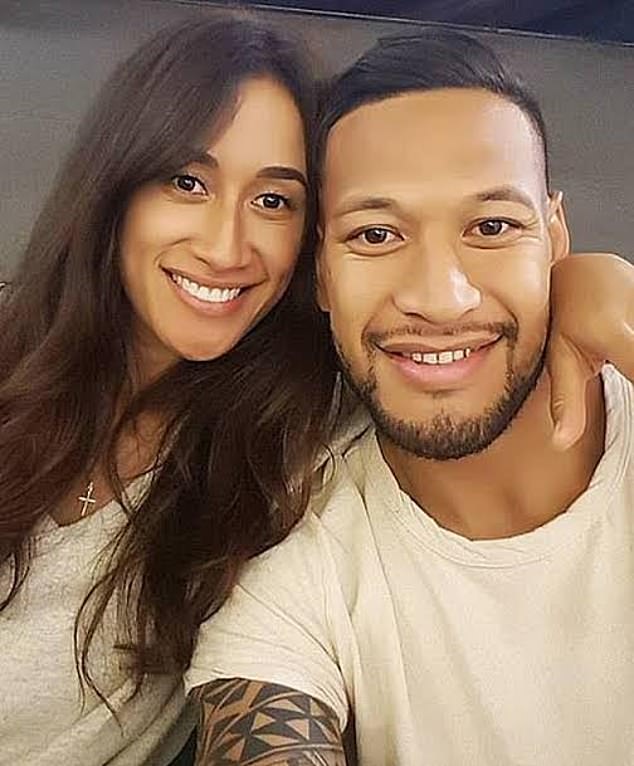 Folau (pictured with with Maria) told worshippers ‘God was speaking’ to Australia and said: ‘You need to repent’