Israel has utilised an AI-guided drone swarm to carry out attacks on Hamas militants in what is believed to be a world-first use of the technology.

An Israeli Defence Force (IDF) support unit deployed the swarm to locate and target Hamas militants who had allegedly fired rockets into Israel in May.

Drones are typically guided by a human operator, but drone swarms represent a step forward in military technology by flying as one integrated network controlled by artificial intelligence.

The swarm requires only a single human operator to direct the entire swarm and before the drones guide themselves to locate the targets as a connected unit.

The news comes just weeks after Israel announced the successful testing of a new laser defence system that can shoot down enemy missiles by burning a hole in them. 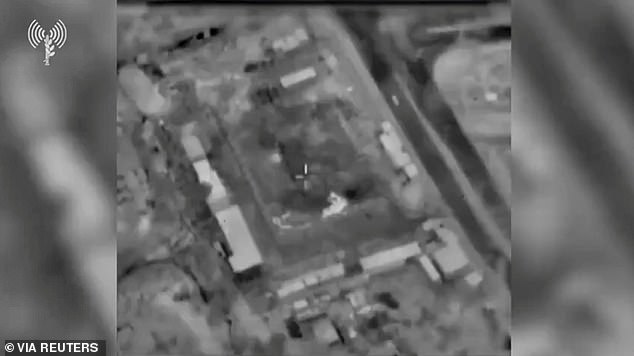 The swarm can continue to operate even if some of the individual drones are destroyed, and can be deployed for a range of purposes including target identification, reconnaissance, and payload delivery (pictured: Israeli air strike unrelated to drone operation) 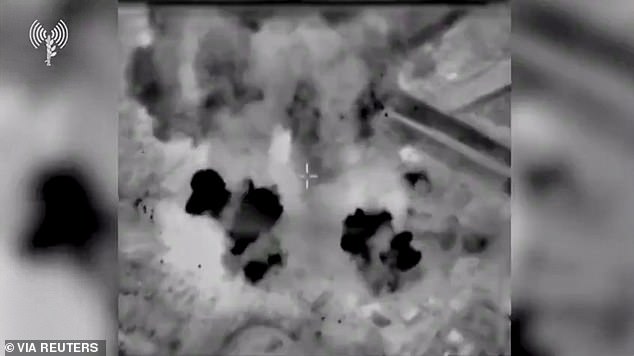 The swarm has been used to identify and provide targeting information to guided mortar weapons to destroy enemy forces and weapons caches (pictured: Israeli air strike unrelated to drone operation)

“As far as we know, this is the first use of this type of tool,’ said an IDF spokesperson of the drone swarm.

‘The operation of the swarm is by a single operator who controls all the drones.

‘There is a commander next to him for making significant decisions and other soldiers for the logistical operation of the swarm.’

In this instance, the drones provided targeting information for guided mortar weapons which destroyed multiple Hamas targets and weapons caches.

According to the spokesperson, the drone swarm is an extremely adept tool that can be used for several purposes including intelligence gathering, target locating and payload delivery.

But IDF commander told local news outlets that the swarm unit has already carried out more than 30 successful operations and that the IDF are planning to make more drone swarms available to support forces. 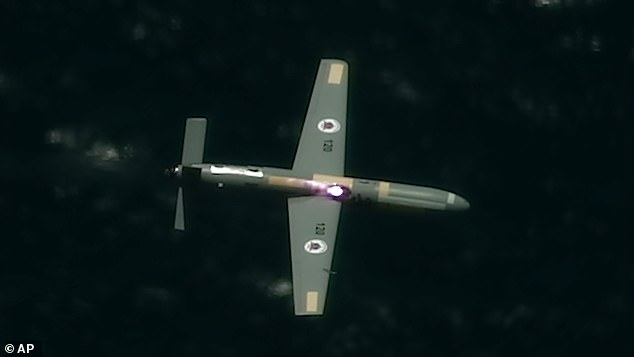 The United Nations Institute for Disarmament Research in Geneva was quick to point out that the current capabilities of the drone swarm are not yet those of highly advanced, fully independent AI systems.

But institute official Arthur Holland warned that the use of a drone swarm is ‘a notch up in the incremental growth of autonomy and machine-to-machine collaboration in warfare.’

An analyst at the National Consortium for the Study of Terrorism and Responses to Terrorism in the US said that while the use of a small drone swarm is less concerning, ‘we may be looking at the emergence of a new weapon of mass destruction,’ if militaries are able to deploy large numbers of drone swarms in combat.

The use of weapons systems and military technology controlled by artificial intelligence has long been a subject of science fiction, but recent years have seen AI-backed systems introduced by military forces around the world.

US and China are both reportedly developing their own drone swarms, whilst Chinese media reported last month that AI-controlled fighter jets have successfully outsmarted and shot down human pilots in multiple tests. 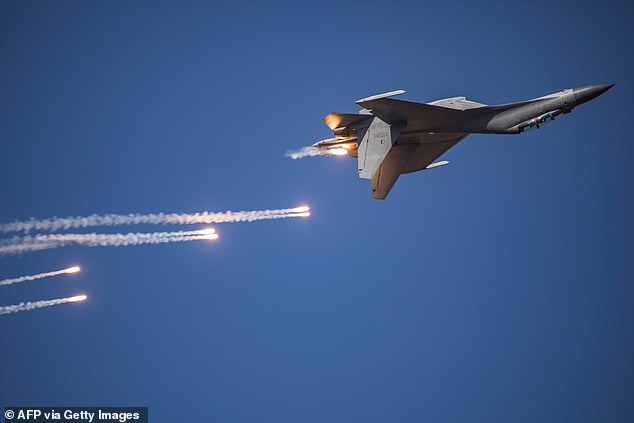 Fang Guoyu, an aerial combat champion, told state media he was recently ‘shot down’ by an AI during a simulated dogfight after it learned his tactics and used them against him