‘It is time for Donald Trump to go’: Robert Redford launches attack on ‘dictator-like’ president

Robert Redford published an op-ed Tuesday morning lambasting the president, claiming ‘it’s time for Trump to go’ following two weeks of public testimony in the impeachment inquiry – but pointedly saying it should be at the next election, not through removal by the Senate.

‘We’re up against a crisis I never thought I’d see in my lifetime: a dictator-like attack by President Donald Trump on everything this country stands for,’ the 83-year-old actor, who has one four Oscars, wrote in an NBC News op-ed.

‘It’s time for Trump to go,’ Redford wrote, but insisted the president should not be pushed out of office impeachment.

‘[I]t’s up to us to make that happen, through the power of our votes,’ he said.

This isn’t the first time Redford, who played journalist Bob Woodward in All the President’s Men, the classic movie version of the fall of Richard Nixon, has had criticism for Trump.

But when the president came to office, Redford said, he wanted to ‘give the guy a chance,’ adding: ‘Like many others, I did. Bit almost he began to disappoint and then alarm me. I don’t think I’m alone.’ 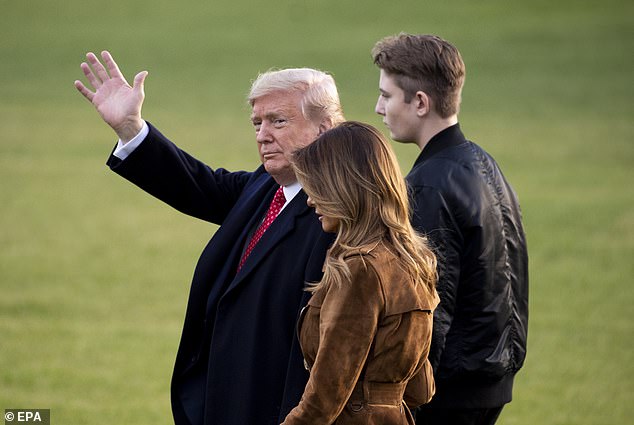 Disapproval: Robert Redford said he wanted to see Trump thrown out next November. The president, First Lady Melania Trump and their son Barron left the White House for Mar-a-Lago Tuesday, where they will spend Thanksgiving

Redford said in the new op-ed, that voters should also push out members of Congress who he claims have ‘chosen party loyalty over their oath’ in supporting Trump. He did not say who he meant, but hinted heavily that it was Republicans.

Redford said he had grown up during World War II and seen the country united against fascism, seen it united again during Watergate, and again the wake of the September 11 terror attacks.

‘What is happening, right now, is so deeply disturbing that instead of the United States of America, we are now defined as the Divided States of America. Leaders on both sides lack the fundamental courage to cross political aisles on behalf of what is good for the American people.’

He called Trump ‘a monarchy in disguise,’ echoing the words of federal judge Ketanji Brown Jackson on Monday as he ruled that the president could not block his current or former staff from Congressional subpoenas saying: ‘Stated simply, the primary takeaway from the past 250 years of recorded American history is that Presidents are not kings.’

Despite some bombshell testimony, Redford feels impeachment isn’t the way forward – which is an argument some Republicans have used to try and discredit the impeachment inquiry, claiming voters should decide if Trump should continue to serve as president come 2020.

‘The vast majority of Americans are busy with real life; trying to make ends meet and deeply frustrated by how hard Washington makes it to do just that,’ Redford wrote, adding that the Trump administration is a ‘monarchy in disguise.’

‘But this is it,’ he continued. ‘There are only 11 months left before the presidential election; 11 months before we get our one real chance to right this ship and change the course of disaster that lies before us.’ 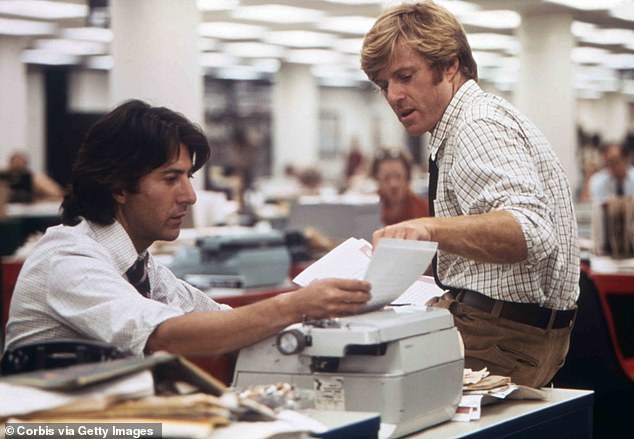 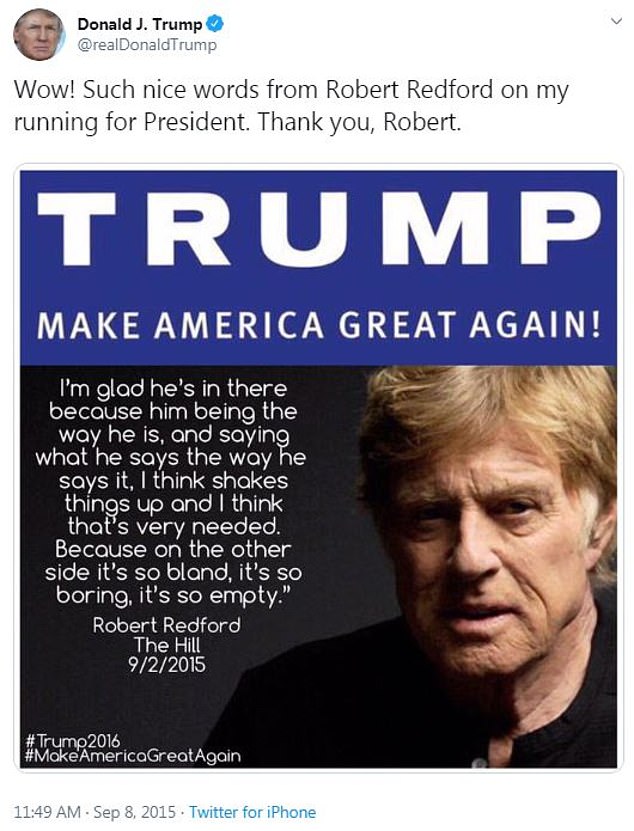 In 2015, Redford said the Republican primary race was made more interesting by Trump being in the running, but he also said it was like watching ‘Looney Tunes.’ Trump took to Twitter to  thank Redford for his comments at the time

‘Let’s rededicate ourselves to voting for truth, character and integrity in our representatives (no matter which side we’re on). Let’s go back to being the leader the world so desperately needs. Let’s return, quickly, to being simply … Americans.’

Shortly after his Post op-ed was published, Redford said at his annual Day One Press Conference at the Sundance Festival that he may ‘move on to a different place’ – but he never mentioned Trump by name.

Ahead of the 2016 election and after Trump took office, a handful of celebrities threatened to move to a different country, including Rosie O’Donnell, who is an outspoken critic of the president.

When Trump emerged as the frontrunner candidate in 2015, Redford said the 2016 Republican presidential primary race was like watching ‘Looney Tunes.’

‘It’s crazy stuff,’ he said at the time, adding that Americans feel foolish watching the candidates run against each other.

The 2016 Republican primary race was viewed as crowded and chaotic, reaching a high of 17 candidates at one point, but there are even more Democrats – 19 currently – creating the same sort of spectacle this year to win the nomination to take on Trump in 2020.

In the same interview in August 2015, Redford said he was glad Trump was in the running.

‘I’m glad he’s in there because him being the way he is, and saying what he says the way he says it, I think shakes things up and I think that’s very needed. Because on the other side, it’s so bland,’ Redford said.

‘Wow! Such nice words from Robert Redford on my running for President. Thank you, Robert,’ Trump said.

This presidency is arguably the most polarizing in recent memory, and Hollywood elites and celebrities haven’t been shy about weighing in on their opinions of Trump. Model Chrissy Teigen even got into a Twitter spat with the president, where Trump called her a ‘filthy mouthed wife’ to singer and musician John Legend.

Other celebrities, however, have shown their support for Trump.

Actor Jon Voight called Trump the ‘greatest president of this century’ in August, and last week, the president honored the 80-year-old actor with the National Medal of Arts.