Italy 2-0 Poland: Jorginho strikes as the Azzurri return to the top of their Nations League group

Italy 2-0 Poland: Jorginho and Domenico Berardi strike to return Roberto Mancini’s men to the summit of their Nations League group

The Chelsea midfielder tucked home on 27 minutes after Andrea Belotti was fouled by Grzegorz Krychowiak. 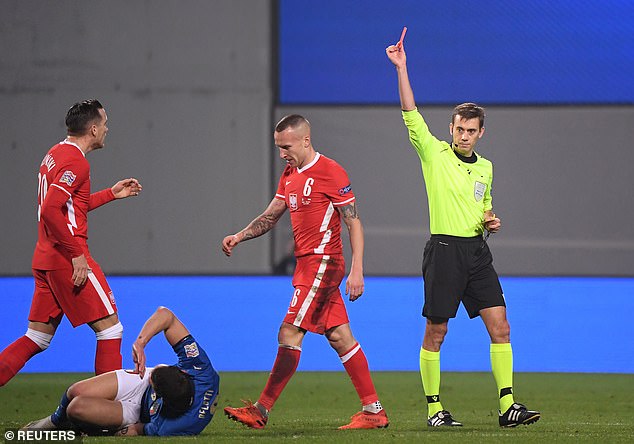 Jacek Goralski was dismissed 13 minutes from time after bringing down Belotti and receiving a second booking.

Berardi then made the points safe six minutes later, cutting inside onto his left foot to finish with aplomb after a neat through-ball by Lorenzo Insigne. 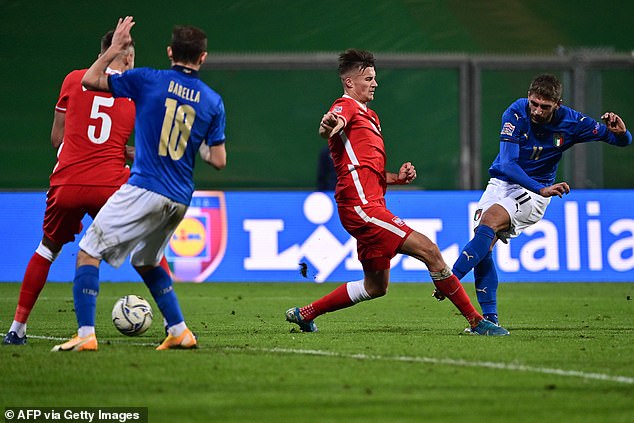 The win takes the Azzurri takes back to the top of their group after the Netherlands had earlier beaten Bosnia-Herzegovina thanks to an early Georginio Wijnaldum double and a second-half strike by Memphis Depay.

Roberto Mancini’s men travel to Sarajevo to face Bosnia on Wednesday, while Poland host the Netherlands the same day.