Italy at its sparkling best! Head to Trento to sample its delicious fizz and captivating culture

OK, so the Grand Hotel Trento isn’t really that grand at all. I mean, yes, it’s grand as in big, but it’s not grand as in posh or swanky.

In fact, it’s more than a little shabby around the edges, redolent even of a cheesy Seventies conference venue. The staff are extremely jolly though and – vitally – it’s slap dab in the heart of Trento.

And since this glorious city of just 150,000 inhabitants is such a joy, with wonderful food, remarkable wines, thrilling architecture and absorbing culture, I quickly came to ignore the rock-hard beds, the erratic electrics, the cacophonous plumbing and the permanently AWOL barman (I resorted to clambering over the bar and mixing my own negroni).

Trento’s classical Piazza del Duomo at the centre of the city, home to Neptune Fountain

Indeed, so smitten was I with this beguiling spot that I found a huge smile spreading across my chops and promptly booked myself in for an extra night.

Trento is barely an hour’s drive from Verona and yet somewhat removed from the tourist route (hence the scarcity of fancy hotels). The few visitors who do come here pass through only on their way to cycle around or sail upon Lake Garda or to ski down the Dolomites.

It’s their loss, for Trento – quiet, relaxed and welcoming – is the perfect antidote to the crowded theme parks that Venice, Rome and Florence have become.

I dimly recalled hearing about the Council of Trent (1545-63) as a schoolboy and had recently clocked the striking new Museo delle Scienze – MUSE – designed by the great Renzo Piano. It was wine, though, that brought me to town, the wonderful sparkling wine known as Trento DOC, that knocks that other frothing Italian vino, prosecco, into a cocked hat. 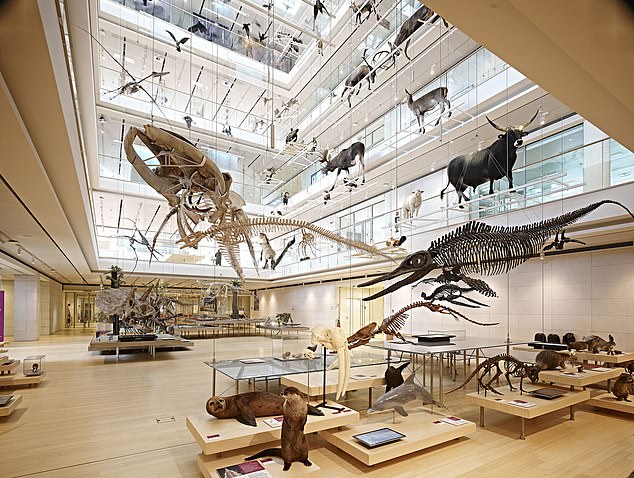 Prosecco is one of Italy’s gifts to the world. They make buckets of the stuff.

It’s quick and easy to make (the crucial secondary fermentation takes place in vast steel tanks and the wine only needs ageing for a minimum of 30 days) and even quicker and easier to drink. Trento DOC, though, is streets ahead in terms of quality and style.

As in champagne, chardonnay, pinot noir and pinot meunier are the permitted grapes and it’s made using the so-called Champagne method, in which the crucial second fermentation takes place in the bottle. The minimum ageing period is 15 months on the lees for non-vintage, 24 months for vintage and 36 months for riserva.

I started my researches over dinner at Locanda Margon, a Michelin two-star restaurant set in the middle of rolling vineyards outside Trento. 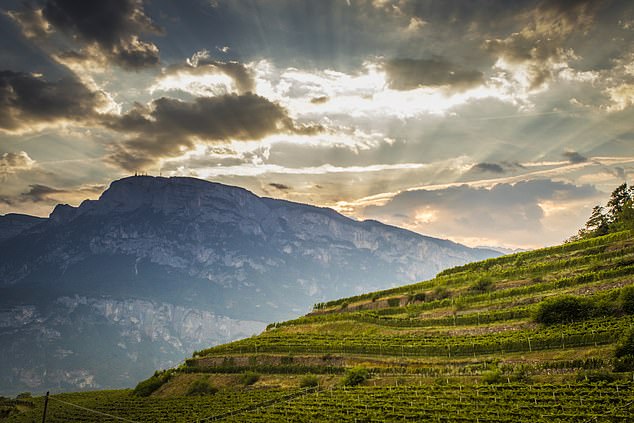 The vineyards at the Ferrari winery, which was created in the early 1900s by Giulio Ferrari

The restaurant is owned by the Ferrari winery (nothing to do with the car manufacturer – Ferrari is a common name in Italy) and I chomped my way through smoked eel omelette, goat’s cheese risotto and roast rabbit with liver sauce and polenta, with an exquisite bottle of Ferrari Maximum Brut, a deliciously fresh, creamy and toasty 100 per cent chardonnay. Crikey it was good.

Giulio Ferrari first brought said grape to this north eastern corner of Italy in the early 1900s and it was he who made the first sparkling wines here too. The winery that bears his name now produces 5.5 million bottles of fizz a year.

I took the tour round the Ferrari winery the following day in the company of Camilla Lunelli, whose grandfather Bruno Lunelli bought the winery from Signore Ferrari in 1952. Six different tours are available to the public (ranging from £13 to £41) and I made much of the hearty tasting session that’s included in the price. ‘Our mountain vineyards are what make us special,’ explained Camilla. Our wines have a wonderful and inimitable freshness.’ The wines I tried were indeed fresh and vibrant and uniformly first rate, the 2013 Ferrari Perlé Rosé being the absolute highlight, a ridiculously toothsome blend of pinot noir and chardonnay that rivals any champagne. 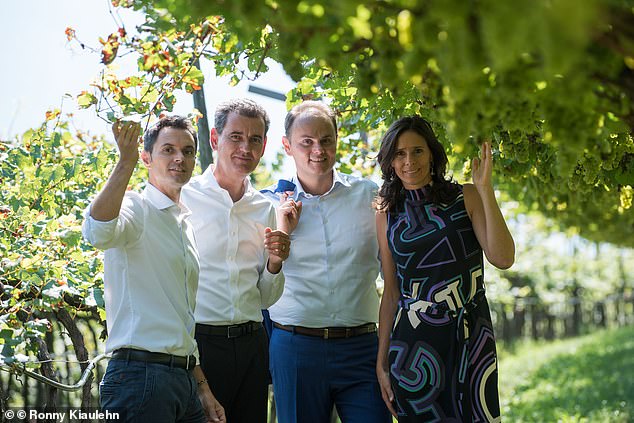 Alessandro, Marcello, Matteo and Camilla Lunelli. Their grandfather bought the Ferrari vineyard in 1952

If this is what the locals knock back, no wonder they’re such an affable lot and no wonder that Trento is regularly voted the top city in Italy for quality of life.

The Ferrari fizz fair put a spring in my step and I positively floated around town. I took in the aforementioned MUSE, tucked into iced coffee at Casa del Caffé and bought great hunks of cheese, ham and salami at Il Maso dello Speck.

I strolled the quiet cobbled streets and gawped at the surrounding wooded hills and snow-capped mountains. I had one of the finest lunches of my life in Le Due Spade, which has delighted locals with rabbit roulade and truffle polenta since the 1540s. Best of all, though, was the visit to the Torre Aquila in the Castello del Buonconsiglio. The 15th-century murals depicting the months of the year were worth the trip alone. Well, the 15th-century murals and that last bottle of Ferrari Riserva Lunelli I knocked back at lunch.