Italian basketball officials have declared they will mourn star player Kobe Bryant for a whole week because he grew up there.

Tributes flooded in for the 41-year-old after his tragic death in a helicopter crash that also killed his 13-year-old daughter Gianna and seven others in California on Sunday.

Vigils have already been held across the USA, with thousands gathering outside the famous Staples Centre in Los Angeles after the news sent shock waves around the world.

But the Italian Basketball Federation has now announced the country will mourn for a full seven days to pay tribute to the star.

Bryant spoke fluent Italian after moving to Reiti at the age of six in the 1980s with his family so his father Joseph could play for various local teams.

He played for a youth team while he was still in school, impressing coaches with his skills, but they had no idea of the dizzying heights he would go on to achieve. 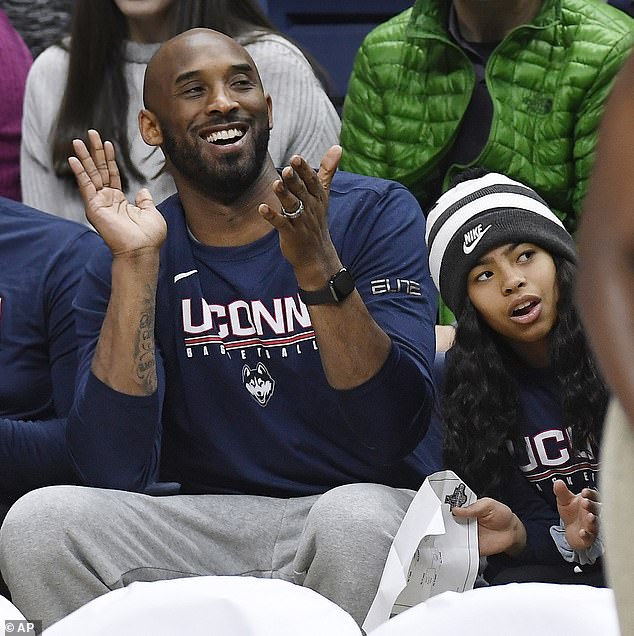 He would return to the USA to attend training camps in the summer holidays before moving back for good at the age of 13.

Italian Basketball Federation’s president Giovanni Petrucci told CNN today: ‘We are shocked and saddened by what happened to him and his daughter Gianna and we hold his family close to our hearts in this moment of sorrow.’

‘It’s a small gesture to honor Kobe’s memory, but one that is heartfelt and deserved.’ 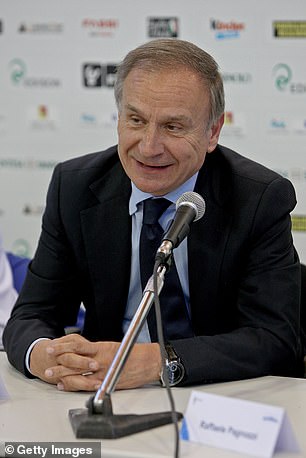 ‘He was obviously already really good. We had a strong team, but he was better than all of us.

In a 2016 interview with an Italian media outlet, Bryant credited his Italian hometown with the skills he later developed on the court.

Bryant and his daughter are believed to have died instantly when their helicopter crashed into the side of a hill in Calabasasa, California on Sunday morning.

There were another seven people on board who also died; two of Gianna’s basketball teammates, their parents, a coach and the pilot.

Audio of the pilot’s interactions with air traffic controllers show he intended on following the main road below towards the basketball academy they were travelling to, but he veered off path and ended up crashing into the hill.

It is possible he had become disoriented because of the poor visibility and thick fog and clouds.

The pilot had been qualified to fly in foggy conditions and he was even given special clearance to fly on Sunday. The recovery effort is ongoing. 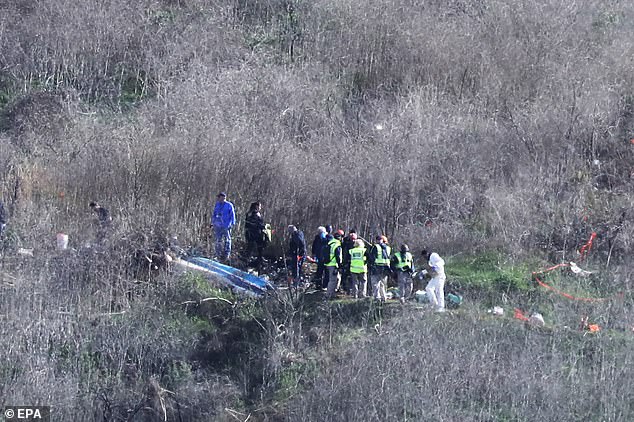 Emergency teams are seen at the debris-strewn crash site on Monday. Three bodies of the victims have been recovered but the other six have not 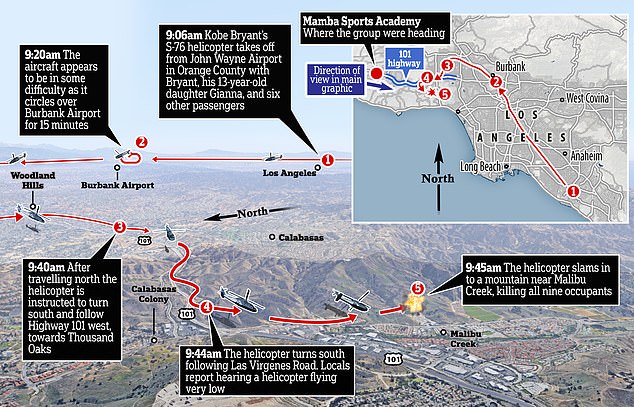