It’s ABSURD! Brazil boss Tite fumes at condition of the pitches for the Copa America

It’s ABSURD! Brazil boss Tite fumes at condition of Copa America pitches as side squeeze through on penalties to reach semi-finals

Brazil coach Tite joined the chorus of players and officials complaining about the Copa America pitches, saying it was ‘absurd’ to play on surfaces like the one on which the hosts beat Paraguay on Thursday.

Brazil won the quarter-final 4-3 on penalties after the two sides drew 0-0 after 90 minutes.

Tite said the level of play at the Gremio Arena was negatively impacted by the uneven surface. 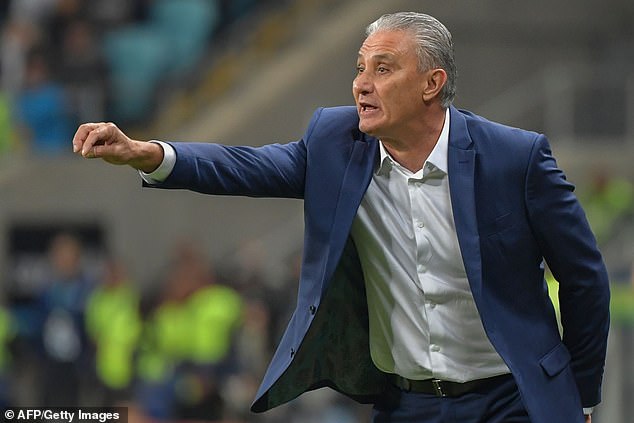 ‘It’s absurd that at this high level we are playing on pitches where it is difficult to control the ball,’ Tite told reporters.

Renato Portaluppi, coach of Brazilian side Gremio, told ESPN Brasil earlier this week that ‘the grass is sadly not in the best condition’.

Other players and officials had also voiced their disapproval of the playing surfaces used in the tournament. 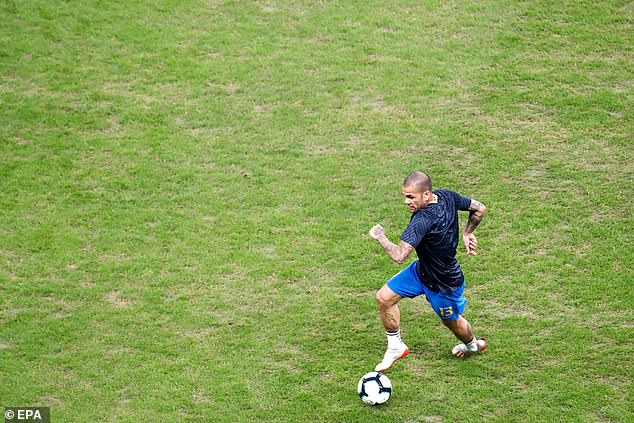 One of the biggest critics was Lionel Messi, who suffered in the game against Qatar when a cutback onto his path hit a divot right before he took a shot for goal.

The usually precise Barcelona forward skied the ball way over the bar and later explained, the ball ‘kicks up a lot. All the pitches we’ve played on have been terrible. It’s difficult.’

Uruguay’s Luis Suarez and Colombia’s James Rodriguez also dissed the uneven surfaces with the Fonte Nova in Salvador and the Maracana in Rio copping maximum criticism.

‘When I (complained), I was criticised,’ said Argentina coach Lionel Scaloni. ‘They said I was making excuses. But you can’t be playing on pitches like that.’ 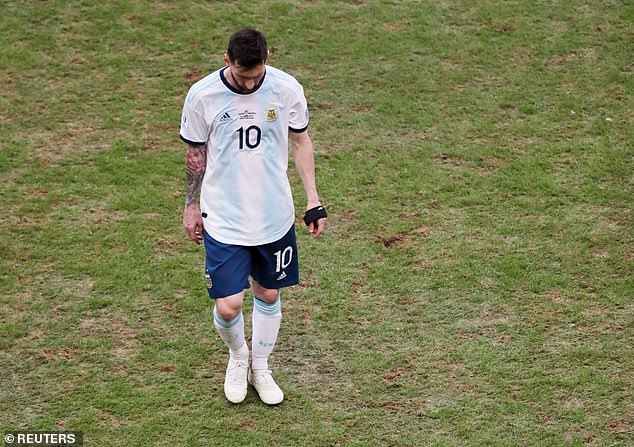 ‘The pitches are appropriate for the tournament.’

Brazil, who are seeking to win the Copa for the first time since 2007, will now hope for a better surface at the Mineirao stadium in Belo Horizonte, where they will play the semi-final against either Argentina or Venezuela.

The venue bears the scars for Brazil where they suffered a 7-1 thrashing at the hands of Germany in the 2014 World Cup semi-final.