IT’S FRIDAY MUSIC: How Prince kicked off his purple reign

PRINCE: PIANO AND A MICROPHONE

Prince left his fans in little doubt about his artistic outlook on what turned out to be his final British tour in 2014.

‘Thank you for supporting real music, by real musicians,’ he told London’s Koko.

He then sang the soulful ballad How Come U Don’t Call Me Anymore alone at his piano to reiterate the point. 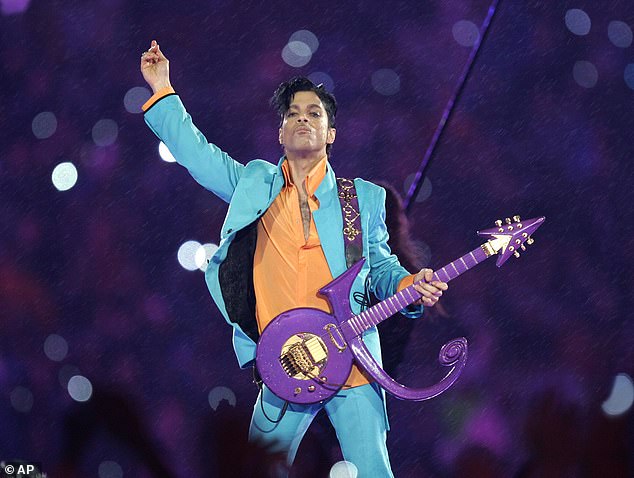 There’s plenty of jazzy improvisation as songs take shape as we listen. Prince begins a heartfelt cover of Joni Mitchell’s A Case Of You mid-song, ad-libbing his lines

There’s a similar directness to his first posthumous release — an intimate rehearsal recorded on cassette in his Minnesota home in 1983.

With its nine songs running into one another, it captures him on the cusp of the stadium-filling superstardom that came with the following year’s Purple Rain.

The 35-minute recording features just Prince, his stomping feet and a piano.

Some songs here, including Purple Rain, were subsequently toughened up with a full band.

But there are also three ‘new’ originals, rescued from the Paisley Park vaults after gathering dust for 35 years.

This isn’t the first album created on basic home equipment.

Bruce Springsteen’s Nebraska was made on cassette, too. Maybe Prince’s estate should have called this one Minnesota.

Although the sound is clean, fans expecting the professional sheen that Prince could also deliver are in for a surprise.

On 17 Days — later the B-side to When Doves Cry — he can be heard asking an aide to dim the lights and ‘turn the voice down a little bit’.

Purple Rain features as a brief interlude, with some verses yet to be written at the time of recording.

Hearing it sung as a country-soul lament, light years away from the tour de force it later became, it’s no surprise that it was originally earmarked for Dolly Parton. 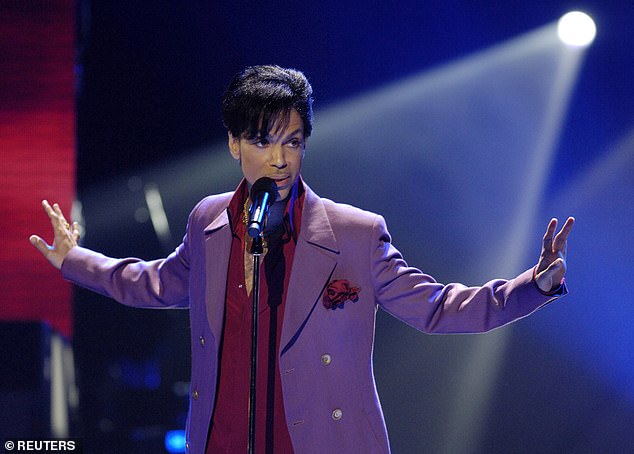 Prince performs in a surprise appearance on the ‘American Idol’ television show finale in 2006. On his final British tour in 2014, he sang the soulful ballad How Come U Don’t Call Me Anymore alone at his piano

There’s plenty of jazzy improvisation as songs take shape as we listen. Prince begins a heartfelt cover of Joni Mitchell’s A Case Of You mid-song, ad-libbing his lines.

Strange Relationship features off-the-cuff lyrics, too, although they are close to the finished version that appeared in 1987.

Of the ‘new’ songs, Wednesday was originally slated for the Purple Rain album, while Why The Butterflies is punctuated by finger clicks and vocal squeals.

And despite its title, Cold Coffee & Cocaine isn’t a celebration of drugs.

Adrian Thrills: My album of the week 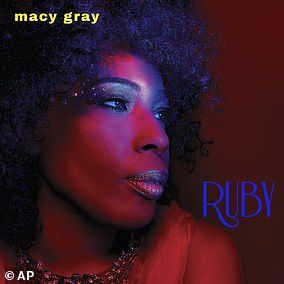 The U.S. singer’s distinctive voice has also lost a little of its helium edge

Macy Gray never fully capitalised on the success of her first album, On How Life Is, almost 20 years ago.

Held back by a love-it-or-leave-it voice with a raspy timbre, she ultimately became a quirky covers singer, tackling everyone from Metallica to Bob Marley.

Her tenth album restores the maverick artistry that made her a star.

Ruby lacks the obvious hooks of hits such as I Cry, but its 12 self-penned songs are gratifyingly personal.

The U.S. singer’s voice (still distinctive) has also lost a little of its helium edge, making for a more rounded listening experience.

Meghan Trainor is an unlikely presence: adding vocals and piano on Sugar Daddy.

Serious issues are addressed on But He Loves Me (about a toxic, but addictive, relationship), but there’s light relief, too.

Shenanigans is racy, but good-natured; Over You finds her sheepishly confessing: ‘I haven’t had a drink since my last one.’

The album’s high point is a dazzling take on the African-American spiritual Mary Don’t You Weep.

The song shows Prince’s remarkable range as he veers from a sweet falsetto to a deep, bluesy growl.

Two years after his death from an accidental overdose of painkillers, his music — and his fashion sense — are still influential.

Naomi Campbell turned up at this month’s New York Fashion Week in a Prince-inspired outfit, while singer Janelle Monae’s Make Me Feel single owes much to his 1986 hit Kiss.

As another reminder of his musical genius, this well-curated gem will only build on that legacy.