For the third time that night, John Browne woke to find his bed drenched in sweat. Reluctantly, he dragged himself up to shower and change the bedding.

He hadn’t had a bad dream, nor was his bedroom particularly hot: he was having yet another night sweat.

The problem began in 2014, a few months after a relationship break-up. Sporadic at first, soon the sweats were occurring once a week, and within six months it was every night.

‘I began sweating so heavily as I slept that I’d have to change my bedclothes halfway through the night,’ says the 39-year-old chef from Wembley.

‘Soon they were disturbing my sleep every night. I had no energy and I was bingeing on sugary foods and coffee to stay alert. I felt terrible.

‘Initially I put them down to stress but, as they got worse, I started to worry about what might be causing them. I searched night sweats online and found that they can be a symptom of prostate cancer, which terrified me. But I just pushed the fear to the back of my mind — I didn’t want to believe there might be something seriously wrong.’

By May 2015, John’s night sweats were frequently waking him three times a night, and he began to experience other worrying symptoms such as hair loss and a drop in libido. Realising it was no longer a problem he could ignore, he made an appointment to see a doctor.

A blood test revealed his night sweats were, in fact, the result of falling testosterone levels — most likely, his GP said, brought about by stress. The test also showed his level of the stress hormone cortisol was sky high.

John’s experience is by no means unusual. Night sweats (defined as repeated episodes of severe sweating during sleep) affect at least 41 per cent of adults, with many of them male, according to a 2002 study from the University of Oklahoma Health Sciences Centre in the U.S.

Although most people think of night sweats as something that happens only to women as they go through the menopause, they affect a significant amount of men, too — ‘and can be just as distressing’, says Dr Clare Morrison, a GP in Havant, Hampshire. 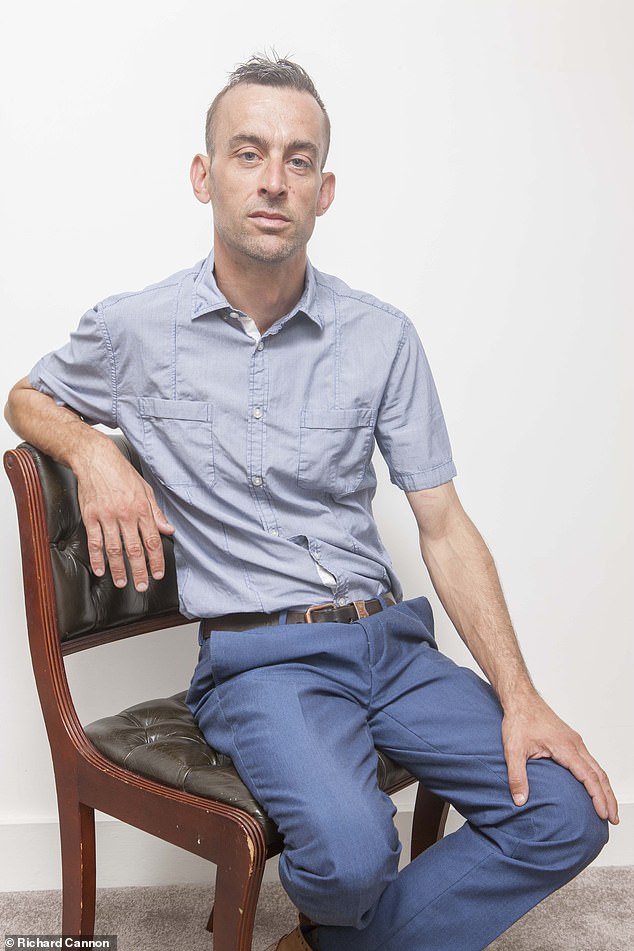 The problem began in 2014, a few months after a relationship break-up. Sporadic at first, soon the sweats were occurring once a week, and within six months it was every night

‘Men often seem embarrassed to seek help about night sweats — but they should, as although it is commonly due to a hormonal change or stress, it can be a symptom of an underlying problem that needs urgent attention.’

Night sweats can occur with viral infections as a result of a raised temperature, but they’re ‘also common with an overactive thyroid, as the excess thyroid hormone raises the metabolic rate, leading to extra heat production’, adds Dr Morrison, who is also medical consultant to online doctor service MedExpress.

In rare cases, night sweats can be a sign of Hodgkin lymphoma, a type of cancer which develops in the lymphatic system (which drains waste from tissues).

‘Night sweats can occasionally be a sign of prostate cancer due to the immune system’s response to cancer, which acts in a similar way to infection,’ adds Dr Morrison.

Night sweats can occasionally be a sign of prostate cancer due to the immune system’s response to cancer, which acts in a similar way to infection

‘This causes a slight rise in the body’s temperature, and an increased metabolic rate. It isn’t all that common for prostate cancer to present this way, however.’

But just as with women, one of the most common causes is a drop in hormones. However, in men this can happen at any age and can even be brought about by stress, says Dr Richard Quinton, a consultant endocrinologist at Royal Victoria Infirmary in Newcastle.

‘When faced with any kind of physical or psychiatric illness, including depression and stress, it is the normal physiological response for testosterone levels to drop, sometimes below the lower limit of the normal range,’ he says.

This is because stress effectively reduces the release of a hormone, GnRH, that in turn ultimately controls secretion of testosterone by the testicles.

When this happens, night sweats are one of the first symptoms. That’s because low levels of the hormone (which may drop at night naturally due to changes in the body clock) confuse the area of the brain that regulates temperature into thinking that the body is overheating. This triggers sweating as a way to cool the body.

Other symptoms of low testosterone include low mood, loss of motivation, loss of libido and a reduction in muscle mass.

‘It is well-established that overweight patients are at more risk of night sweats — with around half affected — although the reason is unclear,’ adds Dr Quinton.

Night sweats are also a common side-effect for men undergoing cancer treatment. Studies have shown that up to 80 per cent of men being given deprivation therapy — usually drug treatment to reduce levels of hormones such as testosterone — can also experience night sweats.

Dr Quinton says some men will need testosterone treatment, ‘either as a pill, patch or gel’, to get their sweats under control.

Lifestyle changes can help, too. There is evidence to suggest that cutting down on sugar could help reduce night sweats in men when the cause is hormonal.

In 2013, researchers from Massachusetts General Hospital in Boston, U.S., found that having just 75g of sugar (around two slices of chocolate cake or four pints of cider) caused a 25 per cent drop in testosterone levels for up to two hours after consumption.

At least ten of the 66 male participants had normal testosterone levels at the start of the experiment but these dropped to low after the sugar.

Maintaining a healthy weight and regular exercise make a difference. Overweight men are more prone to sleep apnoea (pauses in breathing during sleep as a result of tissues in the throat collapsing), which in turn is linked to night sweats.

Reducing or, even better, cutting out spicy foods, alcohol and caffeine can make a significant difference, she adds. ‘This is because they all stimulate the body’s central nervous system and can trigger sweating as a result.’

Dr Alanna Hare, a consultant in respiratory medicine at the Royal Brompton and Harefield NHS Foundation Trust, says ensuring the bedroom is well-ventilated, and reducing the tog or weight, and even the material, of bedclothes is worth trying.

‘Switching bedding to natural, breathable fibres such as silk and cotton is a good first step,’ she adds. ‘And if anxiety is a problem, seek professional counselling or use meditation apps, such as Headspace, 30 minutes before bed, which use mindfulness to calm the mind.’

As John’s night sweats were thought to be a by-product of stress, his doctor suggested he try managing his testosterone levels with stress management techniques and lifestyle changes.

So John cut out sugar, caffeine and alcohol and began meditating before going to bed. He also switched his synthetic duvet cover for silk and took up yoga.

Six months later, a follow-up blood test revealed his testosterone had returned to normal and his cortisol had dropped.

Now, John rarely suffers from night sweats and his other symptoms have abated — though he does find that if he gets very anxious or eats too much junk food, they return.