The coming resignation of White House counsel Don McGahn to join the private sector is leading to new claims that the president’s daughter, Ivanka Trump, had a hand in his departure.

President Donald Trump announced on Twitter Wednesday that McGahn’s exit from the White House would come this fall. Trump issued the tweet just hours after an anonymous report that the White House counsel was on the way out.

The news followed a New York Times story last month that White House aides were surprised to learn the extent of McGahn’s cooperation with special counsel Robert Mueller – something that Trump said himself happened with his own express approval.

Nevertheless, Ivanka Trump and her husband, Jared Kushner, have been identified as among those displeased with the cooperation story. She ‘complained bitterly’ to her father about it, the Times reported Wednesday afternoon.

The report also identifies her as a suspected source for an Axios report that accurately forecasted McGahn’s departure. Ironically, the report came on a day when Trump blasted anonymous sources as not to be believed.

The story notes that McGahn has been a ‘frequent target’ of Ivanka and Kushner, and states that McGahn believed the story got planted to force the president to go forward and announce his departure from the White House.

Kushner survived reports last year that his days in the Trump White House were numbered. He was singled out for praise by the president in hammering out a new trade deal with Mexico. Mexican President Enrique Pena Nieto also acknowledged the president’s son-in-law, who made an on-record appearance in a press call organized by the White House.

Despite the palace intrigue, President Trump hailed his retiring White House counsel as the president revealed he personally gave the green light for McGahn to submit to interviews with special counsel Robert Mueller’s investigators. 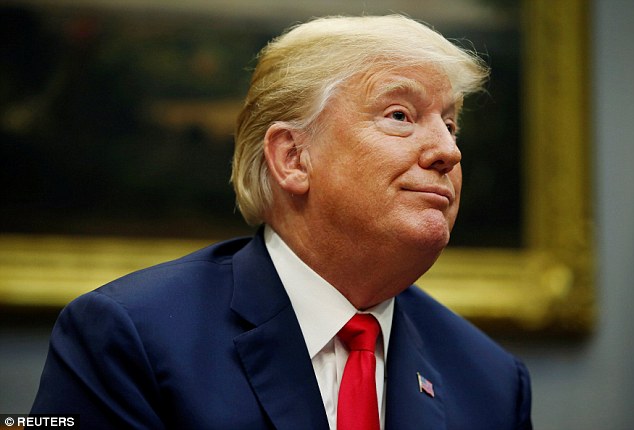 Trump lauded McGahn hours after he broke the news of McGahn’s retirement on Twitter – not only to the nation but to McGahn himself.

‘He’s a good man. Very good man. Don – excellent guy,’ Trump said of the lawyer who was reported to have spoken to investigators for 30 hours.

‘Don McGahn’s a really good guy. Been with me for a long time. Privately before this he represented me,’ Trump said, saluting the inside lawyer after reports there have been strains in their relationship for months.

Trump said he didn’t have a problem with McGahn talking talking to Mueller, whose Russia probe has gone on for more than a year. 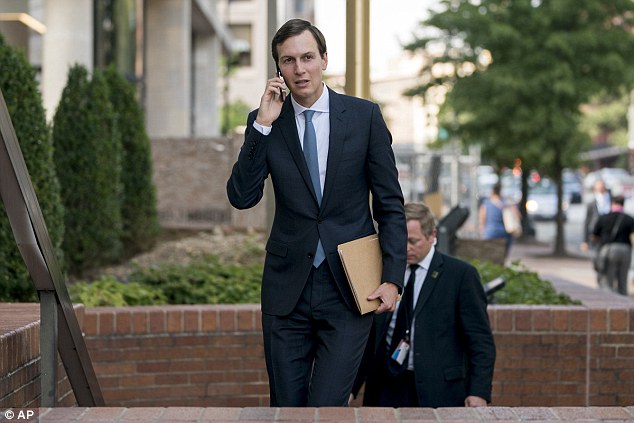 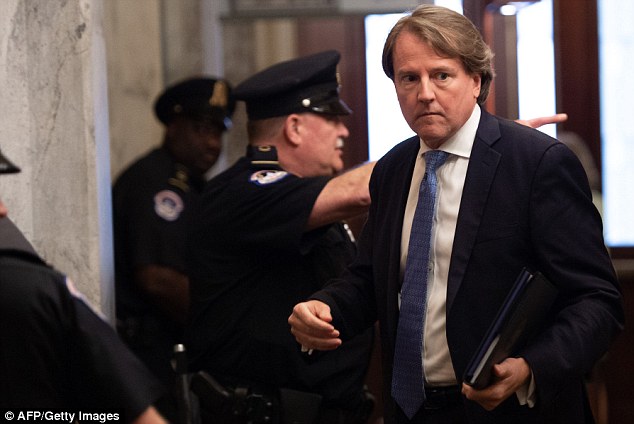 Then he added: ‘I knew he was going also. You know, I had to approve it. We didn’t claim executive,’ Trump said, ending his thought, and likely referencing executive privelege.

Earlier Wednesday, Trump announced that McGahn – who cooperated with Special Counsel Robert Mueller but whom the president defended as not being a ‘RAT’ – will be leaving his post. 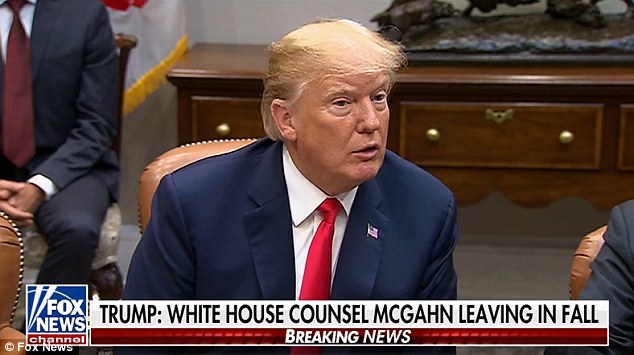 Trump lauded McGahn in comments from the White House

The Washington Post reported that McGahn learned about his departure from the tweet, without getting advance notice. 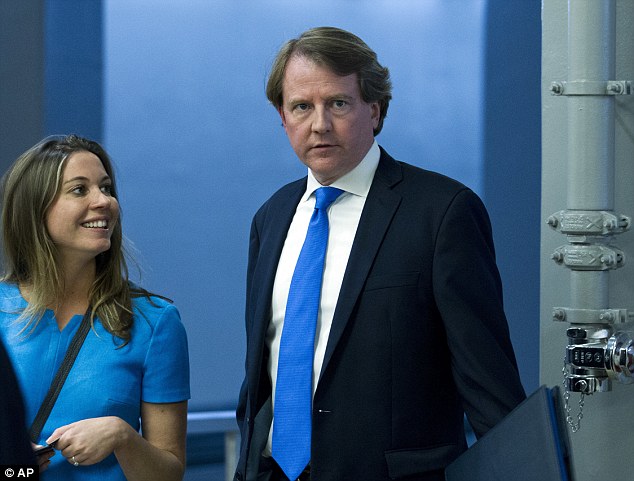 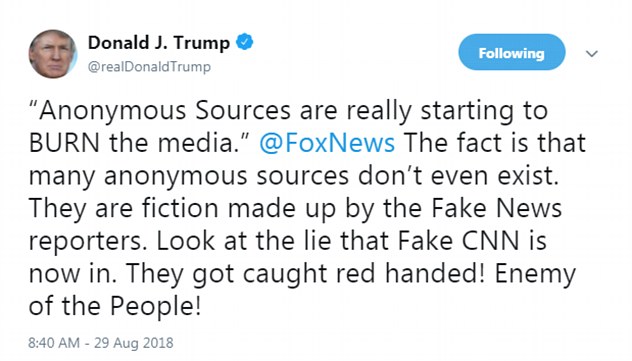 McGahn previously served as a commissioner on the Federal Elections Commission and as the top lawyer on Trump’s campaign.

He also oversaw the successful confirmation of Justice Neil Gorsuch to the Supreme Court, which Trump touts as one of his main accomplishments.

Out of the spotlight, he has also helped steer Circuit Court and District Court judges through the system.

Not all the nominees went through in the push to bill benches at the start of Trump’s term.

Brett Talley, who was a 36-year old Justice Department official, withdrew despite clearing the Judiciary Committee after with a unanimous unqualified rating from the America Bar Association. It emerged that he failed to disclose blog posts he penned under a pseudonym including one backing the early Ku Klux Klan, as NPR reported. He also didn’t disclose he was married to McGahn’s chief of staff.