On a press call Wednesday, senior administration officials explained that Huckabee Sanders was tagging along too because she is a ‘senior member of this administration’ and ‘a trusted adviser the president.’ It helped that she’s a woman, too.

‘And also Sarah’s going as a female to help cheer on all of the female athletes and highlight the women’s sports and success our female athletes have had at this year’s Olympic games,’ a White House official said.

So far, the White House couldn’t say which events the American delegation might take in, or who of the athletes competing they might meet.

The White House confirmed Wednesday that Press Secretary Sarah Huckabee Sanders (pictured) would be traveling to PyeongChang, South Korea, as part of the U.S. delegation that will attend the Olympic games’ closing ceremony. The delegation is being led by Ivanka Trump 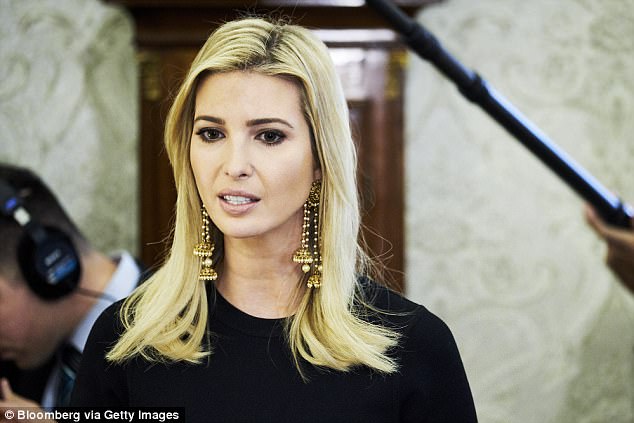 The White House Wednesday pushed back on South Korean media reports that suggested Ivanka Trump (pictured) would receive a VIP welcome in the country when she leads the U.S. delegation to the Olympic games’ closing ceremony later this week 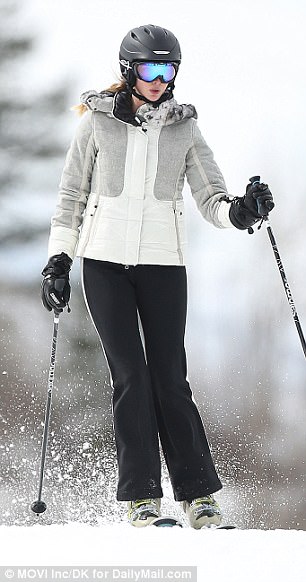 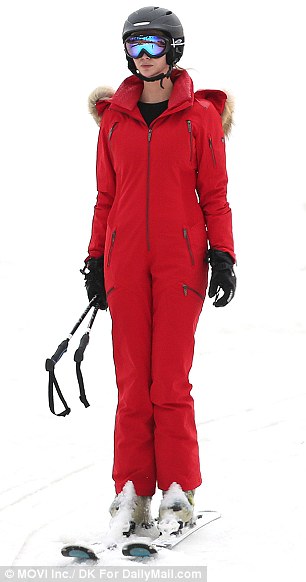 White House officials noted that Ivanka Trump, seen skiing on two separate occasions, is a winter sports enthusiasts, which is part of the reason she’s leading the American delegation to the Olympic games 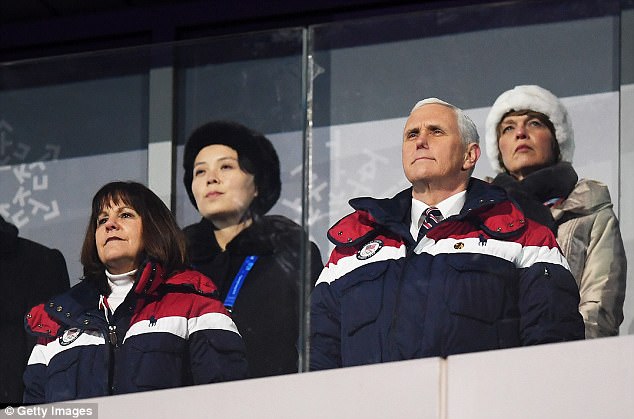 Other members of the U.S. delegation include Sen. James Risch, a Republican from Idaho, General Vincent K. Brooks, Marc Knapper, the official currently in charge of the U.S. embassy in Seoul, and Shauna Rohbock, a soldier in the National Guard, who’s an Olympic bobsled coach.

On the call the White House also articulated that Ivanka Trump would not be receiving special treatment, as the South Korean news reports suggest.

The South Korean newspaper Chosun Ilbo said the country’s leaders were rolling out the red carpet for the first daughter, treating her like she was the American first lady, as a negotiating tactic to get the U.S. on board with the plan to have an ‘inter-Korean summit.’

‘I think Ivanka and the members of the delegation will be treated as members of the presidential delegation and nothing different than that. That is how she is going,’ the official told reporters on a press call Wednesday.

The White House also made clear that the top White House adviser would not be meeting with any North Koreans on her trip, including defectors from the rogue nation –  a move that could have further rattled relations between the upper part of the Korean peninsula and the U.S.

‘The real purpose of her trip is to highlight the American athletes and show our strength and our resolve with South Korea, that’s really the purpose of this trip,’ a White House official said.

The White House also made sure to mention that Ivanka Trump would be flying commercially to Seoul.

Chosun Ilbo reported Monday that President Moon Jae-in would likely dine with Ivanka Trump and might accompany her to some of the sporting events in Pyeongchang too.

‘The government apparently wants to soften her up so [President] Trump agrees to a mooted visit to Pyongyang by President Moon Jae-in,’ the article in the English version of the paper said.

An unnamed ruling-party lawmaker told the paper, ‘You can say that Ivanka Trump holds the key to convincing the U.S. government. We will provide all the support we can in terms of diplomatic protocol.’

‘Ivanka enjoys sports and especially skiing, so we are discussing having the president travel to Pyeongchang with her to watch a skiing competition,’ the source said.

The White House acknowledged that it was President Trump’s idea to send his daughter, who ‘eagerly accepted the opportunity.’

A senior Trump administration official added, ‘She’s also, I think it’s fair to add, something of a winter sports enthusiast, so there’s a personal interest there too.’

The South Korean newspaper report also said the government planned to shower Ivanka Trump with gifts to take home to her three young children, two boys and a girl.

While the White House knocked this sentiment down, officials did say that the reason Ivanka Trump is heading to Seoul first is to dine with President Moon.

Then she’ll spend Saturday and Sunday taking in sporting competitions at the Olympic games, with the closing ceremony scheduled for Sunday night.

The South Koreans are trying to ensure their treatment of the American first daughter is in line with the welcome they gave to North Korean leader Kim Jong-un’s sister, Kim Yo-jong, who attended the opening ceremony of the Olympics, but has returned to the so-called ‘hermit kingdom’ since.

At the ceremony, she was seated almost directly behind Vice President Mike Pence, who did not engage with her.

Pence, according to American officials, also didn’t snub North Korean’s head of state at a dinner with President Moon, as South Korean media suggested, according to CNN.

The network additionally reported Tuesday that Pence was set to secretly meet with North Korean officials, the vice president’s office confirmed, but the North Koreans pulled out at the last minute.

‘North Korea dangled a meeting in hopes of the vice president softening his message, which would have ceded the world stage for their propaganda during the Olympics,’ Nick Ayers, Pence’s chief of staff, said.